You are at:Home»Current in Zionsville»Boone Co. Chamber awards 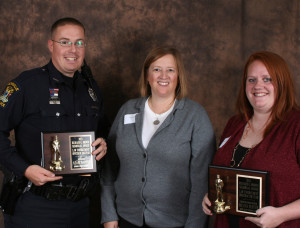 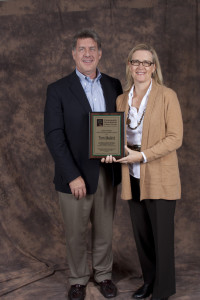 Tom Melind, left, received the Philanthropist of the Year Award.

“I was honored to be with great people and deeply honored to receive this grand award. Our success is because of factors such as making the finest wines, great customer service, and a very strong drive to succeed. Bundle that with the support of this awesome community and it makes succeeding a little easier,” stated owner Ron Hopwood.

The Chamber accepted bids from the community before coming to its decision. The business, created by Ron and his wife, Janet, was touted as a business that “gives back, but also gets involved.” Other Zionsville award recipients include Adam Harper, who received the Richard G. Brown Memorial Law Enforcement of the year, Derek Grimm, recipient of the Teacher of the Year award and Tom Melind, who took home Philanthropist of the Year. For more on the Boone County Chamber of Commerce, visit www.boonechamber.org. 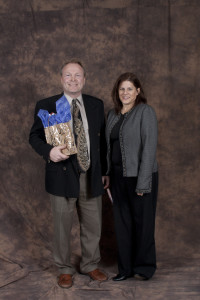