You are at:Home»Current in Fishers»Lantern Road Elementary honors veterans 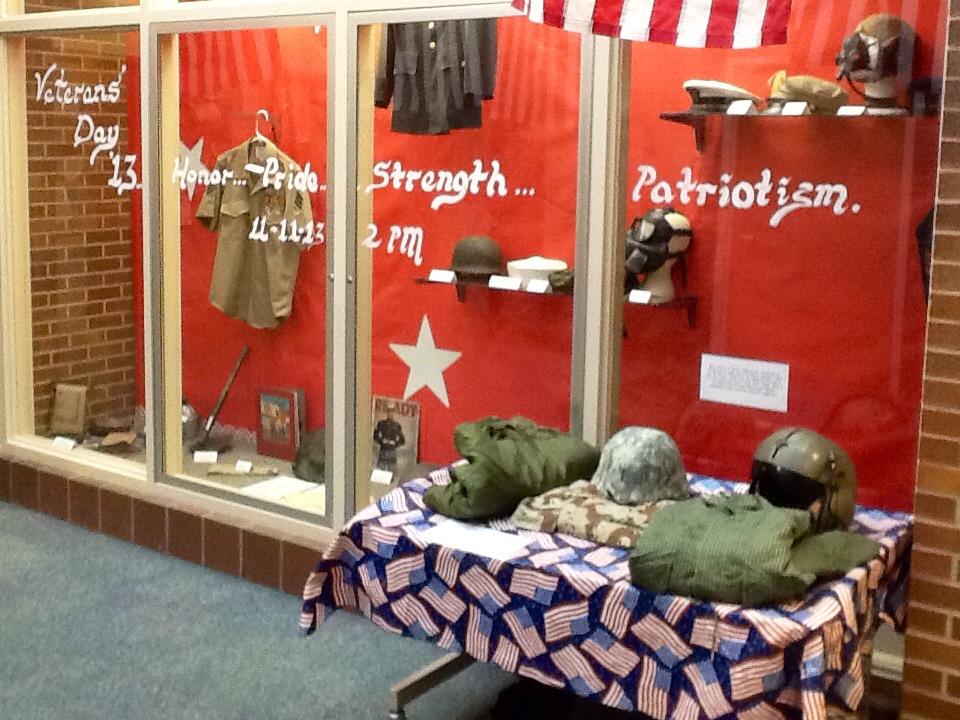 Veterans were honored for their service and sacrifice yesterday at Lantern Road Elementary, where the school’s annual popular Veteran’s Day program was held.

Organized by the LRE related arts teachers, this year marks the 15th year for the show. It was originally started by music teacher Connie LaRocco and art teacher Carrie Billman, whose husbands are both Gulf War veterans.

LaRocco explained that the LRE students invite the veterans (usually family members) and that this year they invited 105, including five World War II veterans and one Korean War veteran.

The show is for veterans; they are allowed to bring one guest and the students perform. This year the kids wore red, white, and blue, and sang nine songs while their artwork was displayed in a PowerPoint presentation. Students also brought in photos of their veterans that were shown during the performances.

The LRE Theater Club presented a short play based on the children’s book, “Imogene’s Last Stand” and the third- and fourth-graders wrote letters and poetry that were included with the written program.

“The highlight of the program every year is when the students sing the Armed Forces Medley,” Billman said, “and the veterans stand to be recognized by their branch of the military.”

After the show, students escort their veterans to one of three patriotic bulletin boards where they could pose for photos. There was also a “Try on Table” where kids could try on combat boots, jackets and helmets.

“The show is different every year, but the main theme is showing respect and appreciation to our veterans,” Billman said. “The students take this show very seriously and are honored to have the opportunity to thank so many veterans who have served our country.”