You are at:Home»Current in Westfield»Opposites attract in new ATI show 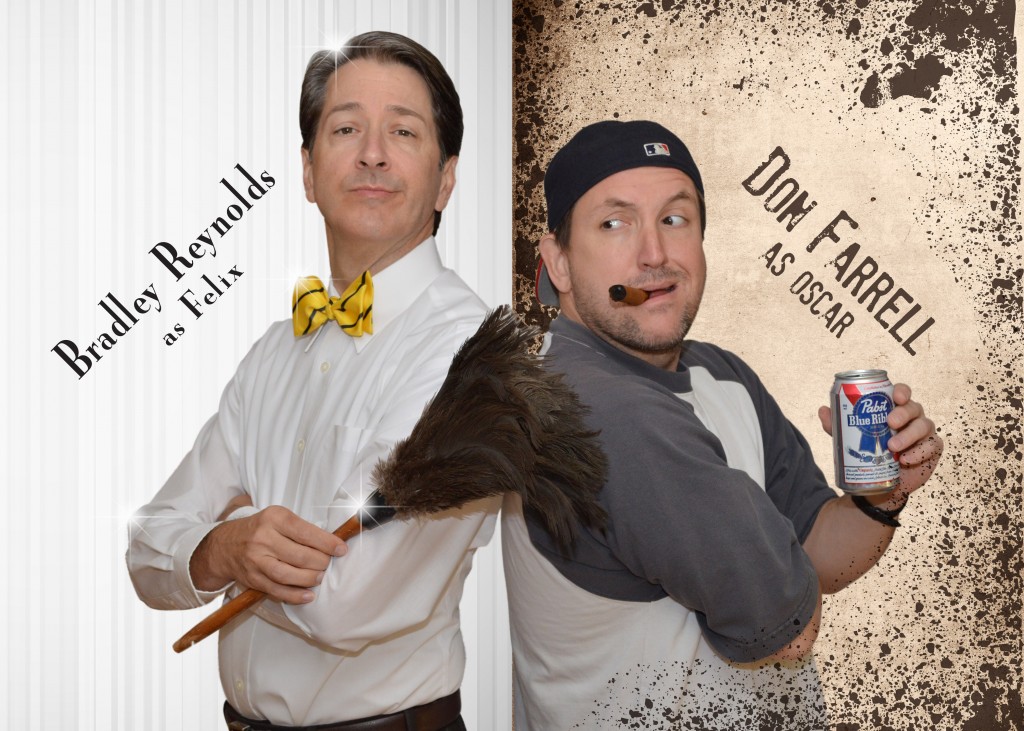 What do an uptight, neurotic, clean freak newswriter and a carefree, worry-free, mess making sportswriter have in common? Other than the writing, apparently nothing.

Dig a little deeper and you’ll find that sometimes even polar opposites attract. We can all learn something from people who might not be our mirror image, but might be able to show us something about ourselves.

“The Odd Couple” was written in 1965 by Neil Simon. On Nov. 1, Actor’s Theatre of Indiana will bring the beloved characters of Oscar and Felix to life on the Studio Theater stage through Nov. 17. The play is directed by Jeff Stockberger and stars ATI artistic director Don Farrell as Oscar and Bradley Reynolds as Felix.

“This is a faithful rendition of the original stage play,” Stockberger said. “I’m treating it as a period piece, and it takes place in 1965. We pay homage to the movie as well. I want people to feel as if they’re seeing it for the first time, again.”

Reynolds, an Indianapolis native, returns to Indiana after working on Broadway.

“I love this show,” he said. “It’s the quintessential Neil Simon play. It’s funny, but the characters also learn from each other and grow by the end of the show. When Oscar says to Felix, ‘You’re my best friend,’ he really means it, and even though they can’t get along living together, they each make the other a better person.”

“Bradley and I have been friends in real life for so long, and we have each been each other’s Felix or Oscar over the years,” Farrell said.

Other cast members include: Carrie Fedor and Katy Gentry as the British Pigeon sisters who live upstairs, and Adam Crowe, Jeremy Grimmer, Darrin Murell and Dave Ruark as the poker buddies.

Tickets are available by calling 669-7983 or online at www.thecenterfortheperformingarts.com.