You are at:Home»Current in Carmel»Carmel Community»Tribute band brings back ’70s flair 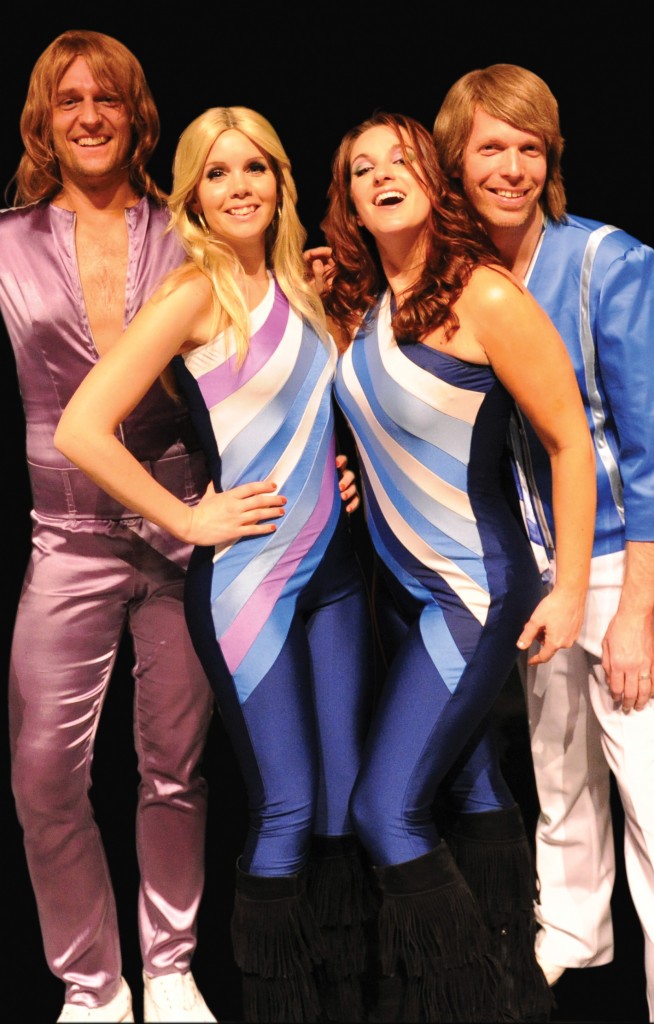 ABBA – The Concert, a tribute band, will perform at the Palladium at 7 p.m. on Oct. 20. (Submitted photo)

A tight white polyester leisure suit is not exactly red carpet fodder for an event at the Palladium –  until now.

The Center for the Performing Arts is inviting guests to unpack their bell bottoms and gold scarves for an “ABBAtastic” costume party to welcome ABBA – The Concert on Oct. 20.

The show is billed as a live musical extravaganza celebrating ABBA, the famous Swedish band that sold more than 370 million records worldwide and inspired the popular Broadway musical, Mamma Mia!.

ABBA – The Concert follows the quartet through songs from their Eurovision beginnings in 1974 with hits such as “Dancing Queen” and “S.O.S.”

The internationally acclaimed tribute band features an original member of ABBA’s percussion section at each performance. Drummer Roger Palm, who played with ABBA from 1972-1979, will appear with the tribute band during their performance at the Palladium.

“We’ve been playing the show for a little bit over a decade – many of the same places and same venues – people are happy and satisfied with the show. It’s a very nostalgic crowd,” said Nate Smith, the tribute group’s spokesperson. “A tribute band selling out huge stadiums band is pretty iconic.”

“Over the next week, we are planning social media posts that will encourage guests to make the night a party – including dressing in ’70s clothes,” said John Hughey, Director of External Relations for The Center for the Performing Arts.