You are at:Home»Current in Fishers»Young Republicans have new leader

When the new generation of the Hamilton County Young Republicans hits the ground running in preparation for the next election cycle, Abby Weingardt, 25, will be leading the way. 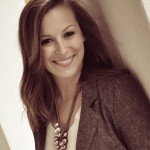 The newcomers are in good hands, says Mike Neal, statewide chairman of the Young Republicans, who appointed Weingardt to the position.

“Abby is very impressive. She’s very organized, very personable. She’s a great administrator, but she has the social aspect of it down too – the event planning and relationship building. She relates very well with people,” Neal said.

She had a good teacher. Her father, Fishers Town Council President John Weingardt, was elected in 2011. His daughter ran his campaign from start to finish, at the ripe old age of 23.

“It was my first campaign that I had run everything from fundraising to campaigning to election day strategy,” she said.

Being in the trenches of a campaign with her father was a unique experience she treasured, Weingardt said.

Other learning experiences that have helped this young politician prepare for her current role include working for former Gov. Mitch Daniel’s campaign in 2008 and Gov. Mike Pence’s campaign in 2012.

As far as skills key to her and the organization’s success, Weingardt said it all starts with building a solid foundation.

“I definitely think the grass roots coordination is the most beneficial,” she said. “Getting people motivated to come work for the Republican party. We need to put them to work now and start focusing on strategizing on how to win the 2014 elections.”

And lastly, why join the Hamilton County Young Republicans?

“The main reason is that the under 40 crowd is the next generation of Republicans,” she said. “If we’re not engaged in the party now, I think that will play into the future and the ability to get Republican officials elected.”

Although specific details about the change in guard were not available, Weingardt was selected to lead the organization after former chair Marietto “Mario” Massillamany was arrested and charged with drunken driving in Fishers on July 7.

However, Weingardt said the arrest had nothing to do with his being replaced. She said the decision was made because he was not fulfilling the duties of the position.

Massillamany was stopped by a Hamilton County Sheriff’s Office deputy for speeding after police say he was doing around 60 miles per hour in a 35 miles per hour zone in the 5300 block of 96th Street. During the stop, Massillamany submitted to a certified blood test. He was charged with OWI previous conviction and OWI with a blood-alcohol content between .08 and .15

He was booked into the Hamilton County Jail where he later posted bond and was released for a future court date. Massillamany is a former deputy prosecutor for Hamilton County and is an attorney. The July 7 arrest was his third drunken driving arrest since 2000.