You are at:Home»Current in Zionsville»Fitness meets form during the Golf Combine

In today’s society, the game of golf is undergoing some changes. What was once just a leisure activity now is being used not only to help facilitate business contacts, but also for people looking for some exercise. Yes, if people want to play like a pro on the course, it often starts with working out in the gym. 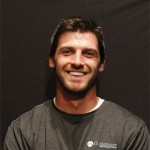 This pairing of fitness and game technique is how Suttle’s group came up with the idea for the Golf Combine.

“We’re partnering with the Golf Club of Indiana for a six-week program. We’ve developed a program that will work on the fitness of golf while creating some friendly competition between golf buddies,” Suttle said.

The program is broken down into three phases. The first week will focus on testing, with groups heading to the KS Platinum facility to be measured on things like movement, power and strength.

“This will help us get an accurate look at how various components of physical fitness are affecting your golf game,” Suttle said.

The second phase is training. During a four-week period, Suttle said people can attend two fitness sessions a week. On top of that, the Golf Club of Indiana is providing a free bucket of balls each week to all participants.

“That way you can really put what you’re learning to use,” Suttle said.

The final phase is to retest and give out awards. During the final week of the program, people will be retested to see how much they’ve improved their golf game.

“We’ll have an awards ceremony out at the Golf Club of Indiana when the program wraps up,” Suttle said.

Prizes include a free round of golf at the Golf Club of Indiana, golf shoes and golf balls.

“If you put in the effort, you will get better,” Suttle said. I tell people it’s like buying a new golf club. You could spend $400 on a new driver, or about the same amount on yourself and make a long-term fix not only in your game, but your health as well,” Suttle said.

Registration for the Golf Combine now is open and will be accepted until Sept. 9 which is when the program starts. Standard pricing for the program is $299 a person unless you register with a group of four or are already a member of the Golf Club of Indiana. If you’d like to sign-up or learn more about the Golf Combine, visit www.ksplatinum.com or email Suttle at Keith@ksplatinum.com.