You are at:Home»Current in Westfield»Pepsi pays $2M to pour at Grand Park

PepsiCo will be the official beverage provider at the Grand Park Sports Campus after entering a 10-year agreement with the City of Westfield that provides the city with approximately $2 million. The agreement is effective Sept. 1.

“We are thrilled with the partnership,” Westfield Mayor Andy Cook said. “It’s a huge announcement. The first of several key parts for naming and sponsorship rights.” 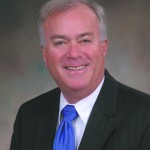 Cook said PepsiCo will pay a $500,000 down payment in September and pay the remaining balance evenly for the next nine years (approximately $150,000 a year). The funds will be used to cover the city’s portion of operating costs, which are also shared by Indiana Youth Soccer Association and the Indiana Bulls.

“It will be used to run the park. Some may be used to provide a playground or other enhancements,” Cook said.

“It was between Coke and Pepsi. Pepsi got very aggressive. They sell the No. 1 sports drink, Gatorade, which I think will be their primary focus out here,” Cook said. ‘We know our visitors will enjoy the wide array of beverages PepsiCo offers.”

Cook said the city is in negotiations with “several (advertisers) right now” and the pouring rights agreement with PepsiCo is the first domino to fall.

“This new partnership is a great way to bring PepsiCo’s vast portfolio of beverages to visitors of Grand Park Sports Campus. We’re excited to be a part of this impressive new complex and to begin our relationship with the City of Westfield,” said Ron Epperson, senior sales manager at PepsiCo Foodservice.