You are at:Home»Current in Noblesville»Westfield family’s horse killed by stray bullet

Kelsie Lancaster is looking for answers to who killed her beloved horse, Doc, in a freak accident at her family’s rural Westfield home on Memorial Day. 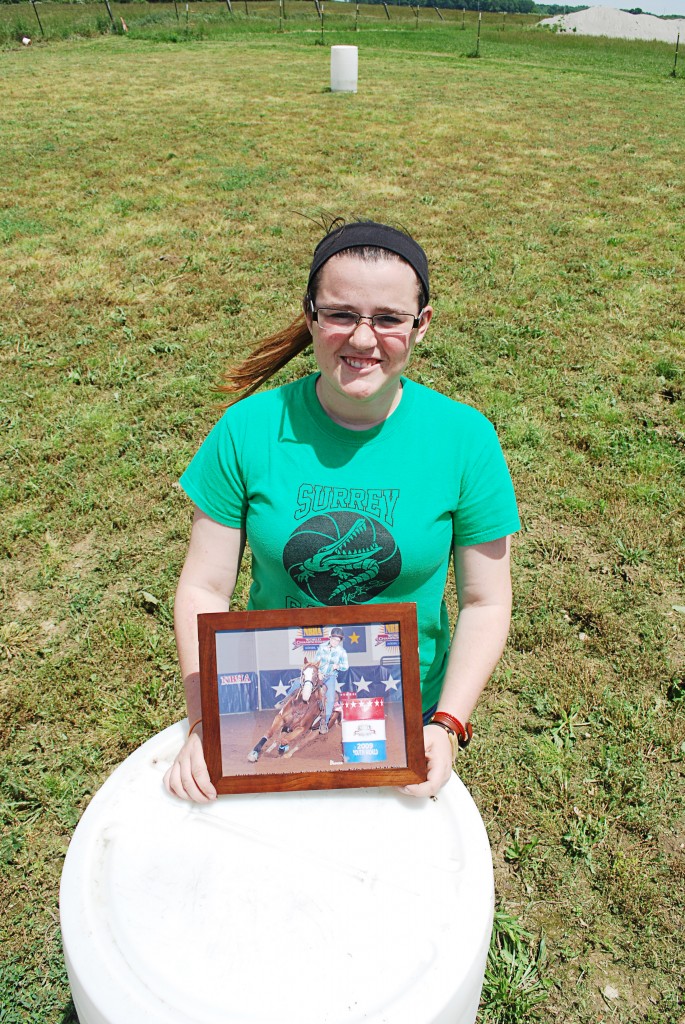 Kelsie’s mother, Karen, was mowing the family’s pasture and had her attention on the horses when she saw an unsettling sight around 3:45 p.m. May 27.

“He flipped his head up in the air, fell to his knees and then the ground,” said Kelsie, 21, who was also watching her horse. “I first thought he was having a seizure, but his legs went really rigid. I was out the door by the time he hit the ground.”

The Lancasters immediately called veterinarian Bruce McDavitt, who arrived five minutes later. McDavitt gave Doc medicine to prevent colic and pain killers as the group tried to diagnose why blood was coming from the horse’s head.

“We went through every possible injury – a rock from the mower, but it was blowing in the opposite direction; it was not the shape of a kick from another horse or matched the shape of the post,” Kelsie said. “All the time, we weren’t really sure what had happened.”

What happened, according to police, is that a stray bullet struck Doc.

“They took it very seriously,” said Kelsie’s father, Kent, adding that metal detectors were used to try and find the bullet after it was not found on x-rays of Doc’s head and neck. “They were out here four days in a row. I’ve been really impressed with the (Westfield) police… They want to prevent this from happening again.”

Doc went into shock and his condition worsened. While keeping an eye on his vitals, McDavitt informed the family that the bullet would be fatal as he was brain dead.

“He had struggled a lot,” Kelsie said. “From muscle memory, he kept trying to get up but he kept falling. He was going to break a leg if he kept getting up.”

The Lancasters made the decision to put Doc out of his misery and prevent him from injuring himself further. X-rays of his head afterward showed Doc had skull fractures.

Kelsie got Doc as a birthday surprise in 2007.

“I was super excited when I got him. I cried,” she said.

The family was looking for a larger horse for Kelsie to barrel race with. Doc was a retired racehorse and word of mouth spread that his owners were looking to sell him.

“For some reason I just knew I liked him from the beginning. I jumped on him without any hesitation,” she said.

Kelsie said Doc was “a special horse” with gentle eyes and calm demeanor.

“He was more aware of you than you were of him. He was a horse I put a friend on if they had no idea what they were doing,” she said. “Nothing scared him much and he was always making us laugh.” 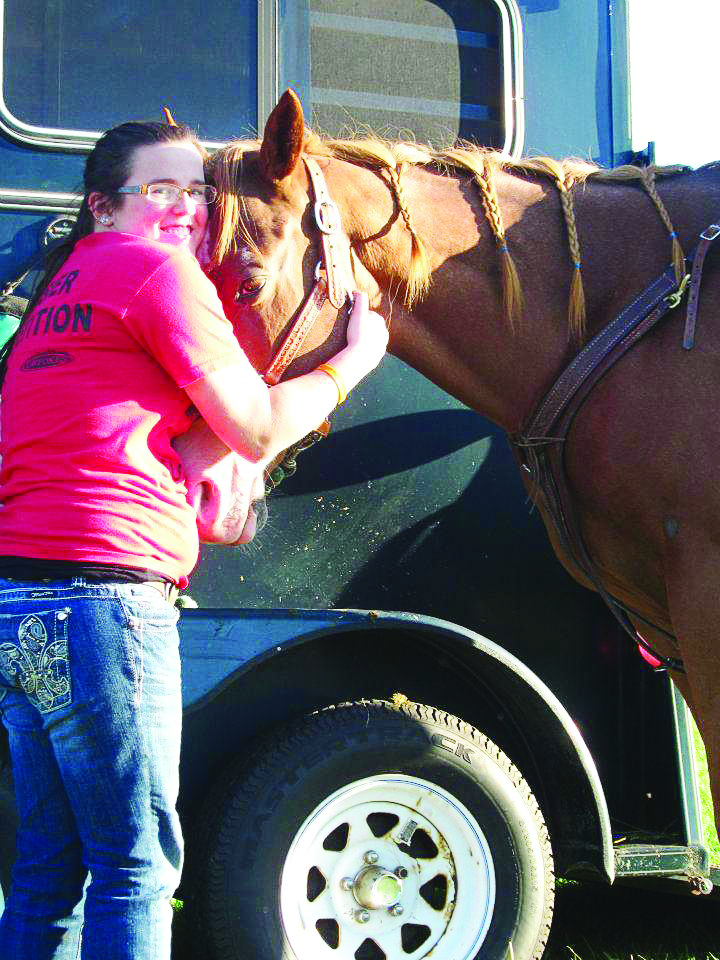 Doc joined Kelsie at Purdue for one year when she was Ms. Purdue Rodeo Association 2012. He returned to the Lancaster home this school year to heal from an injury. Throughout their six years together, the two competed in the National Barrel Horse Association Youth Worlds in Jackson, Miss., following Kelsie’s sophomore, junior and senior years at Westfield High School.

“The trust between the two of us, I can’t explain it,” Kelsie said. “You’re on top of 1,100 pounds of pure muscle with a mind of their own running as fast as they could and slamming on the breaks to round a barrel. People fall off all the time. I had complete trust he would go in there, turn the barrel and keep me safe. After six years, we were at the point where we were in such synchronization. I knew what he would do before he did it.”

Kelsie, a senior majoring in sociology and criminal justice with a minor in forensic science, said Doc was more than a pet.

“A bond with a horse is not like anything else. Only people who experienced that bond understand the intensity of it,” she said. “The only way I can begin to explain it is like a bond with your dog or best friend. He was an animal, but the bond is so strong. Moving on is something I’m trying to do. It’s hard, very, very hard.”

While the family is mourning the loss of their horse, they are grateful. Karen was mowing approximately 55 feet away from Doc and 100 feet from their home.

“We were lucky it wasn’t my mom. I’m glad we’re not burying her,” Kelsie said.

“She was in between the horse and the shooter – in the line of fire,” Kent said. “It could have been someone’s backyard with a swing set. I know it had to go by her or over her.”

The Lancasters, who live on Joliet Road, said it is not uncommon to hear gunshots in their area a couple of times each week but did not hear one at the time of Doc’s shooting – making them believe it was fired a mile or more away. The family is quick to say this is not a gun control issue but a safety and responsibility one.

“It’s ignorance,” Kent said. “It isn’t the firearm that did the damage, it’s whoever put their finger on the trigger when it wasn’t pointed where it should have been pointed. Know your target and what’s beyond it. It’s about safe shooting. There are so many families around here.”