You are at:Home»Current in Zionsville»Mom-Preneurs

Mothers dominate the business scene all around town 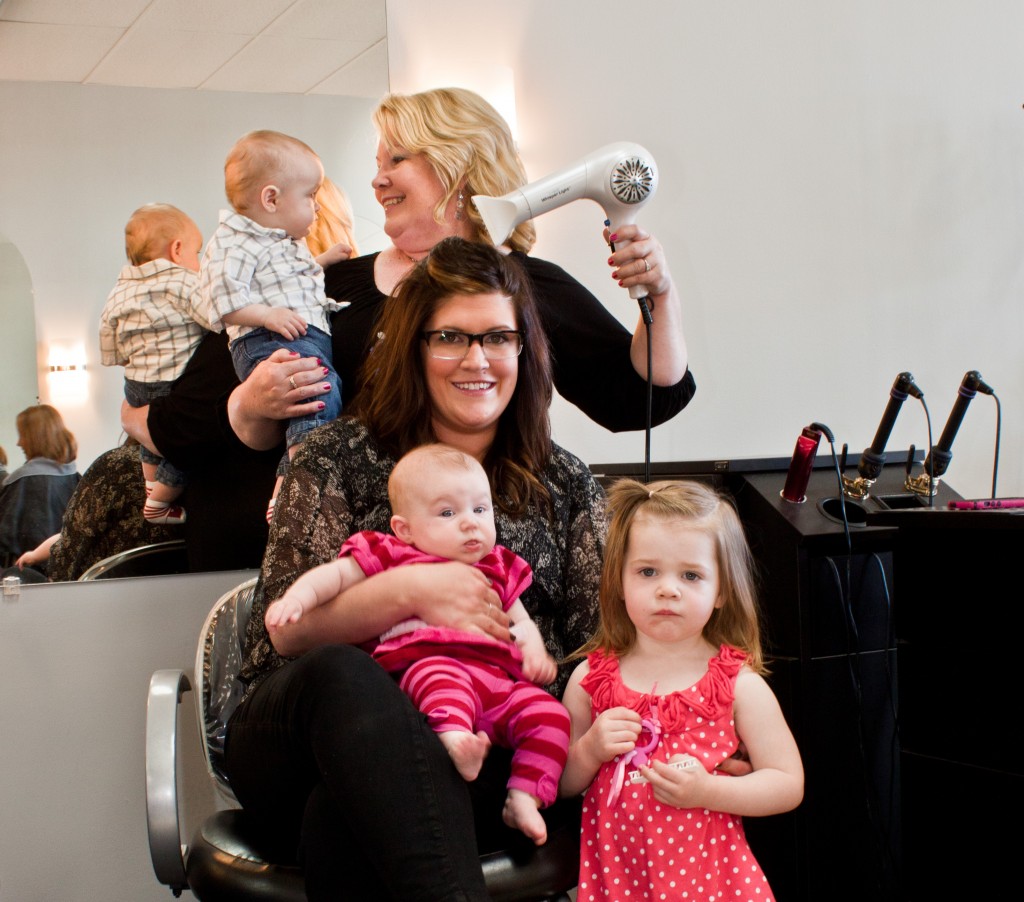 “Who are the moms who own businesses in Zionsville?” What started as a simple question quickly took on a life of its own and, after two days of walking the streets, it became an overwhelmingly long list. Because of space and time limitations, 36 were all that would fit in this story and each had a story to tell. Some about expanding and reshaping an existing business, but most involved starting a business from just an idea. One thing they had in common was the sacrifice and challenges of raising children and leading a business at the same time with the support of family and friends along the way.

“Let me put this baby down,” Sherry Paul said when she answered the phone. As mother, grandmother and owner of Salon Eclipse, she has her hands full, literally. Opening in 1990, her business was the first one in the strip mall at the northwest corner of Oak and Ford roads, but her passion for hair started at a young age.

“My mom always said that I cut my doll’s hair and would give them perms, but I planned to be an art teacher,” Paul said.

With encouragement from her dad and husband, her plans changed to what she loved to do – cut hair. She attended beauty school, got her license, and worked at Village Hair on Main Street for 10 years. When her children were 7 and 9, she opened her own salon when the strip mall was complete. As a girl scout leader, room mother, church deacon, and shuttling kids to and from sports and activities, it was a busy time.

“It’s one thing to work behind the chair, but another to own the business and juggle kids. There’s always paperwork, laundry, and cleaning to do,” Paul said.

Today, she is still juggling with managing her business, cutting hair and taking care of her three grandchildren. Her days are usually 12 hours long with babysitting her grandchildren three days a week and some Saturdays and working at the salon the other two. She credits her business success and ability to juggle to her supportive staff and family and her loyal customers who span generations.

“Out of 10 girls on staff, eight are mothers who also are juggling their schedule. We help each other out,” Paul said. “I care about our clientele. I also love what I do. I love cutting hair. The personal touch has more to do with it than anything.” 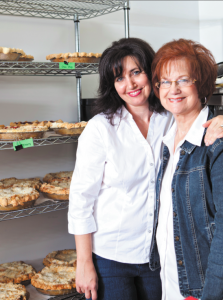 “I wanted to get them out of diapers before I started,” Kelly Maucere, owner of My Sugar Pie, said.

Her sons were ages 3 and 5 when her pie business was born at the Zionsville Farmers Market. Her inspiration started at a breast cancer three-day walk in October 2007. On the drive home, the sense of accomplishment inspired her to turn her hobby into a business and, with a random dinner conversation, it became a reality.

“We were having dinner at the Cobblestone Grill and were talking about the need to have a commercial kitchen,” Maucere said, “We started talking to the couple at the next table and later learned it was Kent and Liz Esra, the owners.”

“It worked because, if the kids were sick, I didn’t have the commitment of having to be in a shop,” she said.

As the boys grew, so did her business. In August 2011, she expanded, opening My Sugar Pie on Pine Street.

Today, Maucere’s pie business is flourishing with 10 to 15 staff members, and her pies are on menus throughout Indianapolis at St. Elmo’s, Omni Hotel, Harry & Izzy’s and, of course, Cobblestone Grill. She has reached national recognition, being voted the top 10 best mail-order pie companies in Country Living magazine and included on national talk radio with Darla Shine. In a day, her ovens bake an average of 100 pies, with up to 300 per day during holiday seasons, and she is looking to expand to a second location.

But, Maucere remembers the challenges along the way and how her supportive family got her through the late nights, little sleep and long baking days.

“My husband is a huge support,” she said. “He’s exceptional in that way.”

Her mom and dad also have been an integral part of the business.

“My mom taught me how to bake, and my mom and dad both help me with the business. My dad peals apples and makes boxes, and my mom helps me bake when I need them. They’re awesome.” Maucere said.

Her mom also helped coin the name, “Sugar Pie,” as it was the nickname of Maucere’s two sons.

“Sugar pie kind of stuck,” she said. “Six months after I named the business, I found out that sugar cream is Indiana’s state pie!”

Despite her success, Maucere still makes family time a priority and is home when her boys get off the bus. She makes family dinner every night. She sees her entrepreneurial journey as an example for her boys, now 9 and 11.

“If I can start my own business, they can too,” she said. “It’s good for them to see that.”