You are at:Home»Current in Zionsville»Hoosier Trails

Paving the paths of tomorrow’s communities 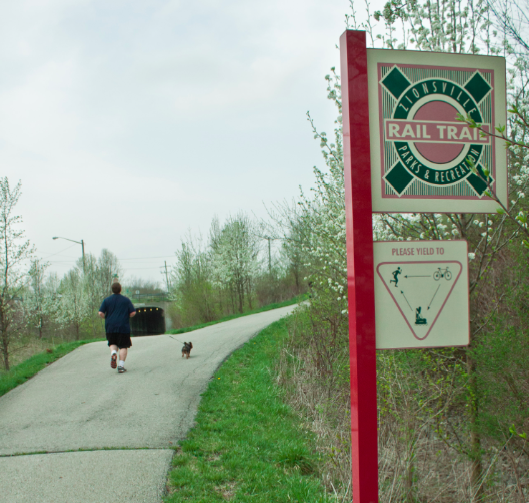 A new park is coming to town and extending a popular pathway, The Zionsville Rail Trail.

With the recent Town Council approval, the construction of the Heritage Trail Park is underway with a completion date of summer 2013. The projected cost of this park’s construction is $628,000, which is partially funded with a $200,000 DNR Land and Water Conservation grant. 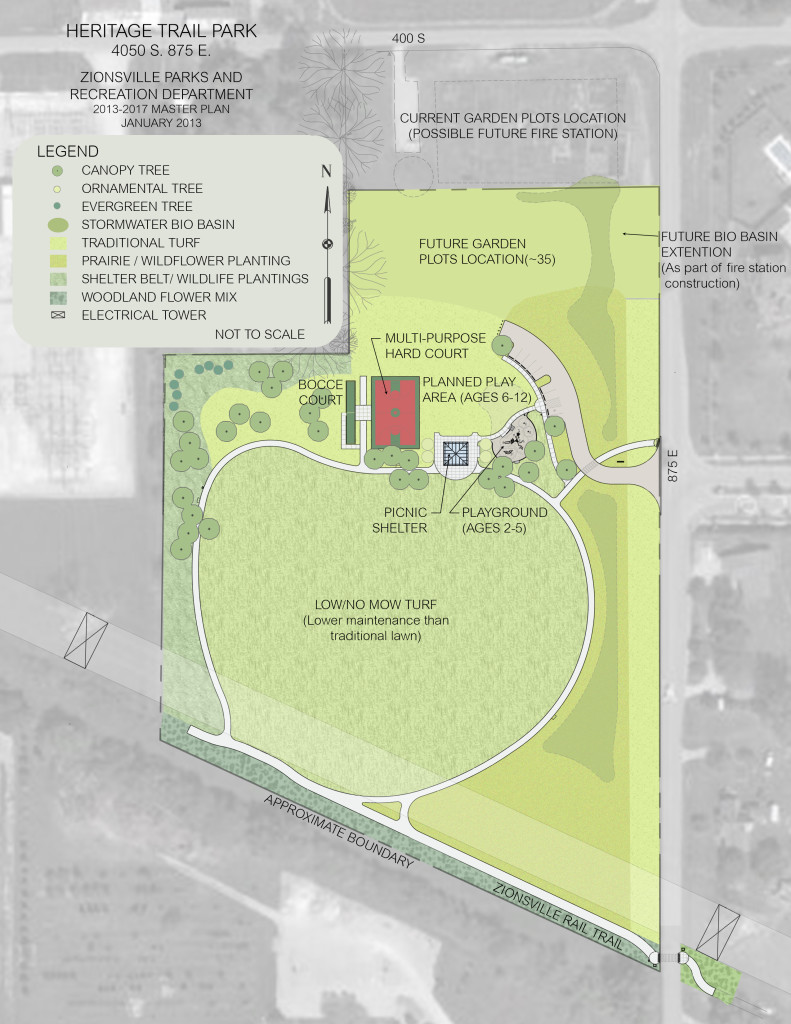 The park, at 4050 S. CR 875-E, will connect the Zionsville Rail Trail and will include features such as a playground, picnic shelter and community garden plots. It will also serve as a trail head where people can park their cars and take off on the trail.

As part of the comprehensive parks plan, new trails are completed each year. The town’s primary focus is to connect the neighborhoods, schools and parks via pathways which include sidewalks, paved trails and separated bicycle lanes. The chairperson for the Town’s Pathway Committee, Tim Cassidy, spoke about the committee’s role in the planning of the pathways.

“Our committee’s job is to create a pathways plan,” Cassidy said. “We recommend it to the Town Council and if accepted, it is adopted into the town’s transportation plan.”

The town’s street, parks department and pathways committee have worked in unison to plan and develop pathways such as the the recent connection at Town Hall and Zionsville’s Rail Trail, the Willow Road pathway and the 106th Street pathway. The economic and residential impact that trails and parks have on communities has been documented during the last decade.

According to a 2006 study by the Outdoor Industry Foundation, the active outdoor recreation economy contributed $730 billion annually to the U.S. economy.

Local realtor Zoe Moore with RE/MAX Ability Plus in Zionsville described the impact on local properties.

“For many home buyers, purchasing a home that is easily accessible to walking/biking trails is a major selling point,” Moore said. “While the trail may not directly increase the value of the home, it can definitely have an indirect affect since those homes often sell more quickly.”

In addition to the construction of the new park, Cassidy announced that the town recently applied for a designation as a “Bicycle Friendly Community” by the League of American Bicyclists. This will help Zionsville host bicycle-related events and increase traffic into the town.

“The town must meet the criteria established by the LAB,” Cassidy said. “We have met several of the criteria and hope to be a designated community in the near future.”

Cassidy is also the owner of Nebo Ridge Bicycles on Michigan Road near Zionsville. He and his staff support the Team Nebo Ridge, a group of bicyclists that gather at his store every Thursday evening and ride a distance of 17 to 36 miles.

“Team Nebo Ridge is the biggest club in the state and one of the largest in the country,” Cassidy said. “The club meets at our store and averages between 200 and 270 riders every Thursday.”

May is National Bike Month and Cassidy is planning to host an event in Zionsville to promote the community as a pathways and bicycle friendly community that works together, at all levels, on connecting the community through safe and enjoyable pathways.

The importance of these pathways, not only within Zionsville but also connecting to surrounding communities, is part of a larger plan. A tri -county project currently underway is the Indiana Farm Heritage Trail, a state designated, 50-mile rail trail that will someday connect with the Zionsville Rail Trail. It will run through Boone, Clinton and Tippecanoe counties with start/end points in Lafayette to the south side of Zionsville. The town has completed the separated bicycle lane along 106th street to U.S. 421 that will eventually pass through Carmel and connect to the Monon Trail.

“There are significant benefits to having a linear trail, similar to the Monon Trail in Carmel. They connect communities and give individuals a safe place to cycle, run, and exercise.” Phil Howard, president of the Zionsville Park and Recreation Board, said. “They have proven to be an economic windfall for the communities that embrace them.”