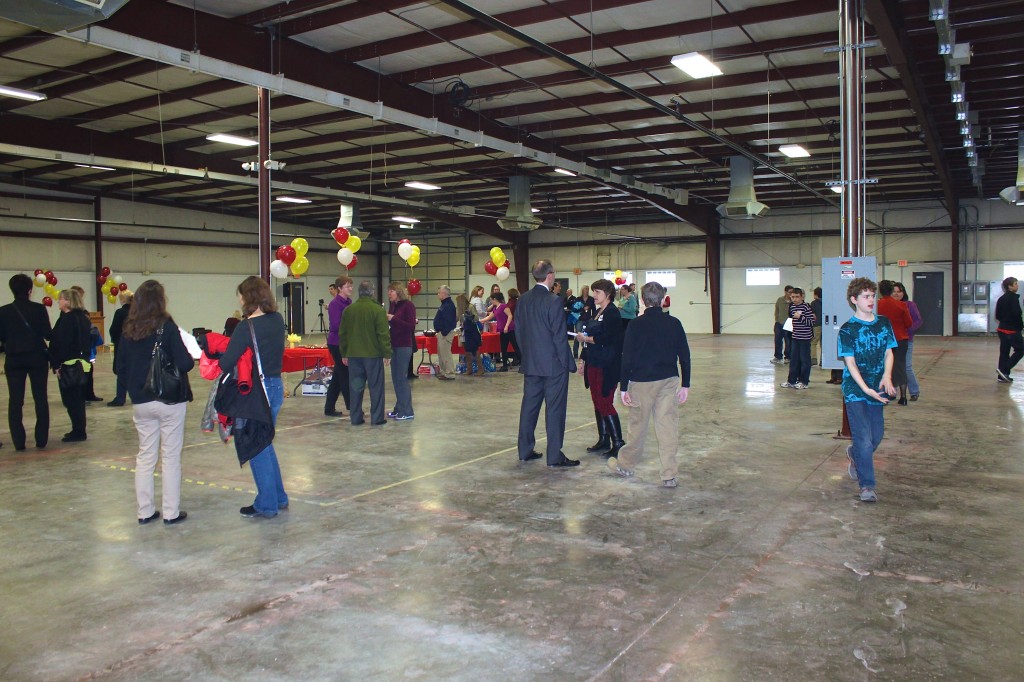 Parent, faculty and students enjoy the space which will become much-needed rooms for the academy including science labs, a music room, art room and teaching kitchen. (Photos by Colleen Peregrin)

The Midwest Academy, an independent school in Carmel, hosted a hardhat tour of its future facility last week. The new location on Chase Court will house two science labs, an art room with wet and dry areas, a full-capacity teaching kitchen and a fitness area.

“Going to school in an office building, and telling your friends that, really gets their attention,” student Winston Snyder said about the Midwest Academy’s current location on 801 Congressional Blvd.

Kim VanWassenhove, a mother of a student, believes the current facility is restrictive.

“(The school is) at the point now that if they do anything extra, they have to get on the bus and go somewhere else,” she said. “The current space limits what the school can do.”

With or without the extra space, the Midwest Academy makes quite a difference.

“We have been delighted in the change in our daughter, and not just academically but in her confidence in herself.” VanWassenhove said. “We actually live in Lawrence, and we drive all this way, and it’s definitely worth it.”

Alumni Sean Millard credits the school as the reason he received his high school diploma. The students often even think of the school as a second home. With small classes that never exceed 14, the students are introduced to an environment that is created to help those who learn a little differently thrive.

The new location is not a cheap, however.

“Right now, the total building construction is about $2.8 million,” said Myra Cocca, chairman of the school’s board. “We want to make this a community effort.”

Cocca also said that many people have been affected by children or people with a learning disability and that alone makes people appreciate the Midwest Academy’s purpose.

“They can be a part of this whether (they donate) $20 or $200,000 because it’s really interesting to us how many people never had something like this school and say they wish they had. Those are the adults we want to appeal to, whether they have a child here or not, who could look at a school like Midwest Academy and say ‘I see a value in this,’” Cocca said. “And with the state pushing education, it has to be education for all and this is a critical part of our population.”