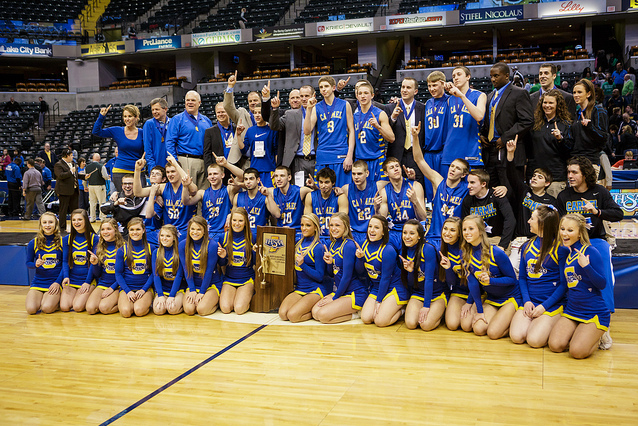 The Greyhounds accept the trophy after winning the 2013 4A Boys Basketball State Championship. For more photos from the game, visit http://tinyurl.com/champgallery. 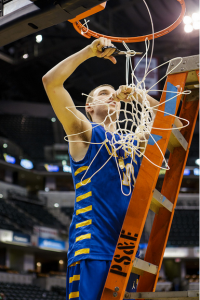 James Crowley cuts down the net.

The Carmel High School Boys Basketball Team won the 4A state championship for the second year in a row on March 16. Carmel defeated Cathedral in the finals with a score of 57 to 53.

The CHS Girls Swimming and Diving Team won the 2013 IHSAA State Championship last month with 397 points. Second place went to Penn with 189 points. The team has won the state championships every year since 1986 with the exception of 1996 making it one of Carmel’s most consistently dominant teams.

A convocation was held last Thursday at CHS to celebrate all of the school’s recent athletic victories as well as its 38 National Merit Finalists.