You are at:Home»Current in Carmel»Carmel Community»App aims to zap food waste 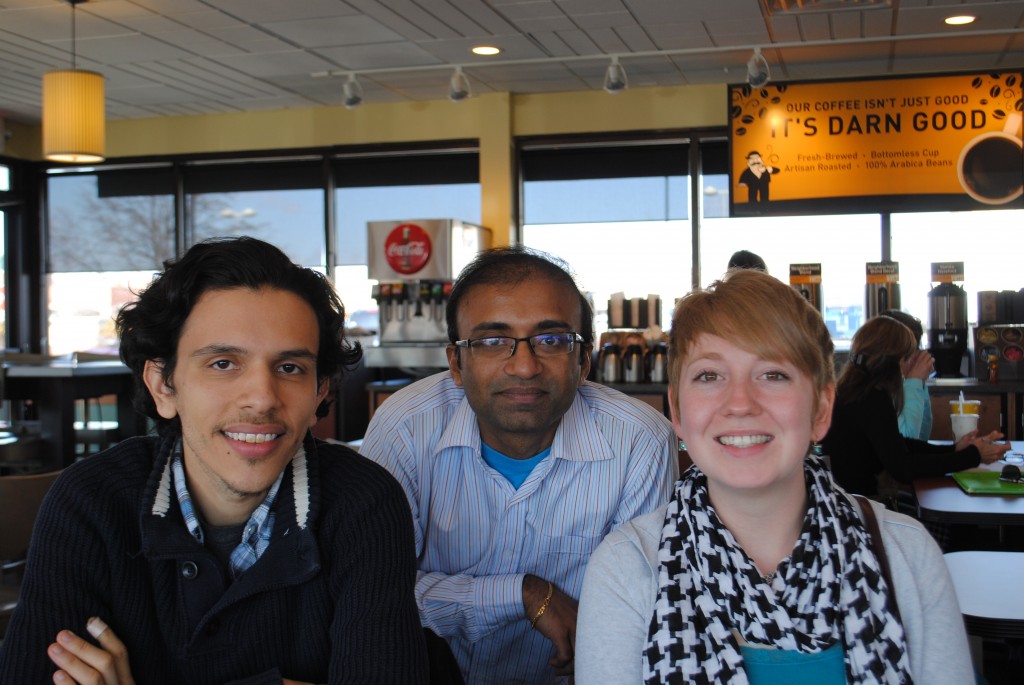 Rajesh Karmani, developer of the Zero Percent app, made an appearance March 19 at Einstein Bros Bagels to provide a live demonstration of how his new food donation-focused app works.

The Zero Percent app was created to make it possible for restaurants to donate food to those less fortunate quickly and easily. Einstein Bros Bagels, 2350 E. 116th St., has partnered with Zero Percent in order to help Carmel get one step closer to zero food waste.

Karmani and his team, Omar Muniz and Julie Carlson, showed local nonprofit organizations and food pantries Second Helping, Our Lady of Mount Carmel’s Merciful Help Center and Food Link how easy it is to create a free account for the local restaurant.

Zero Percent is location-based, so only volunteers within six miles of a location will be notified.

“The issue at hand isn’t getting enough volunteers (to collect food donations), rather it is having reliable volunteers,” said one volunteer as the others shook their heads in agreement.

“Zero Percent is fixing the problem food pantries might encounter when it comes to reliability,” said John Williamson, president and founder of Food Rescue. Zero Percent makes it possible for volunteers who aren’t able to pick up food to quickly let food pantries know so that a message may then be sent on to the next volunteer.

After creating the account for the Einstein Bros, Karmani demonstrated how the employees would enter any food remaining at the end of the day. Once the amount of food has been entered into the system, it alerts volunteers at local soup kitchens and shelters through text messages and e-mail until it can find a volunteer who is able to pick up the donation.

“Technology rescuing food is a new angle in the war on hunger,” Williamson said.

“The statistics on food waste are shocking,” Williamson said. “Today, 40 percent of food in the United States goes uneaten.”

Zero Percent started in Champaign-Urbana, Ill., and has since spread to the Phoenix, Denver and now Indiana. Zero Percent has also had success at an Einstein Bros Bagels store in Urbana where it recently diverted 100 leftover bagels to the local Salvation Army.

Zero Percent hopes to start a cultural movement against food waste. For more information on the Zero Percent app, e-mail hello@zeropercent.us, call 217-731-1077 or find Zero Percent on Facebook at www.facebook.com/zeropercent.cmi.