You are at:Home»Current in Carmel»Carmel Community»City leaders seeking common ground 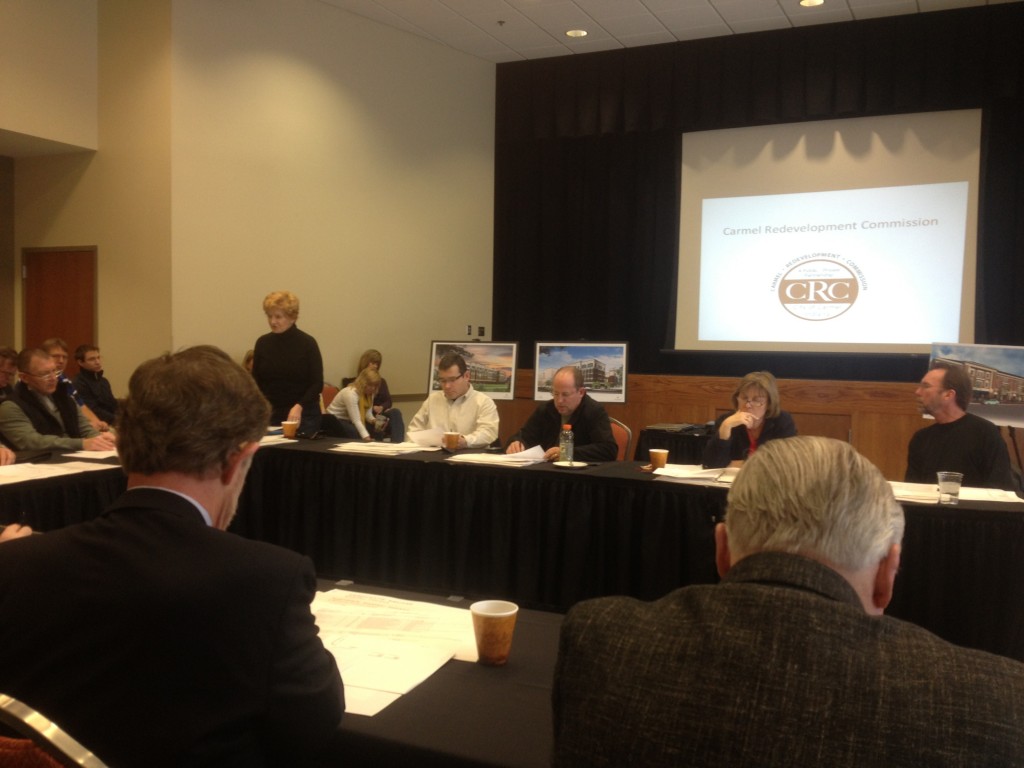 The Carmel City Council, CRC, 4CDC and Mayor Brainard all met at the Monon Community Center. (Photo by Christian Sorrell)

On March 9, the Carmel City Council, Carmel Redevelopment Commission, Carmel City Center Community Development Corp. and Mayor Jim Brainard all came together for the first in what could become a series of joint meetings.

Last year, the CRC asked the city council to refinance nearly $200 million in debt which it had borrowed between 6-percent to 9-percent interest. The council agreed in late November. As part of the agreement, the city council gained much more oversight of the CRC. During the last several months, city officials and city council members have expressed frustration at delays and a perceived lack of communication between the CRC and the city government. The joint meeting was scheduled to alleviate those issues and create a new working relationship between all parties involved.

Council member Luci Snyder opened the meeting with a recap of the events responsible for leading all the involved parties together, restating her position on last year’s refinancing of the CRC.

“If we hadn’t restructured that debt… They would have gone bankrupt,” Snyder said.

Brainard publicly stated his disagreement with Snyder later in the meeting, saying that he did not believe the CRC would have gone bankrupt. 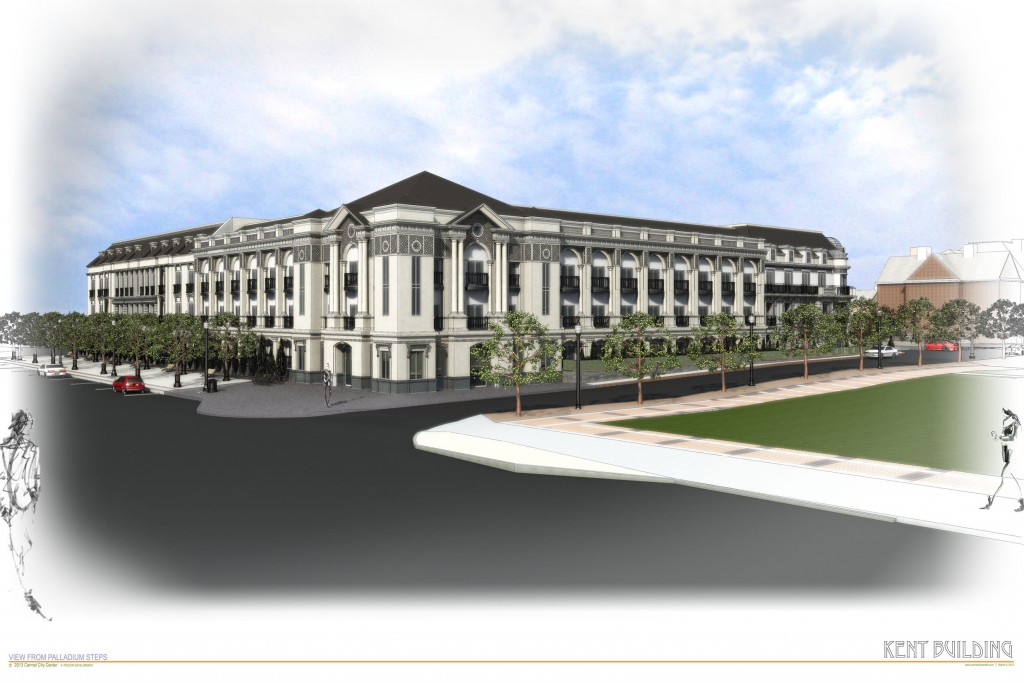 A rendering of Pedcor’s Kent Building along 3rd Avenue as seen from the steps of the Palladium was on display at the meeting. According to Pedcor, the design is still being updated and improved at this time. (Submitted photo)

Representatives from 4CDC briefly discussed a number of recent changes to the organization. The development corporation now has a city council appointee, will be publicly annoncing all of its meetings going forward and passed a resolution granting net revenues to the CRC.

The majority of those in attendance appeared to approve of these changes.

“I think we all applaud the changes made to the 4CDC,” especially in the area of transparency,” said Council President Rick Sharp.

A bit unpredictably, the Arts & Design District was a major point of discussion during the meeting.

“The Arts & Design District appears to be in a state of flux at the moment,” Sharp said, commenting on problems with consistent business in the district throughout the year. Snyder also expressed concerned about the district and the city’s plan moving forward.

“Anyone with an ounce of sense knows that food drives the district,” said City Council-At-Large Member Kevin Rider. “We need to combine this restaurant (and) art thing… We don’t promote the district as we should.”

While Brainard did not publicly disagree with Rider, Sharp and Synder’s thoughts, he spoke directly to some of the district’s recent successes. The district’s Indiana Design Center recently leased out its final space and Pedcor, the buildings developer, is considering an expansion. According to Brainard, there are more than 66 arts and design-related businesses inside the district’s archways with more than 200 businesses total in the area.

At the March 9 joint meeting, Brainard mentioned Pedcor’s plans of possibly expanding the Indiana Design Center in Carmel Arts & Design Center now that is has been fully leased out.

“We have received inquiries about space from businesses who like what is happening in the downtown Carmel area. Due to this interest and our continued commitment to build quality buildings with unique architectural features, Pedcor is looking into ways to do more developments in the Art & Design District but has not determined if it would be an expansion of the Indiana Design Center or simply additional buildings that would serve their own purpose,” stated Melissa Averitt, senior vice president for Pedcor Companies, in an e-mail.

City Council-At-Large Member Ron Carter compared the district to a Michigan shore town with a heavy concentration of sales in summer with lowered business during the winter months. Carter also stated his desire to see the winter become easier for businesses in the district.

During the course of the discussion, an outdoor ice rink was brought up several times as a possible winter attraction to add to the area.

With a general consensus to re-assess the marketing of the district in the future, the meeting moved onto the redevelopment and extension of Illinois Street, something Brainard considers one of the city’s top priorities for the year.

Illinois Street will see a massive increase in traffic throughout the next several years as traffic is detoured off of U.S. 31 as part of the Major Moves construction project that will transform the area in the future. Brainard is hoping that much of the extension and construction on Illinois Street can be completed before the state’s construction beginning in 2014 and 2015.

Brainard also briefly discussed Midtown and his desire to prioritize the removal of older industrial buildings and putting utilities in place to attract the private sector. Beyond that, Brainard also expressed a desire to see 3rd Avenue realigned through Midtown.

“We need to be very careful about additional debt until the economy has clearly recovered,” said Brainard. Sharp agreed.

The meeting came to a close with a desire from Sharp, Synder and others to see increased cooperation between all the parties in attendance, specifically the city council and CRC. Sharp suggested joint meetings be scheduled on a semi-annual, if not quarterly basis.