You are at:Home»Current in Fishers»Troop 109 carries on 22-year-old tradition, sells 530 Christmas trees 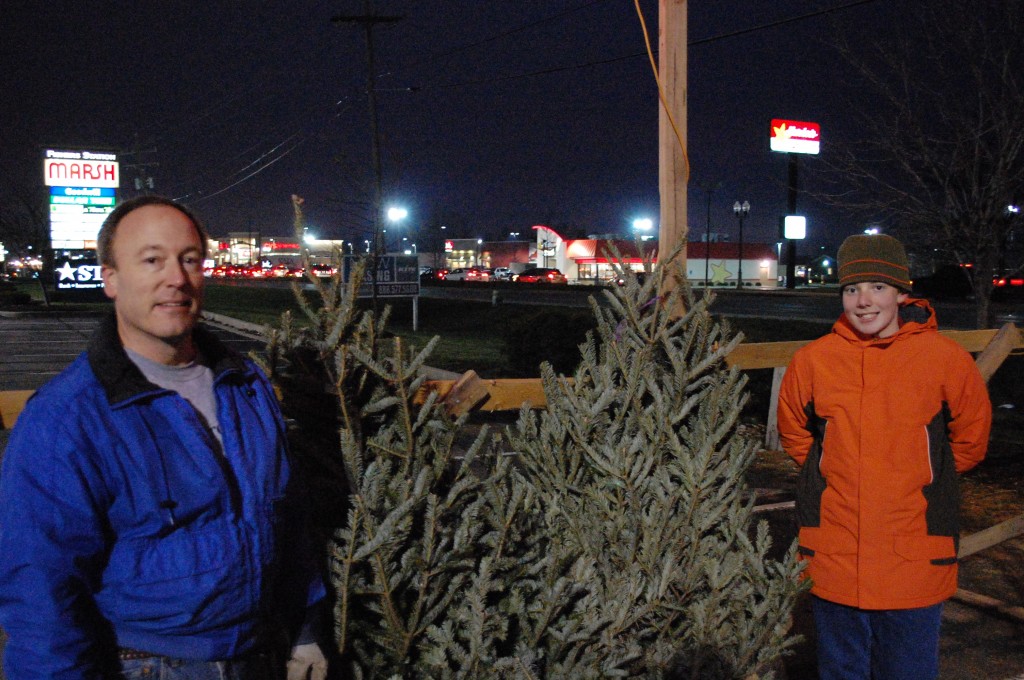 This Christmas season, Boy Scouts of America Troop 109 was able to sell 530 Christmas trees to patrons at a Marsh grocery store at Allisonville Road and 116th Street.

Scott Gamble, a scout’s parent, said Marsh provided the troop with the trees, and the scouts in turn cut and loaded them up for customers.

Scott said it was entertaining to watch the scouts cut their first tree and put the whole thing together.

“It’s good life experience for them,” he said.

Scoutmaster John Rambach said the troop started selling the trees the Friday after Thanksgiving and sold their last one last Tuesday. It’s a 22-year-old tradition. At one point in the early years, they bought their own trees to sell.

Marsh makes a flat donation to the troop which is divided among the kids that worked the sale based on the amount of time they put in. Scott said the money raised was put into individual accounts the Scouts use for various purposes.

Connor Gamble, a 13-year-old at the First Class scout rank, said the fundraiser helped with all things scouting, including buying camping equipment.

The troop currently has 75 active scouts, Scott said, adding that the troop was in its 61st year in Fishers.

“We’ve got people from the east side of Geist coming over, people come over from Carmel, just because they know the Scouts are manning this booth,” Scott said, “It’s just a tradition.”

Troop 109 travels to different camp grounds in the state, such as the Indiana Dunes, as well as locales outside of the Hoosier state like Wright Patterson Air Force Base in Ohio and Muskegon, Mich., where scouts have the chance to stay overnight aboard the U.S.S. Silversides, a World War II-era submarine.

The troop is based out of Fishers United Methodist Church.