You are at:Home»Current in Zionsville»Still Kickin’ in Indy

One Goal. “I wanted to get out of the state of Indiana,” Hunter Smith recalls upon graduating from the University of Notre Dame in 1999.  It was a goal he would never attain and a journey with many winning kicks and one major fumbled snap. But, today, Hunter Smith’s voice is one of peace and certainty. It’s a confidence that he is exactly where he needs to be, with an unlikely path from Super Bowl champion to country rock musician to author. Today, he is back, “Back Home Again in Indiana.” Jim Nabors, please start the music. 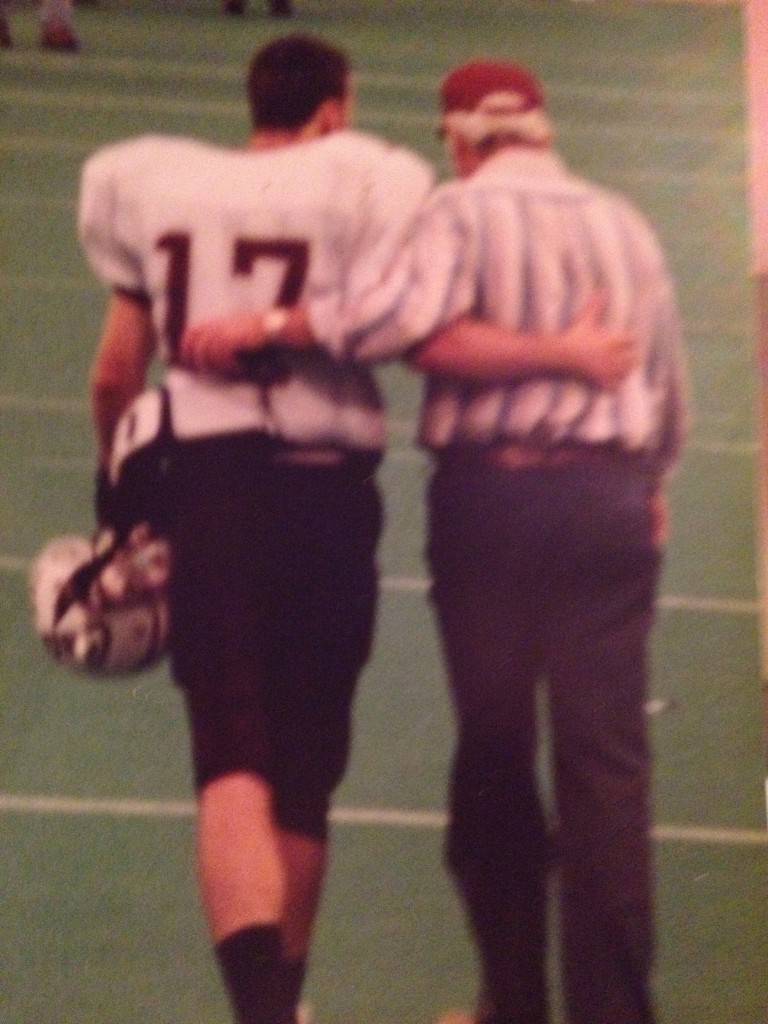 Looking back – a football and a guitar

Hunter’s journey began in a small town in Texas on a 1000-acre ranch raising cattle with his two siblings and parents. “Dad was a cowboy and Mom was a farmer’s wife, but she was a cultured woman,” he explained as he remembered their trip to the big city, Dallas, where she bought him a guitar. His dad was a great athlete and recognized his natural talent, not only in football but in basketball, track, and baseball. “Dad taught me everything, like the punting technique I use today,” Smith said. He started playing organized football at the age of eight and played every year for the next 25.

High school honed his skills and made them known to all as he led his team to victory as star quarterback under Coach John Outlaw. But, he also punted and could receive the ball. “I was already on the field so I just backed up and punted,” Smith explained. Those few steps back with a kick led him to become an all-state punter in Texas.

Heavily recruited by Baylor, Alabama, Texas A&M, Arkansas, and, late in the game, Notre Dame, Smith had many options. Notre Dame had an immediate need and promised a starting position as a punter his freshmen year. They kept their promise, and he punted 48 games during his college career and still holds the record for the longest punt by any Notre Dame punter since 1935 – 79 yards. But he admits, “I never thought (punting) would be my focus.”

At Notre Dame, he also began to play his guitar in a Bible study group and said, “I am convinced I needed to go to ND to discover it (musical passion.)” Growing up in a conservative church where musical instruments were not allowed, his college years were a time of growth and new discovery.

Not the plan again

When the Draft rolled around, Smith was highy ranked, known as the obvious No. 1 pick in the punter position. “I was told I would be picked by SanFrancisso or Green Bay in the third or fourth round, but, as the draft went on, nobody picked me,” Smith said. Until Indianapolis in the seventh which is not at all where he thought he would be in location or salary. Most importantly his primary goal, “to get out of the state of Indiana,” would not be met.

But his disappointment had a silver lining and, for Smith, two important rings. He met and married his wife, Jennifer, and became a World Champion Colt on February 4, 2007. With a weak special teams unit and inconsistent defense, 2006 was not supposed to be a winning season, but a strong team “oneness” and unity did equal a win on that rainy day in Miami. Winning the Super Bowl was a dream come true but it was playing for Coach Tony Dungy that made a lasting impact. The prayer after the game was very meaningful.

Giving glory to God when you win the Super Bowl is much easier than when you lose, according to Smith, and his faith was tested when his time ended with the Colts, and he was picked up by the Washington Redskins. It was the start of two rocky years which ended in defeat.

“I was praying hard and seeking a path”  while pushing himself through a debilitating groin injury, Smith said. On Dec. 12, 2010, a new path emerged on another rainy day but this time with a dropped snap, one he had caught thousands of times in the past. The Redskins’ playoff chances ended along with his NFL career the next day. Through this abrupt, unforgiving end to a stellar career, he took the blame for the loss and was applauded by the nation.

“How could I proclaim my faith for so many years and then not own up to my mistakes and come across as self-centered and egocentric?” Smith asked. “No, at that moment in time, a dropped snap was my cross to bear … Of all the things I’ve done, that was probably the most impactful – my response to that dropped ball.” 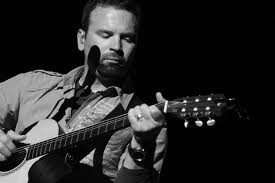 Today, Hunter lives happily in Zionsville, which he said “has always been home,” with his wife, Jennifer, and four children, the youngest of which was just born this  month. He has co-authored a book titled, “The Jersey Effect, Beyond the World Championship” containing many life lessons and several profiles and stories of coaches and teammates. Smith summarized the book in the words of his ultimate role model, “Coach Dungy teaches that athletes must grow in four key dimensions: academically, athletically, socially, and spiritually. According to Tony the jersey effect represents a powerful way to live your life. It is not just about influence … It’s about pursuing the ultimate prize, which has little to do with a ring or a trophy.”

Smith continued, “The Jersey Effect is about recognizing the potential harm a jersey can cause but also the potential power one’s jersey has for the good of society.”

Smith is not only writing books but also continues to write music and started a new band, The Hunter Smith Band, which he jokingly refered to as the “Moderately unknown very soon to be, hopefully, fairly popular, Indiana-based country rock band.” He also is a creative storyteller/songwriter and provides some You Tube chuckles with his “Donkey in a limo” song and story of how “Peyton Manning takes out the Trash”.

He is not sure where his musical career will take him but has many concerts scheduled, most recently playing at Lucas Oil Stadium last Sunday after the game. However, taking a lesson from his past, Hunter has decided not to make too many plans. “The more plans I make, the more they get upended,” he said. He also remembers his attempts to leave Indiana and chuckles, “That didn’t work out, considering I will probably live and die here.”

For now he’s still kickin’, writing, singing, speaking, and inspiring all he meets.