You are at:Home»Current in Zionsville»Plains and simple 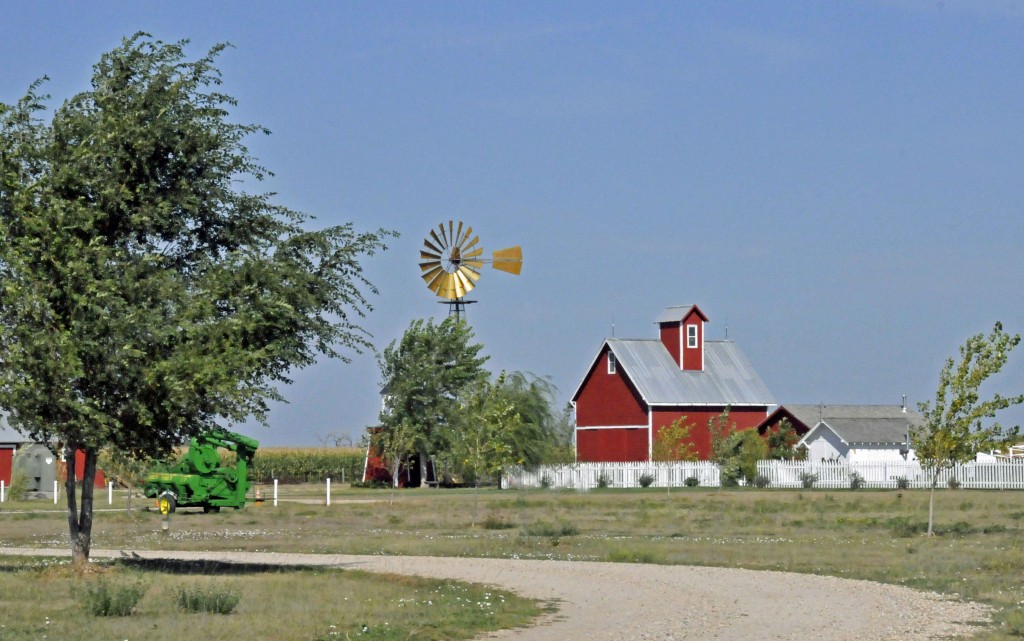 Over the Labor Day weekend, my wife and I attended a wedding on an immaculately maintained farm just outside Henderson, Nebraska.  We learned that central Nebraska can provide as much of a cultural experience as the more exotic places I usually write about.

Henderson, population 986, was founded in 1874 by 35 Mennonite families from Russia, ancestors of most of the current residents.  The current residents have three Mennonite congregations, having divided over precisely how God wanted women to tie the bonnets they no longer wear.  Reflecting the Mennonite heritage, no alcohol is sold or openly imbibed in Henderson, divorce is rare, houses are modest and well-maintained and serious crime is essentially non-existent.  People not only leave their houses and cars unlocked, but leave the keys in their cars.  The most significant threat to the peace seems to be “engine braking,” which is prohibited by local ordinance according to a sign at the edge of town.  As small towns all across America have decayed in the last fifty years, Henderson’s population has doubled.  For Henderson, the Fifties are not a memory but an inspiration.

The residents of Henderson believe unapologetically that success comes from following God and working hard, in that order.  The success of the area farmers is largely attributable to irrigation made possible by the Ogallala Aquifer, a vast underground water system about 600 feet thick under their farms.  Fed by eight-inch wells, “pivots” up to a half mile long water the soybean and corn fields 24 hours a day.  A statue in the local park honors the abundant water allowing Henderson farmers to produce near record crops even as fields in the rest of the country wilt from lack of rain. When I asked one farmer if he worried that all the irrigation might one day deplete the aquifer, he told me with no hesitation that he is not worried because he knows God provides the water.

During our short visit to Henderson, we came to admire its hard-working and gracious people, who went out of their ways to welcome us to their community.   On the way home, we asked ourselves, “Is there any downside to living in Henderson?”  There is.  For one thing, you have to get used to the prairie winds that make trees lean permanently to the east.  And the fields of well-watered crops extending to the horizon in every direction can obscure the view of the world beyond, in which wells sometimes go dry, the most serious issue dividing people is not about bonnets and people who work hard and love God don’t always get the rewards they deserve.