You are at:Home»Community»Homicide suspect arrested, charged 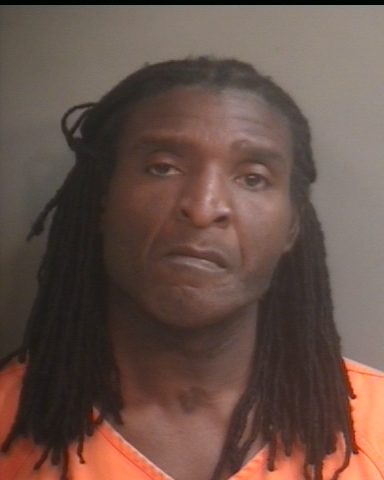 A local farmer, Mike Hysong, called the office, reporting a man trespassing in his woods near county roads 600 South and 650 West.  The farmer told the dispatcher the man, Balagoon Sankofa (aka Harold Bishop, of Indianapolis), 47, had parked his car in his woods and was asking for a jump start.  Deputies Jesse Boggs and Brad Dunn reported finding Sankofa standing in the middle of the road.  While checking the national database, Boggs recognized Sankofa from a previous e-mail sent for an armed-and-dangerous suspect at large.  The deputies immediately placed Sankofa under arrest.

While talking with the deputies, Sankofa, according to the department, said he “… had warrants out of Indy, for shootings” and “go ahead and handcuff me, you got me.” The deputies found a rifle, ammunition, a machete, clothes and water inside the vehicle. When asked what he was doing in the rural area, Sankofa said he was “looking for a place to hide out.”

IMPD detectives took Sankofa back to Marion County.  He is a suspect in a robbery, arson and two shootings in which one person died.