You are at:Home»Current in Westfield»Local 4-H’er wins State Fair honors 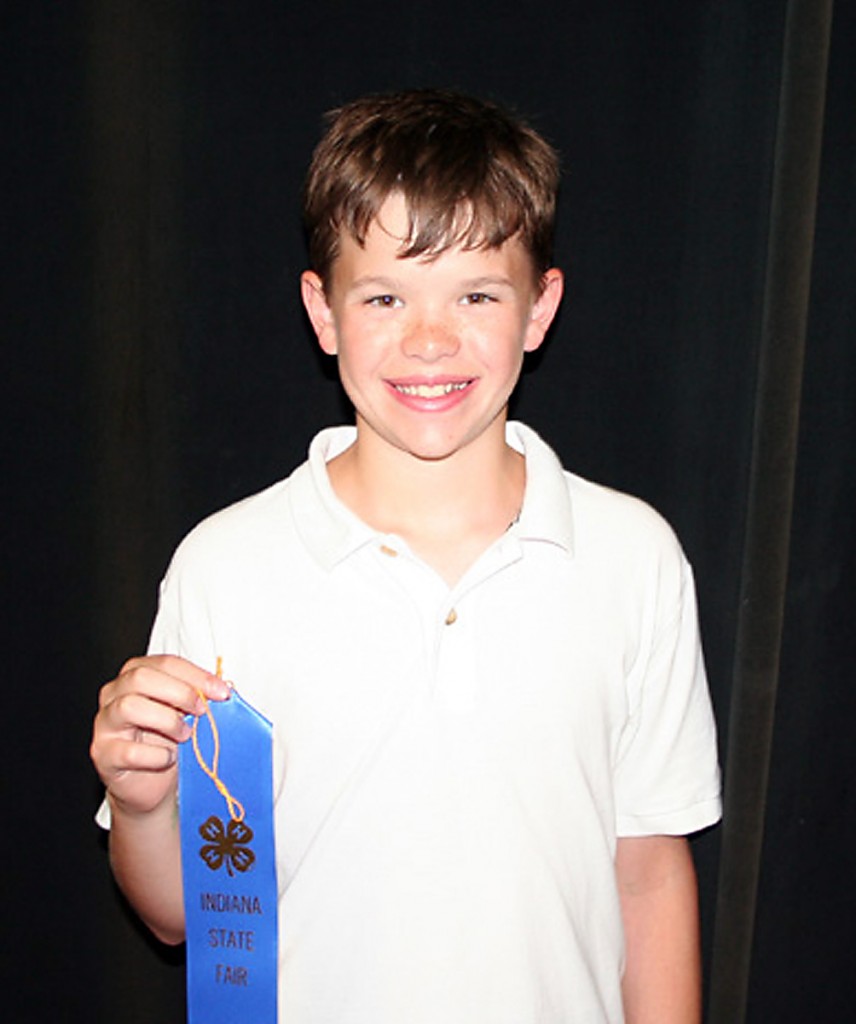 Evan Parshall, 13, of Westfield received top honors at the 2012 Indiana State Fair competition on Aug. 4. Parshall received a blue ribbon in the junior division for his demonstration on how to make a paper airplane. This was his first year in a public speaking event. In previous years, Parshall has exhibited photography, construction sets and art.

Parshall, a member of the Westfield City Slickers 4-H Club, has participated in the Hamilton County4-H Youth Development Program for five years. He is the son of Jim and Georgianne Parshall and an eighth-grader at Westfield Middle School.