You are at:Home»Current in Fishers»Engineering tomorrow 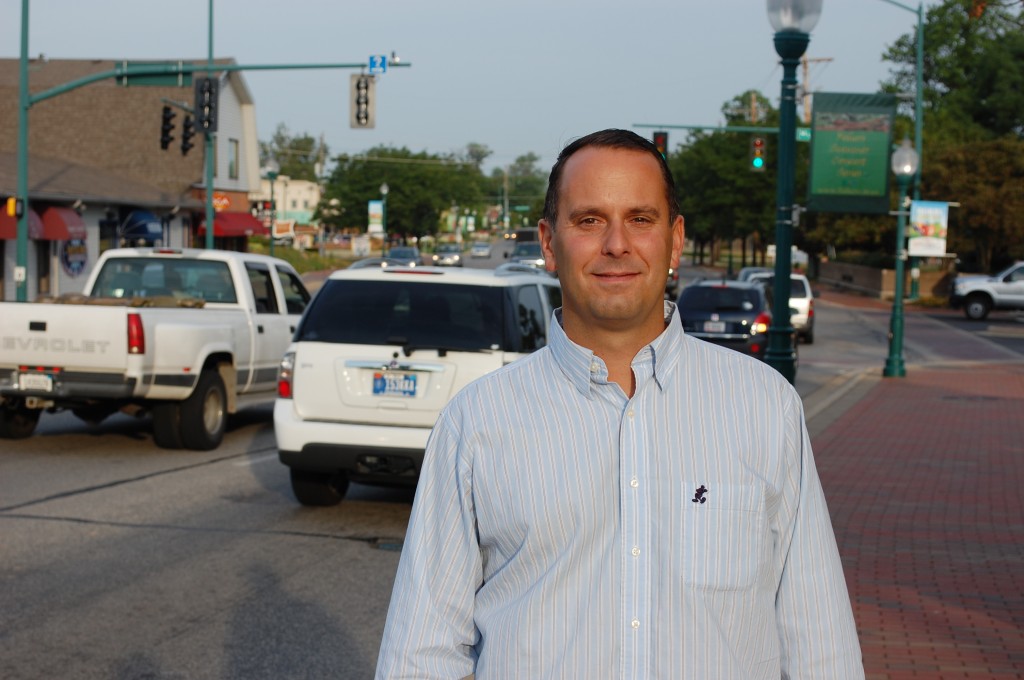 A crane picks up and swings concrete components of the Allisonville Road and 96th Street project into place as the sun beats down on construction workers.

The $8 million project, funded by the River Place PUD (as Current in Fishers reported in April), is managed by Jeff Hill, Town of Fishers Director of Engineering.

Hill runs what he calls a “skeleton crew” of six staff members in his engineering department.

He manages many of the projects that commuters navigate every day. He also weighs in on projects that town councilors have to vote into reality.

Putting down the foundation:

Hill’s road to an engineering career began an ocean away. As a kid in a military family, he went through high school at a United States Air Force base in Germany. It was evident that he had a command over science and math.

“It’s probably similar to a lot of kids that are in high school, and they say ‘I kind of like math and science,’” he said. “Then someone asks the question, ‘Are you interested in engineering?’”

The search for a college education began, and Hill and the family turned to Purdue University and its engineering program.

From there, he helped build bridges with a private firm, and later landed a gig with the Hamilton County Highway Department – which centered on similar projects that he now handles in Fishers.

“That was my first foray into public sector work, and I enjoyed that,” Hill said. “[I] worked on a lot of projects throughout the county.”

Two private sector jobs later, one of which lasting a decade, Hill found himself back in the public realm as the Town of Fishers Director of Engineering. He’s held the position since January of this year. 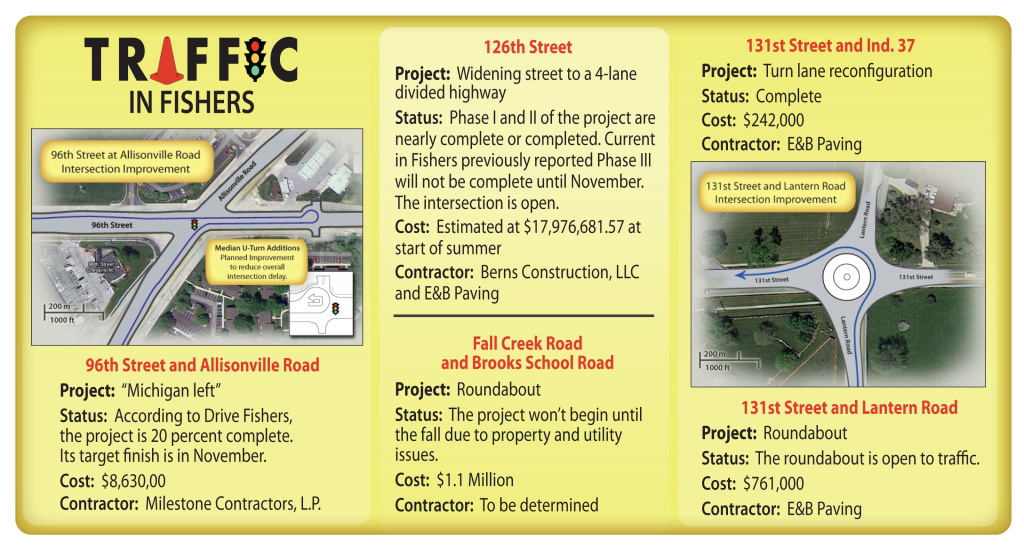 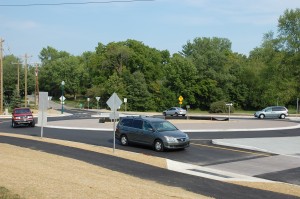 The newly opened roundabout at 131st street and Lantern Road

Driving through the construction zone at 96th Street and Allisonville Road, it’s difficult to imagine what kind of skills an engineering director for an entire municipality must call on to complete the task.

Hill said it’s all about balancing technical skill, financial understanding, being proactive about communication, and transitioning staff members into leaders that can make independent decisions.

Employing construction ideas that depend on tax payer funding is part of the balancing act. He said Town Manager Scott Fadness has stepped in to help him understand where funds come from.

“I don’t know if there’s any one shining moment yet,” Hill said.

But he is proud of what he and the engineering staff have managed to accomplish since he came on board this year.

Town Councilman Stuart Easley said that coming up-to-speed on the current projects is a major accomplishment.

Easley said the project commuters seen in progress today were involved in the planning stages before Hill was part of the picture, and ultimately, he believes that the public lost no time in the execution of these projects.

Easley characterizes how construction is impacting people in town as short term pains that lead to long term gains.

Hill said projects have been designed to accommodate commuters in Fishers for 20 years.

Working with staff members to find solutions on the engineering side of planning is one of Hill’s favorite aspects of the project.

“We might have a conflict or a utility issue with a utility company, but just trying to work through and have a collaborative effort to solve problems – that’s rewarding to me.”