You are at:Home»Current in Westfield»Gas main break spurs evacuation 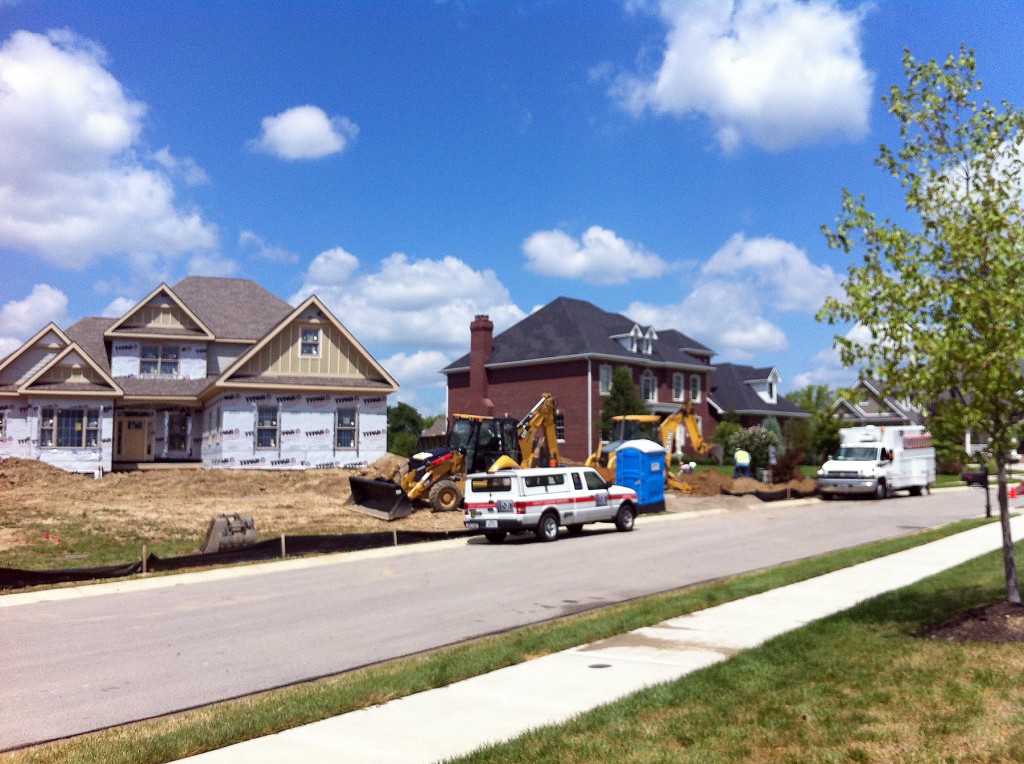 A gas leak spurred the evacuation of nearby homes in Westfield on July 28. (Photo provided by the Westfield Fire Dept.)

A gas leak at the Brookside subdivision spurred an evacuation of nearby homes on July 28. Westfield firefighters were called to 3910 Chancellors Court when a contractor accidentally struck a two-inch gas main on a home under construction. WFD Spokesman John Barrett said firefighters immediately shut down access to the roadway and evacuated a few homes for safety. They continued to monitor the leak – protecting nearby homes with hoses and monitoring air quality.

Vectren Gas arrived shortly after, but needed additional crews to fix the leak. Within two hours the problem was corrected and firefighters then deemed the area safe, allowing people back to their homes and reopening the roadway. Vectren Gas remained at the home for a few hours to complete repairs.