You are at:Home»Current in Carmel»Carmel Community»Fire damages 150-year-old Carmel home 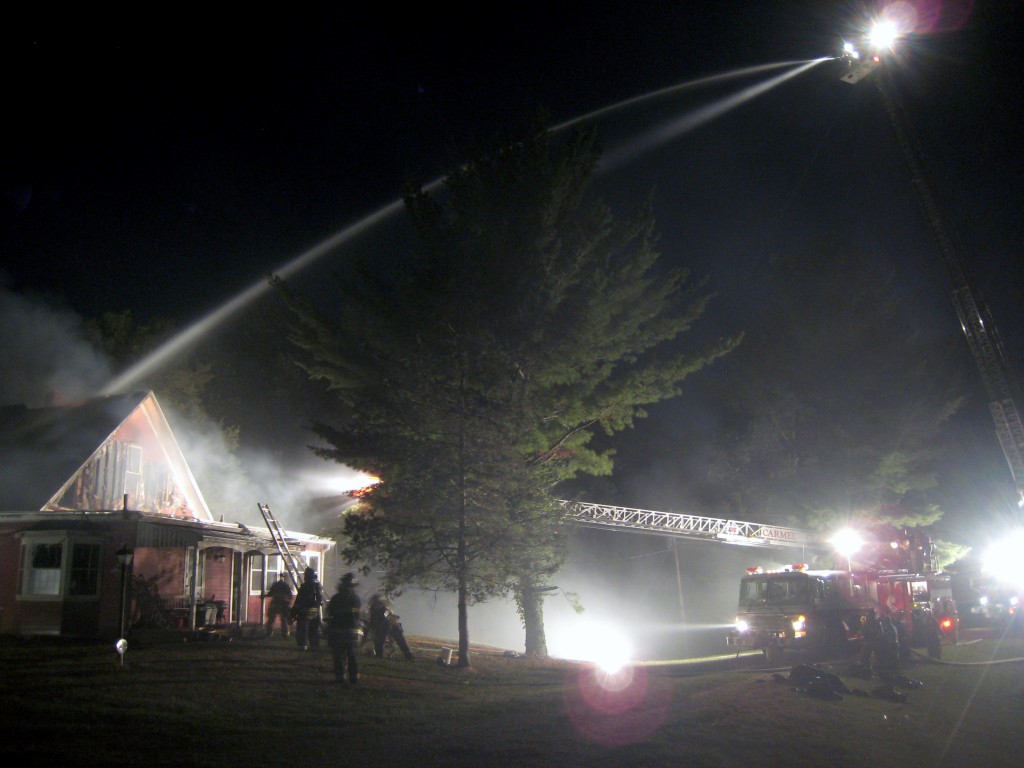 A residential fire early Tuesday morning caused significant fire and smoke damage to the upper floors of a Carmel home..

At approximately 3:15 a.m., Carmel Fire Department Ambulance 46 was in the process of refueling near Shelborne Road and 126th Street when the crew smelled smoke in the area. Upon investigation, a residential fire was located on the 12000 block of Shelborne Road.

Fire crews gained access to the property after forced entry to the driveway gate. Engine 42 was first to arrive and immediately started fire suppression operations. A second alarm was called due to fire involvement, outside temperatures, size of the residence and isolated residence access. The Carmel Fire Department utilized additional fire apparatus and was also assisted with apparatus and crews from Indianapolis, Zionsville andWestfield. Tankers also responded from Zionsville and Brownsburg but were not needed.

“The damage to the residence was severe,” according to CFD Fire Marshal Bruce Knott, “However, if it were not for the quick actions of the nearby ambulance that was refueling after another call, this would have been a total loss.”

Early damage estimates to the home, which was reportedly built in the 1860s, exceed $200,000. The cause of the fire is still under investigation.

The residence was unoccupied at the time of the fire.