You are at:Home»Current in Fishers»Community Development Director announces downtown redevelopment 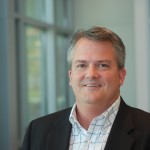 Community Development Director Tom Dickey announced last week that the Town of Fishers issued a request for proposal from developers for new multi-use structures in front of Town Hall.

The announcement came at the Fishers Chamber of Commerce luncheon Wednesday.

The land for the new structures is the field where many park for the summer concert series and the lot that currently holds the Fishers Train Station.

Dickey’s announcement followed on the heels of the Nickel Plate District. He said that Fishers government has heard for a long time that residents want a place downtown to spend time and shop.

“Understand that is also much about economic development,” Dickey said. “It’s about attracting talented employees so we make the job of recruiting easier for employers.”

These new buildings will feature shopping on the ground floors and the upper levels are aimed at luxury apartments, according to Dickey. Neither structure will be taller than four stories.

Dickey said during a question and answer session that developers must consider the future use of the train station, as well as parking accommodations that depending on the economic climate, may result in an above or below ground parking structure. The request for proposal includes a need for 200 parking spaces in addition to what the new structures will need.

Prospective developers will purchase the land from the town, and the property tax from the new buildings will add to the capital required to pay for infrastructure, according to Town Manager Scott Fadness.

Construction won’t begin until mid 2013 at the earliest.

Fadness said the town has been contacted by developers, as well as that previous conversations showed promise for the new development.

Fadness could not release the names of interested developers.

“We’re pretty confident there will be a lot of interest.”