You are at:Home»Current in Zionsville»The Village Authors 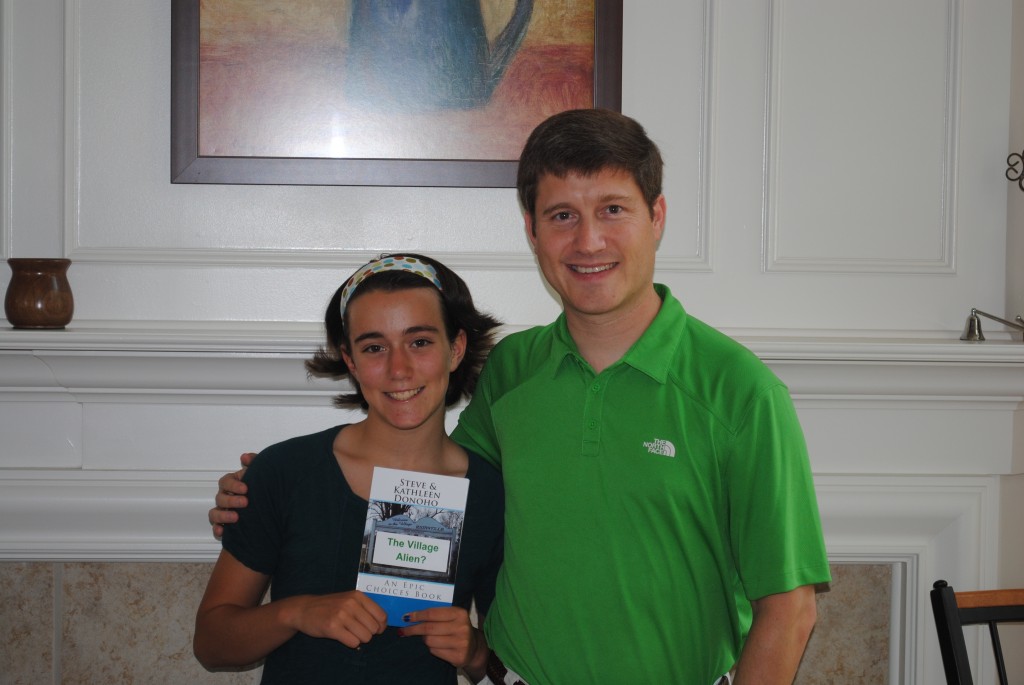 History and popular culture are littered with famous duos.

From pairings like Abbott and Costello to Penn and Teller to Lennon and McCartney, it’s been proven that two can eclipse what one could provide.

With that in mind, I present to you Donoho and Donoho.

A father-daughter pairing of Zionsville residents, Steve and Kathleen Donoho recently tackled something a little more ambitious than the usual dad-and-kid tasks of building a fort or making dinner for mom.

They wrote a book. 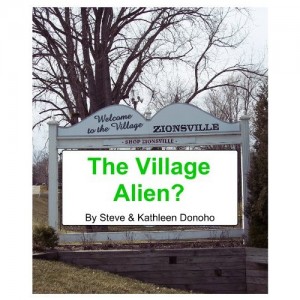 Cover of the print version of The Village Alien

Dubbed The Village Alien, the book is a choose your own adventure-style tome, containing upwards of 30 possible endings for a reader who determines his or her own path as extraterrestrials descend upon Zionsville.

“For our first book, we wanted to do something that no one could point to and say, ‘Hey, you got that wrong!’” said Kathleen, an 11-year-old wunderkind who will enter the sixth grade at Zionsville Middle School this fall. “So, we chose aliens because nobody knows anything specific really about them. No one could say we were wrong about it.”

While that logical choice was mutual, it was Steve’s fondness for the genre that determined The Village Alien would be a pick-your-path read, and not the standard book format. As a youth in Indiana, he became enamored with the idea of choosing your own destiny in print.

The book is a self-published effort through CreateSpace, and initially debuted as a Kindle-only read available exclusively at amazon.com. That iteration was released to the public on March 6, and just last month a 96-page print version was made available. 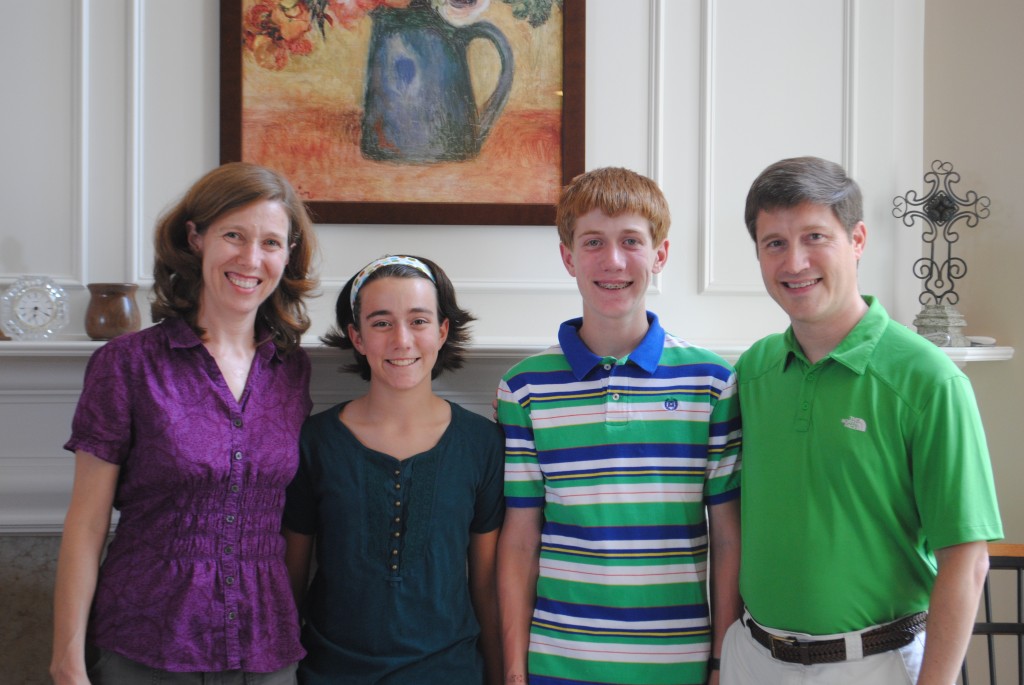 While the goal of the project strayed far away from the idea of making any money, Steve said the returns have been good thus far.

“We’re approaching 300 downloads, which, for a self-published book and our first book is a good start,” he said. “We haven’t made a lot of money, but that wasn’t the goal. We’ve had downloads from people in the United Kingdom, which is pretty neat.”

The Donohos’ writing effort, which encompassed about six weeks’ worth of two hours here, two hours there work, began with a detailed outline that covered all possible choices and outcomes the reader could experience. That part, Steve said, was very collaborative, while he estimates he did about 80 percent of the gap-filling detail writing that completed the work.

The outline wasn’t just Steve and Kathleen’s concern, either.

“We would sit around the dinner table and brainstorm,” Kathleen said of her family, which also consists of her mother, Lisa, and her brother Caleb. “That was the hardest part: making the outline, and designing exactly what was going to happen.”

With one book already to her credit, Kathleen – who also enjoys taking Scottish dance lessons and designing bridges via computer software – has embarked on what will be her second. Tentatively titled The Village Time Portal, the piece will be the same style as the first, but with more of Kathleen’s touch.

“The goal on this second book is for the actual writing to more approach 50/50,” Steve said of the current project, scheduled for completion by the time Kathleen returns to school. “We’re probably a third of the way through it.”

After starting out so young, it would be easy to peg Kathleen as a lifelong author. While she hints there may be a chance of that, one is quickly reminded that she has lots of years in front of her.

“I like writing and write poems and short stories and stuff,” she said. “My friends at school like what we did; they’re always like, ‘No fair, why do you get to have a published book?!’”

Want to get your hands on a copy of The Village Alien? Try one of these outlets: