You are at:Home»Current in Carmel»Carmel Community»Teenager reports assault in Carmel 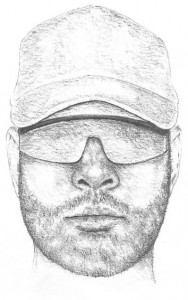 On June 12 at approximately 2:30 p.m. Carmel Police officers responded to a suspicious person call in the area of 4200 E. 126th Street. A 15-year-old girl stated that she was riding her bike across the bridge when an unknown male subject stopped her. According to the girl’s statement, the subject spoke with her briefly then placed his hand on her chest. The suspect left the area headed east.

Police searched the surrounding area and spoke with several people. This is an ongoing investigation and the department has increased police patrols in the area.
The subject was described as a white male, between 35-50 years old, wearing a blue baseball hat, blue Under Armour shirt and athletic style shorts. He was approximately 5’ 9” and had a muscular build.

If you have any information on this incident please call the Carmel Police Department’s Investigations Division at 571-2536 or Crime Stoppers at 262-TIPS.