You are at:Home»Current in Fishers»Fishers Freedom Festival 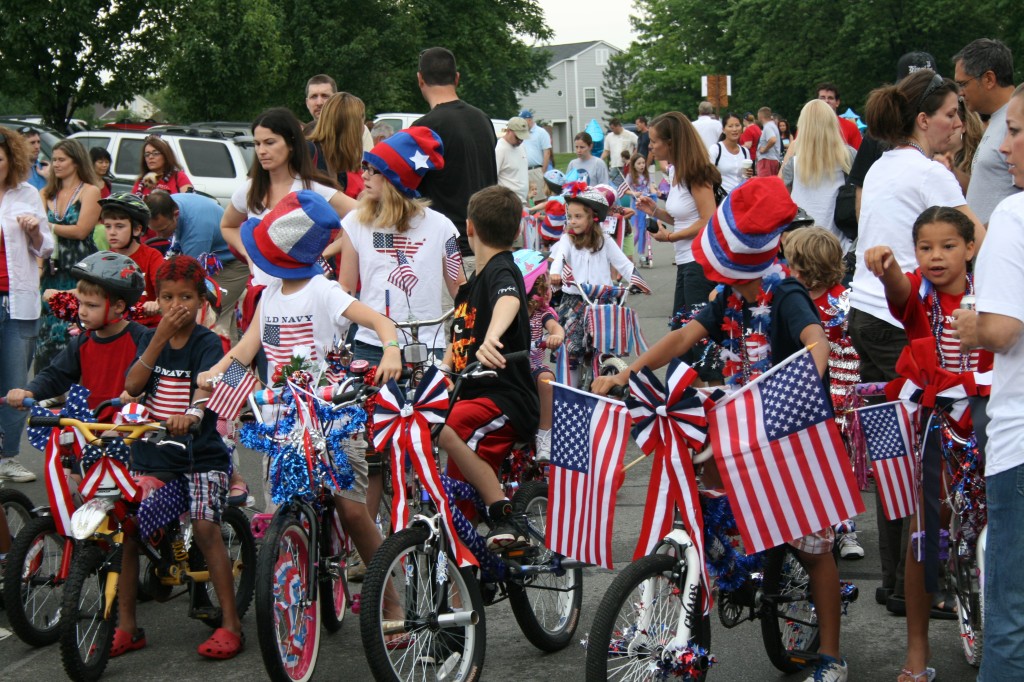 The crowd that swarmed the park was almost big enough to fill up Lucas Oil Stadium – a feat that would seem only accomplishable by an elite squad of NFL players. 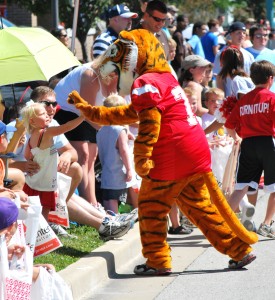 Jennifer Kehl, executive director of Fishers Freedom Festival, hopes to see that kind of crowd again. Any more than that, and the event might be too big for Roy G. Holland Memorial Park – or even a Super Bowl-ready stadium – to handle.

This year, the festival features 140 craft vendors, 28 food vendors and more than 100 business vendors, and the theme is “Celebrating Fishers Spirit.”

Popular events return – including a 5K event (which had 1,300 participants last year, according to Kehl), the children’s tent and a disc dog competition.

Kehl said the two-day event will take more than 300 staff members and volunteers working in shifts to run.

Tony Scott, vice president of the board of directors at Fishers Freedom Festival, said even though the festival is 24 years old, the festival’s concept – providing a venue for the community to come together and have a good time – hasn’t changed. 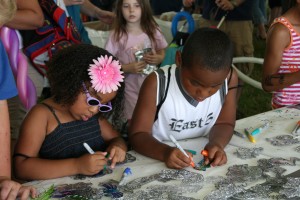 But what started as a small town event is now a behemoth by comparison.

In 1989, a group of Fishers residents looking to plan an event to bring the community together were catering to about 3,000 residents, according to Kehl.

Today, Fishers boasts more than 80,000 residents in more than 28,000 homes. In 1991, the Freedom Festival organizers formed a 501(c)3 not-for-profit corporation to independently plan the annual fest that takes over the Roy G. Holland Memorial Park, as well as other events throughout the year.

After 24 years of Fishers growing, Freedom Festival now accommodates a total of 268 vendors during the two-day period.

-Bring the kids to the children’s tent. There’re always arts and crafts going on, and for one special event – the Children’s BMV – expect big lines.

-During the parade, please keep children out of the street. Safety is a priority.

-Stay hydrated throughout the weekend.

Kehl said the volunteering side of the festival is the easy part of organizing the two-day event. The difficulty is in accommodating the vendors.

“They don’t understand how much time and effort it does take, especially with all the vendors that we have,” Kehl said. “That’s the most challenging [aspect]– is trying to keep things going and trying to make everyone happy.” 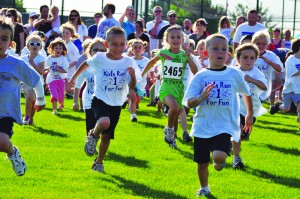 Along with businesses trying to squeeze into already tight spaces, Kehl said there is a misconception among the public on how the festival is funded. Sponsors at different levels, such as XFinity, help make the festival financially possible.

This year, the festival has a budget of more than $250,000. Partnerships and sponsorships grew along with the festival – and the organization has been able to keep it free, Kehl said.

During the year, the Town of Fishers makes an annual contribution to the organization, and during the festival weekend, the town provides services – such as police support – to help handle logistics.

Scott said, “I think it’s a standard for the community now.”

This year’s Aaron’s Royal Court will be crowned on Saturday at 10 a.m. during opening ceremonies.

This year’s Aaron’s Royal Court is:

Food Vendors open for the day