You are at:Home»Current in Zionsville»Resilient Ruby 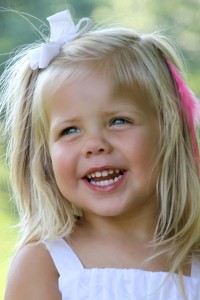 Ruby Kahoun, prior to her diagnosis

Zionsville toddler Ruby Kahoun, battling Acute Lymphoblastic Leukemia since October, is the benefactor of these huge hearts. In April, Ruby has been the focus of a fundraiser, dubbed Just Win Ruby, brought about by Zionsville entities Cute as a Button Blossom and Ballerinas and Bruisers.

“It really is a neat gesture,” said Ruby’s mother, Jenny Kahoun, of the fundraising effort. “To see how the community has come together for Ruby is humbling, and it’s great to be a part of a community that is so giving. These acts of kindness are contagious.”

Cute as a Button Blossom, begun in Novemberby Zionsville resident Sarah Zack, got its introduction to Ruby’s ordeal by chance.

“My son was in kindergarten with Ruby’s older brother,” said Zack, whose handmade children’s headbands are sold in a handful of Indiana and Illinois shops. “Jenny and I met during a field trip, had some playdates and such, and when Ruby was diagnosed, I wondered if there was any way I could help.”

Zack, a Zionsville Middle School art teacher, eventually choseto make headbands for Ruby. Her unique adornments are made from colorful fabric, and are both double-sewn and glued – comfortable and safe for both young children and those without hair. 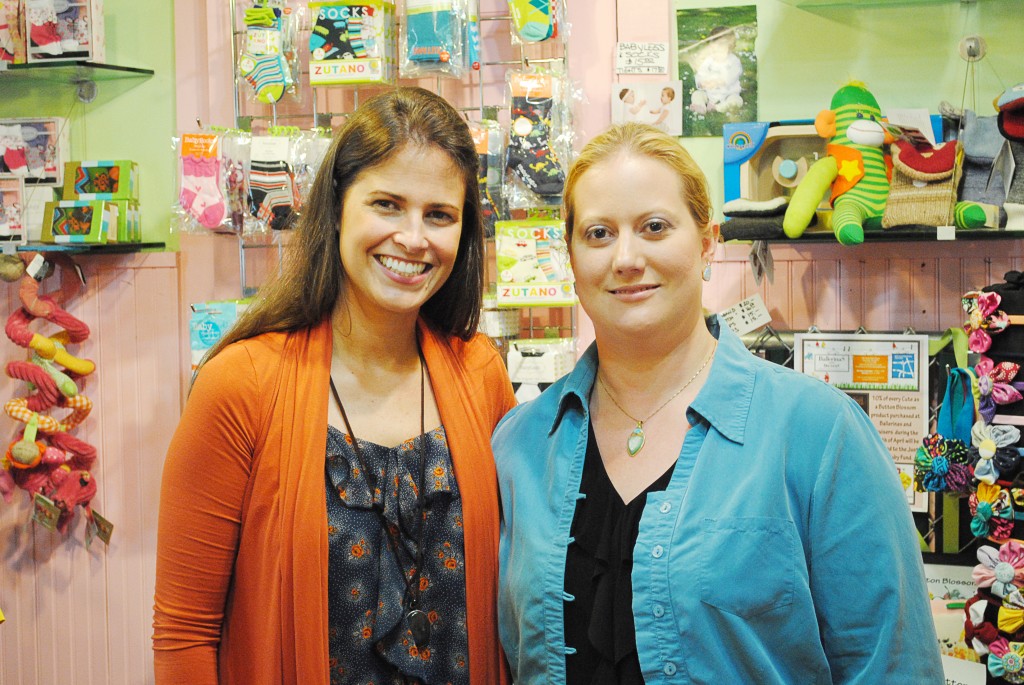 Ruby, who will turn 3 years old in June, lost her hair because ofweekly chemotherapy treatments, and thus, her Cute as a Button Blossom headbands are ideal.

“Once I saw them (the headbands), I thought they were adorable and perfect for Ruby,” Kahoun said of Zack’s product. “The soft fabric is perfect because it’s stretchy.”

Taking things a step farther was Ballerinas and Bruisers. The Village children’s store is Zack’s biggest client, and Owner Steve Schwartz and PR/Marketing Director Janelle Morrison jumped at the chance to play a part in Just Win Ruby.

A special section exclusively for the fundraiser was the result.

“It’s a great cause,” Morrison, also from Zionsville, said of the push to help Ruby. “We applaud people like Sarah, and her product goes very well with our merchandise. Moms and kids fall in love with (the headbands), and then find out the cause behind them and get a little more motivated.”

All three components of the fundraiser seem to be doing very well. Zack’s entire inventory has been moved to Ballerinas and Bruisers, and Morrison reportsher employer has seen a large increase in business during the past two weeks.

Ruby, however, may be fairing the best of all.

Just Win Ruby will live on even after its April run is over. During Zionsville’s Brick Street Market on May 19, Cute as a Button Blossom will have its own table outside of Ballerinas and Bruisers from 10 a.m. to 2 p.m.

Mired in the early stages of a treatment process that will last until 2014, youth and happiness have helped keep Ruby upbeat and winning the fight against an all-too-common foe.

“It’s a blessing she’s so young,” Kahoun said of Ruby. “She has no idea there are scary things happening, or Mommy cries sometimes. She doesn’t get any of that. She gets up everyday excited to play, and still brings that positive attitude.”

In a beautiful twist, Kahoun credits Ruby with keeping her spirits buoyant.

“She’s thrilled just doing the simple things. I had a hard time in the beginning, since shehas to stay isolated because of her immune system; I worried she wouldn’t be able to do swimming and dance classes, but that was just my image of what I wanted her to do,” Kahoun said. “We may play with Play-Doh or read books more than other kids, but she doesn’t know she’s missing anything.Her positive outlook really helps me out.”

Want to keep up with Ruby’s fight? Visit her Caring Bridge Web site at www.caringbridge.org/visit/rubykahoun.

Want to pick up a headband and support Ruby? Visit Ballerinas and Bruisers, 180 S. Main St.