You are at:Home»Current in Westfield»Burtron commits to play football for St. Joseph’s College 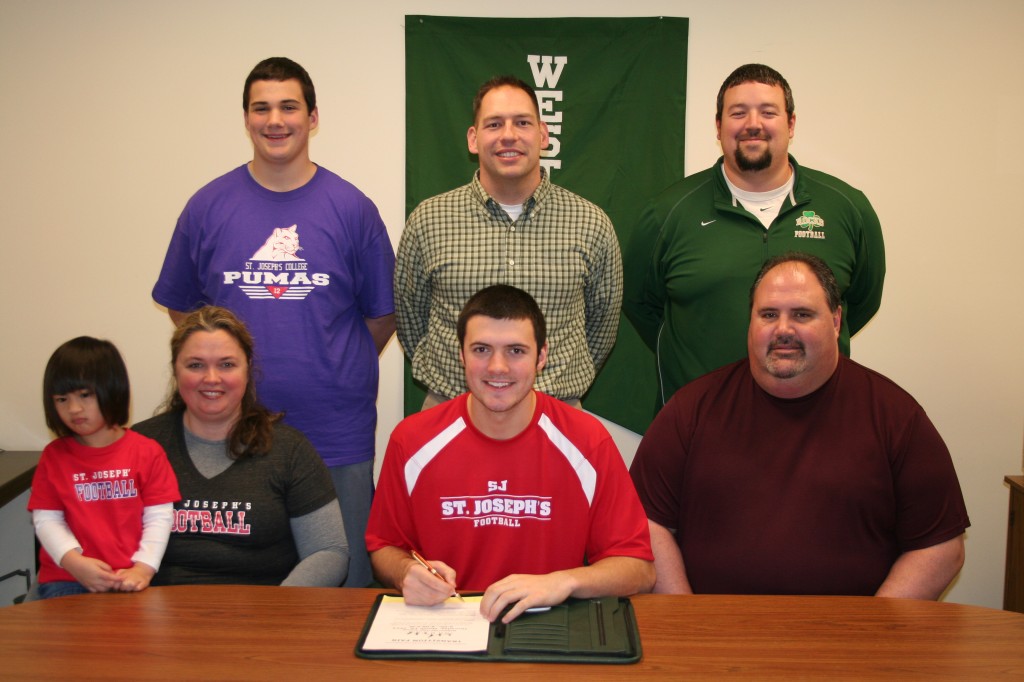 Wade Burtron, a Westfield High School senior, has signed a letter of intent to continue his football career at St. Joseph’s College.

Wade was named All-State Honorable Mention twice in football and All-State Academic Honorable Mention in baseball. He was All-Conference three times in football – once in basketball, twice in baseball. He was a member of the Indiana High School Athletic Association state runner-up in baseball his freshman year. As the quarterback, he guided the Shamrocks to the school’s first win in the Class 5A Sectional. Wade holds school records in career passing yards. He also holds the first and second records in single-season passing yards and third in career points scored in football.

Wadeplans to major in criminal justice at St. Joe College. He is the son of Tony and Beth Burtron.