You are at:Home»Current in Carmel»Wooden beginnings: Carmel’s history 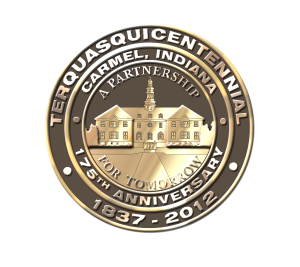 It began in a forest, a great old forest. Mature trees created a crown 80 feet above. Spring leaves created dense shade for many months. Fallen leaves created a ground layer of humus that could be several feet thick. Early blooming plants might briefly flourish, but seldom lasted. If travelers had the sense not to run into tree stems a foot or more across, they could walk or ride with ease across the landscape.

It was not a virgin wilderness. Human inhabitants had crisscrossed the area for centuries. Delaware native villages could be found along the local rivers. Their fires, sometimes intentionally set to drive wild game into the hands of hunters, helped to shape the landscape. It was also not all forest. Prairie grasslands had been in competition with the great trees for centuries. William Connor’s home across White River sat on one of those prairies.

Forests greatly influenced the early settlers of what would become Clay Township. The rich humus soil could only be farmed after the trees were killed. Once felled by iron tools, the wood became a great resource. It provided fuel, fencing and construction material. A craftsman could shape it into simple, practical and often beautiful artisan products. For half a century, until the demands of a Hoosier furniture industry cleared much of the township, forest tracts survived.

Today, you can still experience a memory of that wooden world if you turn your eye to the early surviving buildings in and around Carmel. A few structures remain that are built around log frames, including great logs squared by adz or by early sawmill. Other homes retain the wood siding and decorative trim of a craftsman’s era. A walk through the old center of Carmel, or a drive along the roads of Clay Township, can be a visit to an otherwise forgotten wooden world