You are at:Home»Current in Fishers»Family’s love for music leads to record deal 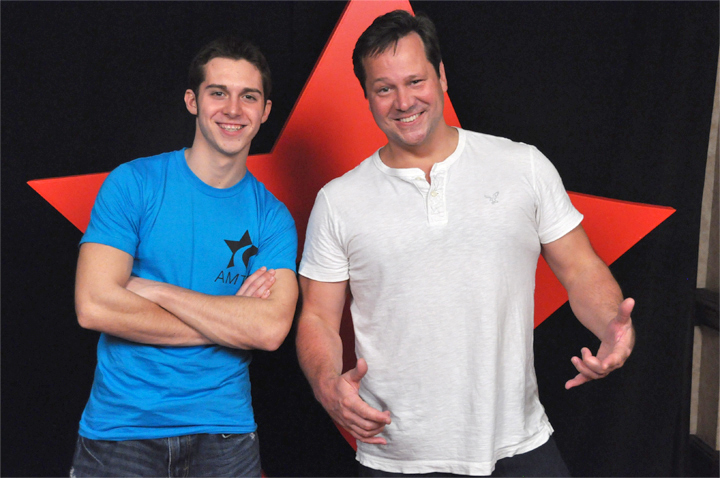 While most of the U.S. sat with eyes glued to the TV screen during the halftime show at Super Bowl XLVI, Fishers residents Kelly and Travis Frank found themselvesdressed as gladiators on the same stage as Madonna.

“Going out there at halftime, all I saw were cameras flashing all around me, and it was just a surreal experience,” Travis said.

Preparation for the halftime show entailed many hours of rehearsal, peaking around five hours a day for the week prior to the performance. However, the hard work quickly paid off with a record deal.

Through an organization called Actors, Models, and Talent for Christ, the Franks were able to attend a conference to meet with industry professionals based in Los Angeles and New York. From there, it was off to the races for the father-son duo. 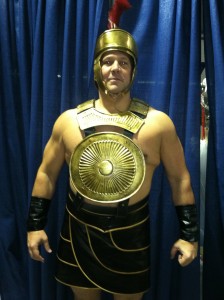 Kelly, the owner of Creative Approach Realty, has been married for about 20 years and has eight children, ranging from Travis, a senior at Fishers High School,tothe youngest of 6 months old.

One of the pair’s strengths lies in their ability to cater to any audience. Where Kelly prefers ’80s rock and evangelical music, Travis tends to lean toward more acoustic sounds, and has even dabbled in some rap.

“It’s unique. We’re taking some of his songs and we’re taking some of mine and making a father-son album,” Travis said. “It’s two completely different genres, but the way that technology works these days, it’s really all about singles.”

Although the music company will provide the necessary equipment, the Franks plan to bring along some of their own musicians to the recording studio.

“We’re hoping to include a few people who’ve helped us do concerts the last couple years on our album just because we appreciate them through the years, and their input and support. I’m hoping to get as many people involved as possible,” Kelly said.

Kelly and Travis plan to travel to Oklahoma in mid-Juneto begin recording for the CD that should release in early fall. They will be putting together a nationwide tour with the music company after the release.

“You just put your name out, make a couple CDs, do a couple gigs, anytime you get in front of a crowd you play and you never know what’s going to happen,” Kelly said.