You are at:Home»Current in Fishers»Woman arrested for throwing dog off balcony 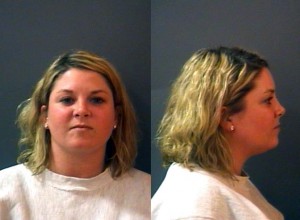 On Feb. 17, investigators with the Fishers Police Dept. arrested a woman on charges of animal cruelty after she allegedly threw her boyfriend’s dog off a second-story balcony.

A witness contacted police Jan. 26 and reported she had information regarding a case of animal cruelty. The witness told police that two days prior she received a telephone call from her ex-boyfriend. During the conversation he explained that his new girlfriend, Sarah E. Rust, 28, of Fishers, had thrown their dog over the second-floor balcony of his apartment. He informed her that he and the suspect had been arguing prior to her killing the dog.

Investigators interviewed the veterinarian and her assistants who attempted to resuscitate the animal. Neighbors and the owners of the dog also gave statements and cooperated with the investigation.

An arrest warrant was issued Feb. 17 for Rust on charges of Cruelty to Animals, a Class “D” Felony. Police took her into custody and transported her to Hamilton County Jail without incident.