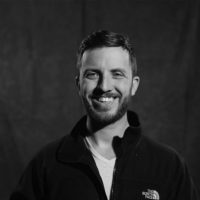 Smith, who was elected to the role during the council’s Jan. 3 meeting, has been on the council since January 2020. Councilman Darren Peterson, who is also seeking reelection this year, was elected as vice president, according to the city.

“We have a lot of projects coming out of the ground this year and I am excited to work closely with Aaron and the rest of our common council members,” Noblesville Mayor Chris Jensen said. “The strong working rapport between this administration and council will prove helpful as we move projects forward that improve east-to-west connectivity and vibrancy to our community.”

Smith, who served as the council’s vice president last year and represents District 3 that includes historic downtown Noblesville, is seeking reelection. He owns a small business in downtown Noblesville and lives with his wife and two children in Old Town.

“I am eager to step into my new role as we see key infrastructure and capital projects move forward this year,” Smith said. “The strategic development of our city is exciting to be a part of while protecting and enhancing our downtown core. This will be a year of strong growth and strategic change that I am excited to be a part of as council president.”

Peterson, who served as council president last year, plans to run as an at-large councilman in the May 2 primary. He is president of Peterson Architecture, an architectural and planning firm founded in Noblesville more than 25 years ago.

The following individuals will serve on Noblesville Common Council committee assignments, which include:

Special appointments of the council include:

The Council holds its regular meetings on the second and fourth Tuesdays of each month. The Council’s next meeting is scheduled for Tuesday, January 10th at 7:00 pm at City Hall.