Anya Stephenson is eager for the challenges of portraying the Snow Queen. 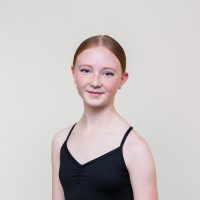 “Snow Queen has always been one of my favorite roles,” Stephenson said. “I enjoyed the music of the snow scene. I’ve been working with the snow pas de deux with my partner and it’s been a new challenge for me. I like working on a new character to bring to life for the audience.”

“Something that has been important to me is building my stamina,” Stephenson said. “The choreography is very intricate and there is a lot to think about because the Snow Queen has many entrances at the end of Act 1.”

Stephenson plays other roles in the scenes in the two shows when the other dancer, Indianapolis resident Miriam Danek, portrays Snow Queen. Stephenson is Snow Queen in the final two performances.

“It’s one of my favorite ballets to watch and to dance in,” Stephenson said. “I love learning new choreography every year and it never gets old.”

Stephenson said she is dancing en pointe, which adds an extra challenge.

“Partnering is more difficult, in my opinion, than dancing by myself,” Stephenson said. 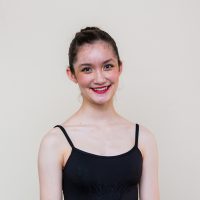 Ciara Farley, a homeschooled junior from Carmel, will perform as the Sugar Plum Fairy in the first two performances. She has been with BTCA for 11 years. Nisha Tague of Brownsburg will portray Sugar Plum in the final two shows.

“This is one of my dream roles and I’m excited to have been cast as Sugar Plum,” Farley said. “One of the things I look forward to is the artistry of the performances. I love ‘The Nutcracker.’ It has so many memories. It’s a magical experience.”

Farley was one of the Snow Queens last year.