You are at:Home»Current in Westfield»Westfield Community»Wanninger to run for Westfield City Council seat

The former public works director for the City of Westfield has announced he is running for an at-large seat on the Westfield City Council.

Kurt Wanninger, who served in the role from 2002 to 2012, said he is uniquely positioned to run for council because of experience and leadership in the public and private sectors, his commitment to hard work and decades of serving the Westfield community. 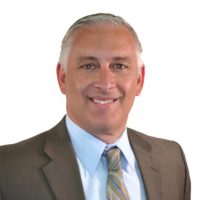 “Westfield’s success is important to me,” he said. “I have always put Westfield first and will continue to do so as a city council member. I know in my heart that we have the potential to be an even greater unified city.”

Wanninger said it is his mission to “build trust in our local government and be an advocate for the citizens of Westfield.” If elected, Wanninger said he will focus on “putting Westfield residents first by restoring confidence, respect, and support among the city council, being transparent and accountable with taxpayers’ dollars, and approaching the city’s imminent growth with intention and strategy.”

Wanninger cited his experience in the private and public sectors that makes him qualified for the role. As public works director, he was able to develop a vast knowledge of the city’s infrastructure, he said.

Wanninger is a senior project manager with Wessler Engineering. In addition, he worked with American Water, one of the largest water providers in the United States, on the executive team by providing leadership in the operations and engineering department. He has also successfully managed multi-million-dollar projects and “implemented innovative programs and solutions across multiple states that resulted in increased efficiencies, reduced costs and cost savings,” he said.

Wanninger serves on the board of directors for the Open Doors Food Pantry of Washington Township as vice president and has volunteered for the organization for the last 20 years. He is a past president and serves as the treasurer of the Rotary Club of Westfield.