For more than 13 years, Craig A. Meyer has been portraying Elton John in a tribute show.

The 1981 Carmel High School graduate, who is based in Atlanta, finally brought the act home in March, appearing at the Palladium at the Center for the Performing Arts in Carmel.

“The March show was great fun, and it was so great to be back in the arms of such dear friends and play to the hometown crowd,” Meyer said. “It was a lovely evening. I was even more excited when I got a call from Michael Feinstein’s manager, who runs his clubs. He said Michael had heard about how well the show had gone at the Palladium and wanted to know if I was interested in performing in some of his clubs.” 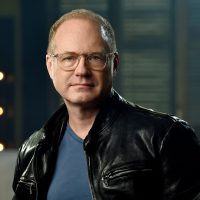 Meyer will make his Feinstein’s club debut at Feinstein’s cabaret at Hotel Carmichael in Carmel. Meyer will not wear his usual Elton outfits during his “New Year’s Eve with Elton & Me: My Life As Elton John” show. The performances are at 7:45 and 10:45 p.m. Dec. 31.

“It’s going to be different than anything I’ve ever done with the show because I won’t be performing as Elton John,” he said. “I’ll be performing as myself, telling my life story with the music of Elton John and a few other people. I’ll be wrapping my story up with those great Elton John songs and how they have impacted my life.”

Meyer will perform by himself on piano.,

“The terror that I felt about that was pretty high,” he said. “It’s subsiding now that I’ve got a feel for where the project is and how it’s going to pan out and flow.”

Meyer said he’s happy the first appearance with this format will be in Carmel because his family will be the first ones to see it.

“I’ll talk about touring with Barry Manilow,” Meyer said. “I’ll talk about my parents and my family. Both my parents passed away in the last two years. This will be the first New Year’s where neither of them will be on Earth with me. Since my father’s death in May, there has been a lot of shifting in my world.”

Meyer said there has been a lot of laughs and tears as he worked through the show on his life.

“I want to make sure the show is good because they’ve put a large amount of trust in me to anchor their New Year’s Eve shows,” Meyer said. “I’m humble they offered it to me, and my goal is to exceed their expectations.”

For more, visit feinsteinshc.com. For more about Meyer, visit almosteltonjohn.com.