You are at:Home»Current in Westfield»Westfield Community»Candidates launch bids for Westfield City Council

Two Westfield residents have announced they plan to run for seats on the Westfield City Council in the May primary in 2023.

Joe Duepner, a local attorney who owns his law firm, Duepner LLC in Noblesville, is seeking the District 3 seat. A second candidate, Patrick Tamm, will run for the District 4 seat. He oversees Tamm Capital Group, an association management and governmental affairs firm. 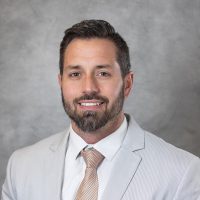 Duepner, who will run as a Republican, said his campaign will focus on making conservative financial decisions around smart growth and an infrastructure that supports it. Duepner said lowering taxes will be a key first step in diversifying the current tax base.

“Growth is inevitable for Westfield. It’s time to start proactively planning for it,” Duepner said. “I want all families to have an ample amount of opportunities and options to have fun together. Whether it’s a lively downtown with independent restaurants or more connectivity throughout the city, it’s time.”

The District 3 seat is held by City Councilman Joe Edwards, who has not announced whether he’ll seek another term. Duepner, whose practice focuses on personal injury, family, criminal and estate and probate matters, said his success as an attorney has arisen from becoming deeply ingrained in his client’s stories and his passion for learning about new things.

Duepner prides himself on his follow-through and dedication he provides to clients, something he thinks would be a benefit if elected as a councilman.

“I see myself applying these characteristics to the Westfield City Council, too,” Duepner said. “I’m ready to solve challenges for Westfield residents and be there when they need me most.” 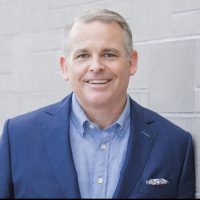 Meanwhile, Tamm will also run for a spot on the council during the primary as a Republican. The District 4 seat is held by Scott Frei, who also has not announced plans about whether he plans to run for reelection.

“I have a track record of bringing solutions to the table. I’m passionate about how local government makes a direct impact on the community we live in, and I’m ready to lead with a collaborative and strategic approach,” Tamm said.

Tamm, who is a former intern for the Republican State Committee, has worked for former Indianapolis Mayor Steve Goldsmith, former U.S. Rep. David McIntosh and former Gov. Mitch Daniels. He created Tamm Capital Group more than nine years ago. It focuses on nonprofits, trade associations and Fortune 500 companies with an attention on hospitality, tourism, employment, local government and regulated industries.

Tamm said if elected, he will focus on growing a strong quality of life in Westfield that includes building upon what Westfield already has in place.

“Residents should be proud of where they live, and we need to further define how we make Westfield a desirable destination while still keeping the heart of Westfield intact,” Tamm said.

Tamm added that he wants to create a more diversified tax base to lower taxes for residents, noting that he intends to lead with a common-sense approach on the council by being transparent and team oriented.