You are at:Home»Current in Fishers»Fishers Cover Stories»Path to the future: Demolition of old City Hall clears way for new building

Fishers City Hall is sinking. The building, which used to be the Town Hall until Fishers became a city in 2015, was built in 1991. Because of a water table hidden under its surface, city officials decided last year that the infrastructure was failing. A new three-story City Hall is set to be completed in the spring of 2024 and be home to the new Arts and Municipal Complex.

“It’s always bittersweet to have a part of the city’s history go away, but we’re excited about having the new City Hall and Arts Center come online in 18 months or so,” said Ashley Elrod, the City of Fishers’ director of community and public relations. “Unfortunately, we’re in the position where we have to demolish the building because of its infrastructure failure, but we’re really excited to turn to a new chapter and provide even more amenities to our community through it.” 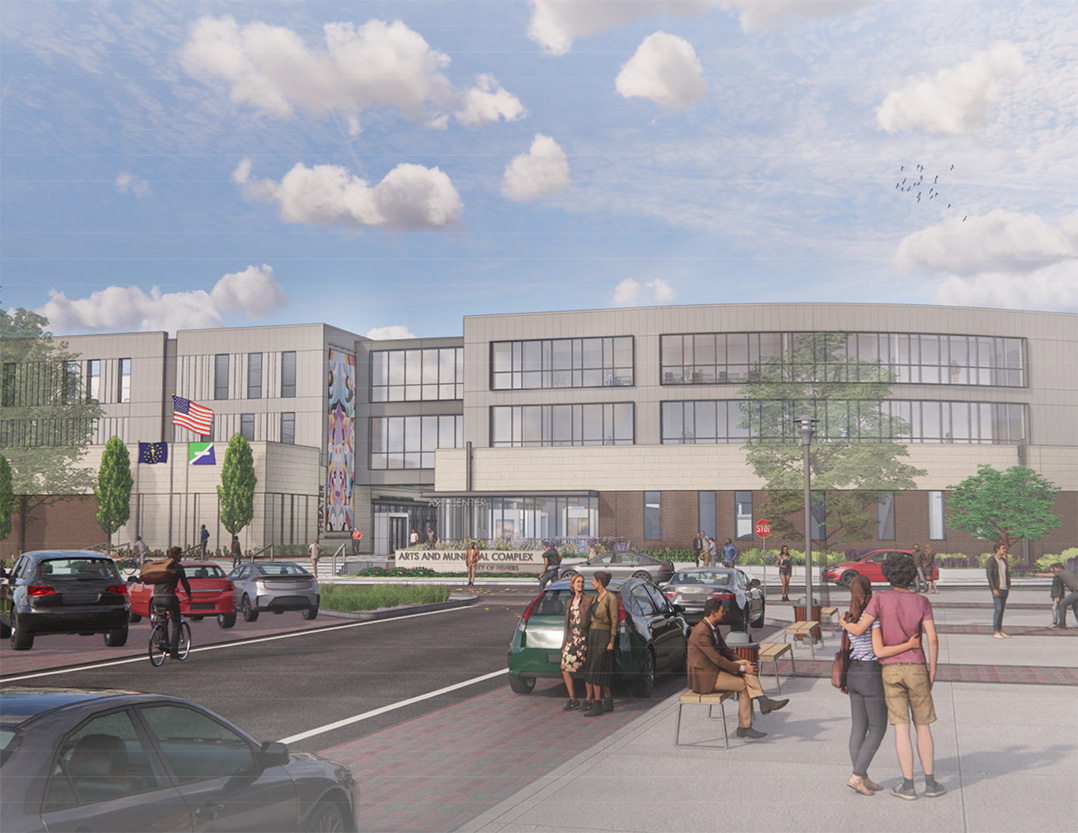 Artist’s rendering of the new City Hall building set to be completed in the spring of 2024. (Rendering provided by the City of Fishers)

The new building will cost an estimated $22.8 million, according to city officials. It is being funded in part by the American Rescue Plan Act, the national grant given to local governments across the U.S. in response to the COVID-19 pandemic, which will cover $6 million. Bonds and cash reserves will cover the remaining costs, Elrod said.

Once complete, the first floor of the building will house a new Arts and Municipal Complex. This will house a theater that Hamilton Southeastern Schools can use for concerts as well as host other arts classes and community amenities.

“(The new City Hall) will be a central part of the vibrancy of downtown Fishers,” Elrod said. “Residents and visitors will be able to access city hall in a new and different way.”

Elrod also said that the city wants the public to find the new City Hall a welcoming and inviting place to meet, find city officials or enjoy the offerings of the Arts Complex.

“I’m excited really about having a space in the community that does feel welcoming,” Elrod said. “I think your traditional City Hall feels like you can only go in for official business or official events, but my hope — and what I’m excited about — is being able to welcome the community in and have them exposed to arts and performances and cultural experiences that make them feel more connected to the community.”

Some residents who have lived in the area for a while, like Fishers Fire Dept. Capt.John Mehling, who is also the department’s public information officer, see this new building as an opportunity for growth throughout the city.

The Fishers Fire and Police Dept. have been used the old City Hall building for training since it closed in August. The departments don’t have many opportunities to train in commercial-sized buildings, Mehling said.

“(It) is just an example of how the department and the city utilizes opportunities whenever we can,” Mehling said. “They could have easily just torn this building down and not have any training on it, which would have been a complete loss not only for our on-duty guys, but for recruits that have never had an opportunity to work out in a building like this.”

Mehling has lived in Fishers since 1990 and saw the construction of Town Hall. He said it is interesting to see it being torn down and come full circle as a new City Hall is about to be constructed. 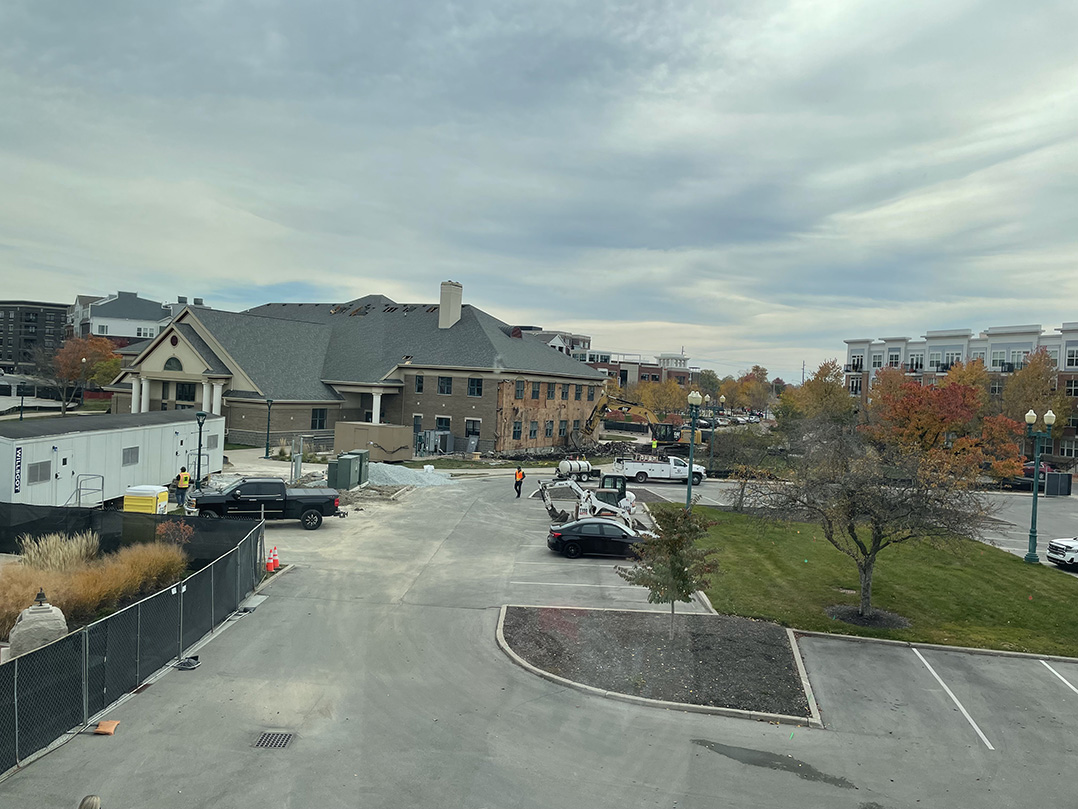 Demolition of the old City Hall building was expected to be completed last week, and construction is set to start after the land has been cleared. (Photo by Taylor Dixon)

The Fishers police and fire departments have been using the old City Hall for trainig for about a month, according to John Mehling, Fishers Fire Dept. captain and public information officer. The fire department has been using it to practice drills such as navigating hoses throughout the building and practicing ventilation, which was why there were holes in the roof prior to demolition, he said.

“Training is always our No. 1 goal. The more you train on something, the better you become at it, and it also becomes second nature,” Mehling said. “So it’s kind of like when you’re going through driver’s ed (course), the more you drive and get that experience, the better you are so that if you’re ever in a situation where you have to react, you don’t have to think about it because you have that skill and experience already in your head so that you’re just automatically do the things that you need to do. It’s the same thing in firefighting, the more we do something, the more second nature it becomes. When things start to go bad you don’t have a lot of time to think about your reaction.

“So, you have to just react and having had so many repetitions of a drill allows your reaction to be the right one.”