You are at:Home»Lifestyle»55 and Better»Carmel resident contributes to ‘Chicken Soup for the Soul’

Holly Green has always been an avid reader and storyteller.

“Even as a child, I wrote stories and kept them in a notebook,” she said. “In fact, I lived in France for six years as a kid and wrote some of my first stories in French. My sons and grandsons have all snuggled up with me and heard me tell tales I made up on the spur of the moment to settle them down at bedtime.” 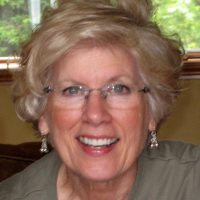 When the 74-year-old Carmel resident retired from nursing 10 years ago, she said she had more time to write.

In 2020, she began submitting stories to “Chicken Soup for the Soul” at the suggestion of a friend and fellow writer.

“The stories they accept must all be true,” Green said. “Since then, I’ve had seven stories accepted (for publication). I have a story about my mother’s stubbornness as she aged (‘Andrew, Andrew’), a story (‘Don’t Ever Say That’) about my little grandsons struggling to understand the difference between God as a swear word and a word of faith, two stories about dogs who gave comfort to stressed people, and a story about the fire that burned down our office in 2005.”

The story in the most recently released “Chicken Soup for the Soul: Attitude of Gratitude” is called “Wrinkles.”

“It’s about a visit we made to my little grandsons (7 and 9) in South Carolina,” Green said. “Because they are very glad to see us and are plenty rambunctious and active, my husband and I were exhausted by the end of each day. But each morning, well before it was light, they crawled into bed with us and whispered, ‘Are you awake?’ It was way too early but we had the sweetest conversations. One morning they counted the wrinkles on my face and told me my wrinkles were the good kind. I learned a lesson in being thankful for their love and counting it as a blessing, even though it cost me some sleep. It was well worth it.”

Green said her seventh story is featured in a volume that will be available for purchase later this month.

“It’s a lighthearted story about working on Christmas Eve the first year I was married,” Green said. “I’ve never forgotten that hectic day and still smile when I think about the confusion my name, Holly Green, caused. When I got a request from ‘Chicken Soup for Christmas’ stories, that one popped instantly into my head. They liked it.”

Green said as a storyteller, it helps to have lived a long time.

“One accumulates an awful lot of stories in that many decades,” Green said. “The editors at ‘Chicken Soup’ send out requests for stories on a wide variety of topics, and when something jogs my memory, I write it up and send it in.”

Green also has published four novels under the pen name Anne Ashberg. A fifth book, “The Target,” is scheduled to be released later this fall.

The novels are available on Amazon.com.