John Shertzer, 46, a Zionsville resident experienced in nonprofit management, has worked in many leadership roles, most recently appointed executive director of the Congressional Medal of Honor Foundation by board chair Dave McIntyre.

Shertzer said he is not a veteran himself, but was inspired to work for the Foundation because of his admiration for the military and the people who regularly make sacrifices on behalf of the nation.

The Foundation’s mission is to “advance the mission and provide a path for financial support of the Congressional Medal of Honor Society,” and was founded in 1958 by Congress and President Eisenhower to address the well-being of Medal of Honor recipients, according to the Foundation’s website.

“We looked for someone who saw the importance of the values and legacy of the Medal of Honor who could then bridge them with a vision for involving new partners and supporters,” McIntyre said. “John has that vision, along with the experience and genuine sense of the special opportunity this represents to work alongside our country’s greatest heroes.” 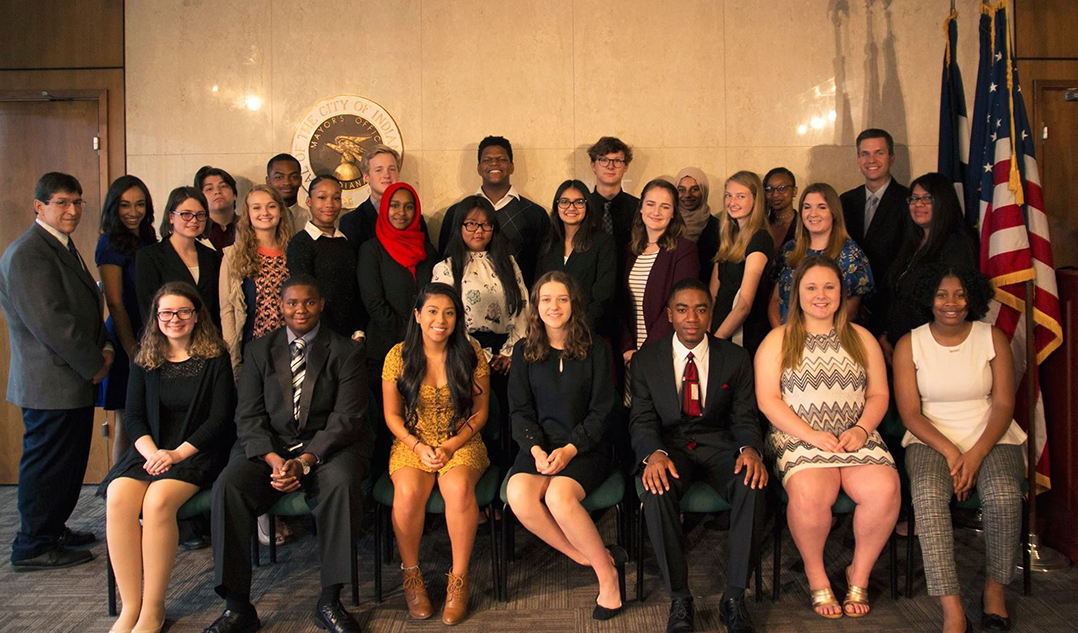 Shertzer pauses with a group from the 2018 Indianapolis Mayor’s Youth Leadership Council he helped to establish.

Shertzer has served as the chief programs officer at Kiwanis International; executive director of Kiwanis Youth Programs; founded and led the Mayor’s Youth Leadership Council in Indianapolis; and most recently served as executive director for the Society of Professional Journalists, among other roles.

Shertzer said he left the SPJ to work for the Medal of Honor Foundation because of his admiration for the military and because it is where he would like to finish his career.

In his new role, Shertzer said he will be overseeing the entirety of the organization, doing behind-the-scenes work like budgeting and fundraising for Medal of Honor recipients and programs run by the Foundation.

“We would benefit from having more conversation and discussion around things like courage, sacrifice, commitment, patriotism, citizenship, those values that are core to what we do (at the Foundation),” Shertzer said.

Rod Hicks, director of ethics and diversity for the SPJ, said Shertzer was one of the best bosses he’s ever had. Hicks said he is sad to see Shertzer go but is happy for him in his new role.

“He does not come from the journalism world, but it would be hard to tell,” Hicks said. “I was impressed with how quickly he came to understand our industry, to the point that he could have really good conversations about it and sound like he is speaking from authority.”

Shertzer said he’s had mentors every step of the way who have inspired him in his career and personal life. One of the people he said has inspired him most is Lee Dorsey, his longtime mentor and life skills coach, who he met nearly 15 years ago at Leadership Ventures, a leadership development program that brings together boards of trustees from nonprofit organizations.

Dorsey, an Avon resident, former firefighter and retired pastor, said it didn’t take long for him and Shertzer to realize they had similar interests in developing organizations and people, particularly those working through periods of transition. 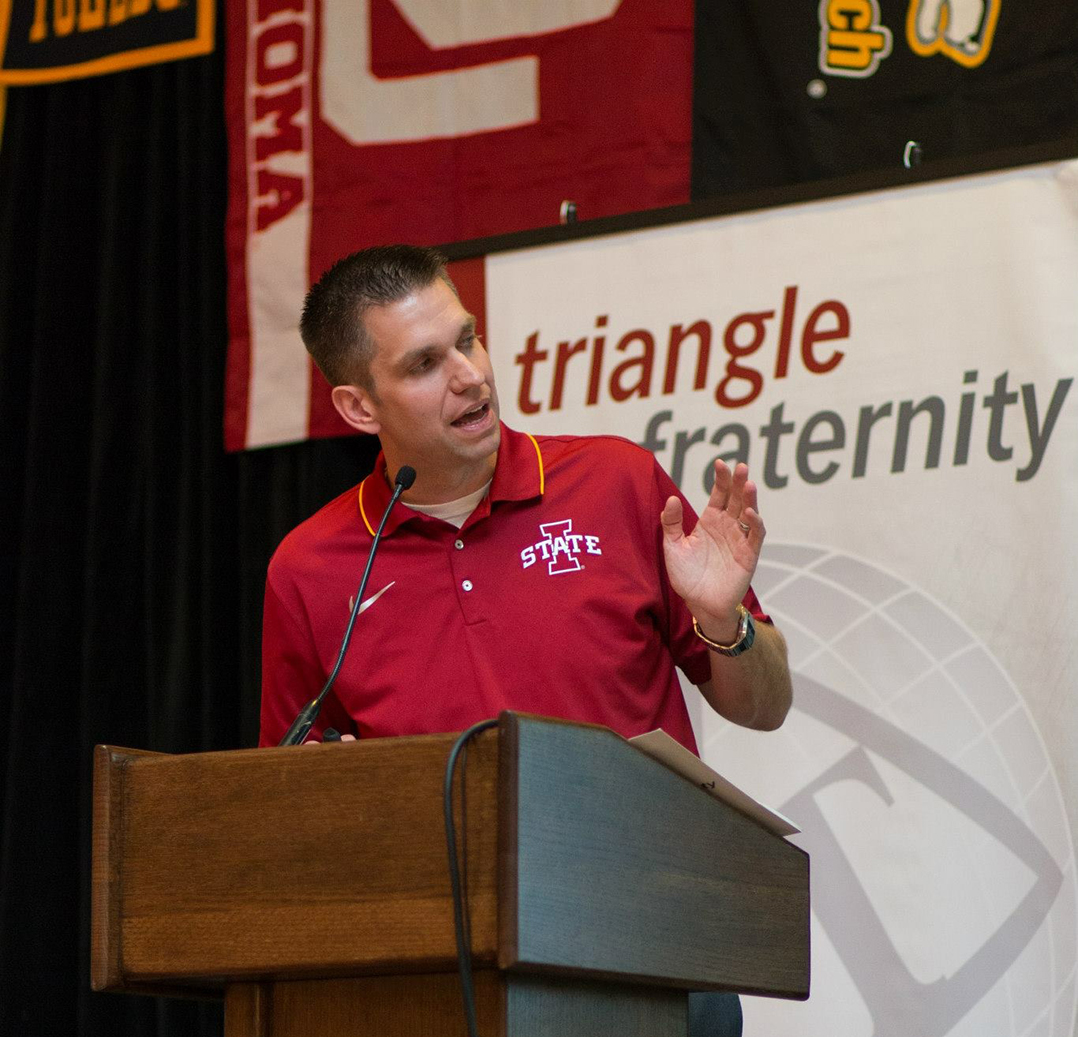 John Shertzer speaks during an event for the Triangle Fraternity after receiving their Richard H. Sudheimer Interfraternal Leadership Award for his work in fraternity leadership and education.

“He believes in and practices servant leadership. Those aren’t just words to him. He really takes that to heart and tries to see how that fits whatever organization or environment he’s in,” Dorsey said. “He has a gift for helping others to focus their vision and their commitment to an organizational mission.”

“John has an unassuming manner about him,” Dorsey said. “He doesn’t make it about him. He cares about doing quality service that benefits others and his larger community.”

Shertzer said he takes into account his family, especially his sons, when he makes decisions regarding his career. He said he loves getting his three sons, who are 16, 12 and 9, engaged in the work he does, and the Foundation provides plenty of opportunities to do so.

“When I think about a position to take or what I’m going to do, I think, ‘Would my kids be proud of me if I were to do this? Is there a way that they can get involved in the cause as well?’” Shertzer said.

Shertzer said he encourages others to think about getting involved in nonprofit work if they aren’t already.

“I think anyone who loves the idea of entrepreneurship or building a business or working in the business world, but at the same time wants to make a difference and a community sense, a not-for-profit entity is a good choice for them,” Shertzer said. “It allows you to use the skills that you’d use in business, but every night you go to bed knowing that you did something that likely mattered to a lot of people and made their lives better.” 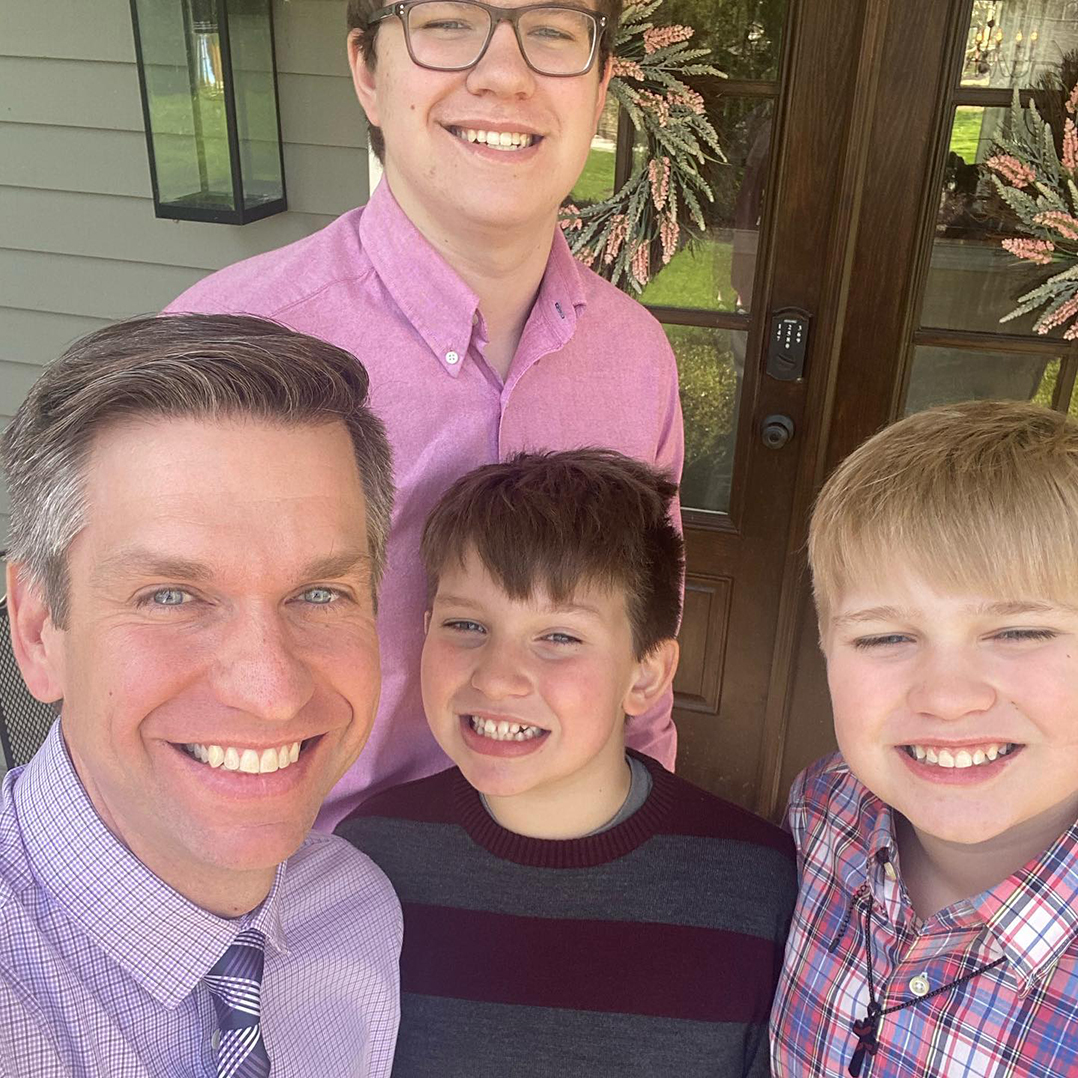 Has lived in Zionsville for 13 years

Executive vice president of the Zionsville Little League board