The Westfield Library Foundation will conduct a book shelving ceremony Sept. 17 that will also recognize three winners of a children’s book writing contest.

The ceremony begins at 11 a.m. at the Westfield Washington Public Library, 333 W. Hoover St. Three residents, Anna Dilley, Margo Greyvenstein and Amy Adams, will be recognized at the event. 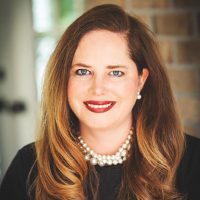 “Back in April, we partnered with First Community Bank of Indiana to host a children’s book writing contest in celebration of the library’s 120th birthday,” said Erin Downey, executive director of the library foundation. “Three winners were chosen, and their books have since been published. We’re now inviting those authors back to the library to help us place their books on the shelves.”

Dilley, 12, won the youth category for her book, “Rocky Goes to the Library,” which is about a puppy learning to read. She won a $100 prize for her book and put the money into her savings account.

“I screamed and jumped up and down when I found out I won,” Dilley said. “I can’t believe I’m a published author and people will be able to check out my book.”

Greyvenstein, 16, won the teen category for her book, “An Adventure to Dream For,” which tells the tale of a young boy who loses himself in a library book during a storm. She plans to put her $250 prize toward the purchase of a baby grand piano.

“I was thrilled to win because it’s the first time I’ve ever entered a writing contest,” Greyvenstein said.

Adams won the adult category for her book, “A Book for My Birthday,” which is written from the perspective of the library and all the books it has received as “gifts” throughout its lifetime. Adams is a former journalist who has ghost written several books, but it will mark the first time she will be credited as the author of a book.

She received a $250 prize for her book and was delighted to win.

“I’ve always dreamed of writing a children’s book and I absolutely love history,” she said. “So, when I read about this contest, I knew it was time to finally put pen to paper.”