You are at:Home»Current in Westfield»Westfield Cover Stories»Cheers!: West Fork Whiskey Co. up and running in Westfield

“We needed more land, and ideally we wanted to be close to a highway or close to another tourism attraction, so it wasn’t just us bringing in people,” said Blake Jones, who co-founded West Fork with his older brother Julian and David McIntyre. “We toured a lot of different places (around Indianapolis). It seemed to us that Westfield provided the best of almost everything. Grant Park sees almost 2 million people a year.  We’re a couple of minutes off a highway.

“We have great water for whiskey production that is very important to us and land to grow on.”

The Jones brothers, who live in Indianapolis, and McIntyre, who resides in Westfield, were childhood best friends in Bedford.

The 35,000-square-foot facility, near Grand Park at 10 E. 191st St., opened to the public Aug. 20. The signage is branded as West Fork Whsky Co. Originally, West Fork was supposed to open four to six months ago. Blake said the COVID-19 pandemic and supply chain issues delayed the opening.

Production won’t be running in Westfield until the first quarter of 2023. Blake said the company controls 25 1/2 acres, so there are plans for a playground, overnight experiences and perhaps concert venues and additional office space.

“We want to build a complex and be here for a long time,” Blake said.

Blake said it was an emotional moment to see the Aug. 10 ribbon cutting. 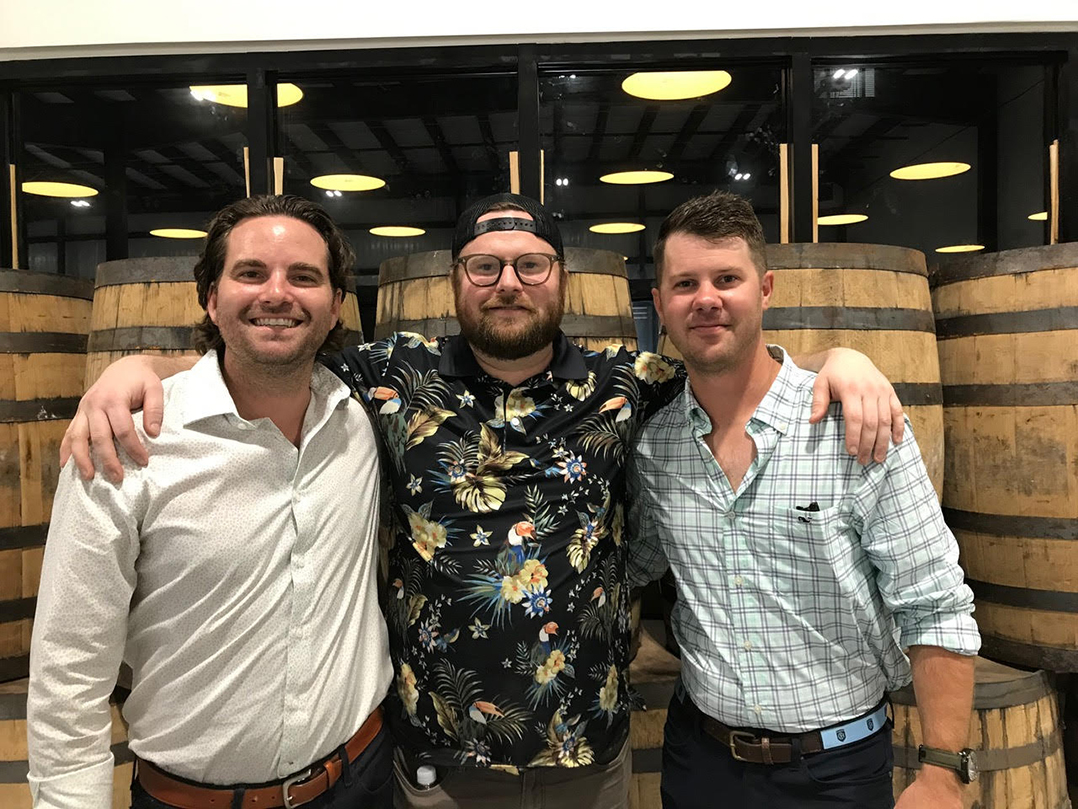 “We left what could have been very good careers for ourselves. We took a massive risk,” he said. “We didn’t take any money from the company for a long time. We didn’t have backgrounds in whiskey or spirits production.”

Then they struggled with finding financing and a developer during the pandemic.

West Fork started in Park 100 in 2014 on the inside loop on the northwest side of Indianapolis.

“There are a bunch of warehouses there and we barely had a sign,” Blake said. “We were doing it on nights and weekends. We also had day jobs and my brother was in medical school. I was a banker and getting an MBA. David was in law school in Florida and worked as a consultant. We cashed out our 401ks and maxed out our credit cards. We’ve grown substantially since then.”

West Fork opened a tasting room in downtown Indianapolis at 1660 Bellefontaine St. and was named a top 15 whiskey bar in the U.S. by Yelp. Two years ago, we won the best micro whiskey distillery in the U.S. at the International Whiskey competition.

Blake said the Westfield facility will make the company one of the largest whiskey producers in the United States.

“By our estimation, we’ll be one of the top 50 whiskey producers in the country,” he said. “We’re looking to find our long-term home in Westfield. The community has been incredible to us over the last year.”

West Fork also features an event center for weddings and corporate events. In addition, a family-friendly restaurant and cocktail bar is also available.

Besides attracting sports organizations, Cook said Westfield officials wanted to entice those in the hospitality area.

“On behalf of the city of Westfield, we are thrilled to have West Fork Whiskey, and we look forward to a long and profitable relationship,” Cook said.

Julian said he serves as the distiller, engineer and technical person.

“Learning how to learn about anything is up my sleeve,” said Julian, who has a bachelor’s degree in biochemistry and a master’s in biology. “But all help each other out to do (just) about everything.”