You are at:Home»Current in Zionsville»Zionsville Cover Stories»Enshrined: Stehr to be inducted into Indiana Broadcasters Pioneers Hall of Fame

John Stehr recalls a time when “Punky Brewster,” a 1980s sitcom, had a higher rating than WTHR-TV Channel 13 news. The retired news anchor also recalls that when he joined the station in 1995, Channel 13 built a team around him that skyrocketed WTHR to the No. 1 news station in Indianapolis. 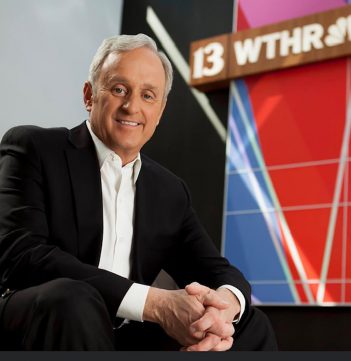 John Stehr was the lead anchor at WTHR-TV Channel 13 News for 23 years, prior to his retirement in 2018.

Now that he is about to be inducted into the Indiana Broadcast Pioneers Hall of Fame as a member of the class of 2022, Stehr – a Zionsville resident – regards the distinction as a shared honor with his former colleagues.

“I don’t think it’s as much mine as it is a validation of the entire team, and everybody who has played a role along the way,” said Stehr, 64, who retired in 2018 after serving as lead anchor for 23 years.

Stehr and five other Hoosier broadcasters, including fellow Zionsville resident Kristi Lee, who is co-host and news director of the “Bob & Tom Show,” will be recognized Oct. 4 at an induction ceremony in Carmel. Multiple attempts to reach Lee for comment were unsuccessful.

One of Stehr’s friends and former co-workers, Chris Wright, had the opportunity to work alongside him for 14 years at WTHR. He said Stehr was like the quarterback of the newsroom, as he was central to the team and to the station’s success at that time.

Wright said Stehr was unique in his ability to handle the hard stories as deftly as he did the positive ones, and that he encouraged the entire news team to do the same. 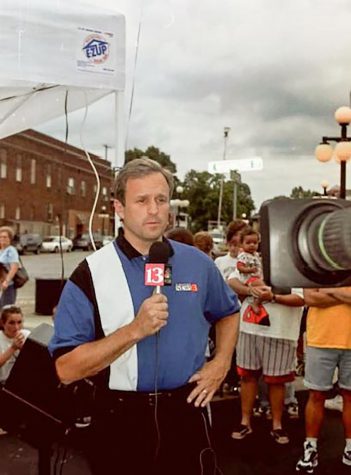 John Stehr reports on a story in Martinsville for WTHR-TV Channel 13 in 1998.

“I think that having a free flow of information is so important,” Stehr said. “When I started out, I felt good to be part of something that I considered to be foundational to humanity.”

While reflecting on his time as a news anchor, Stehr said he had many unique experiences. He had shaken the hand of every U.S. president since childhood, traveled to Russia to report on U.S. Sen. Richard Lugar’s efforts to lessen numbers of nuclear weapons, and visited South Africa with Indianapolis Zoo workers as they caught rhinos.

“But those times don’t stick in my mind as much as just interviewing regular people with stories to tell,” said Stehr, adding that despite often meeting people on their worst day, he said he experienced a lot of grace and trust from those who were willing to let him share their stories.

Stehr said he took very personally the trust that others put in him as a reporter, and he wanted his reporting style to reflect that trust.

Wright said one of the best parts of newscasts were commercial breaks, when the anchors would talk and get to know what was going on in each other’s lives. It was during those moments that some of the closest bonds were formed between the team at WTHR.

“Sometimes you have stories that really touch you personally,” Wright said. “He was always quick to find a way to ease the tension in the room for us to help us relax.”

Although he enjoyed his career, Stehr said he recognized it was finally time for him to retire as social media changed the world around him. He felt that it was time for him to step aside to let the next generation take the broadcasting reins. 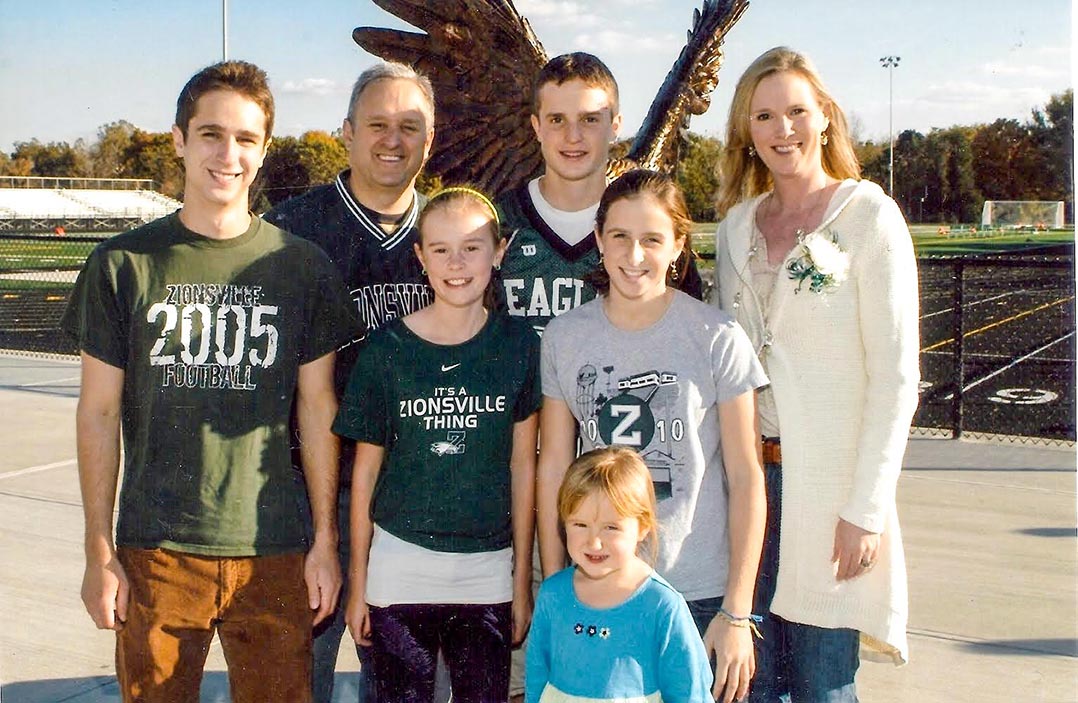 John Stehr pauses with his family at Zionsville Football’s Senior Night in Fall 2010. Family members are, back, from left, Morgan, John, Connor and Amy; middle, from left, Jeanie and Riley, and front, Meredith. (Photos courtesy of John Stehr)

Since he retired, Stehr has had more time to spend with his wife, Amy, and his labradoodle, Johnny Cash. The Stehs have had much more time to travel to see their five children.

Although he is retired from broadcasting, Stehr serves as president of the Zionsville Board of Parks and Recreation. While it is not directly comparable, he said there are many ways in which his current role is similar to broadcasting.

“It’s all about communication, telling a story, bringing people together and building consensus,” he said.

“Over-the-air broadcasting is still the only place where there can be a shared event,” Stehr said. “Bringing people together like that for a common purpose is awesome.”