You are at:Home»Current in Fishers»Fishers Cover Stories»Makers’ mark: Make48 competition coming to Fishers

An inventor competition, Make48, will be held at Fishers Maker Playground next month.

Make48 is a competition where contestants have 48 hours to create a product that will help solve a problem for a business. The finals of the national competition will air on Public Broadcasting Service. Prior to the finals, Fishers Maker Playground will conduct a local competition with eight teams of two to four people. The winner of that competition will move onto next year’s national finals. 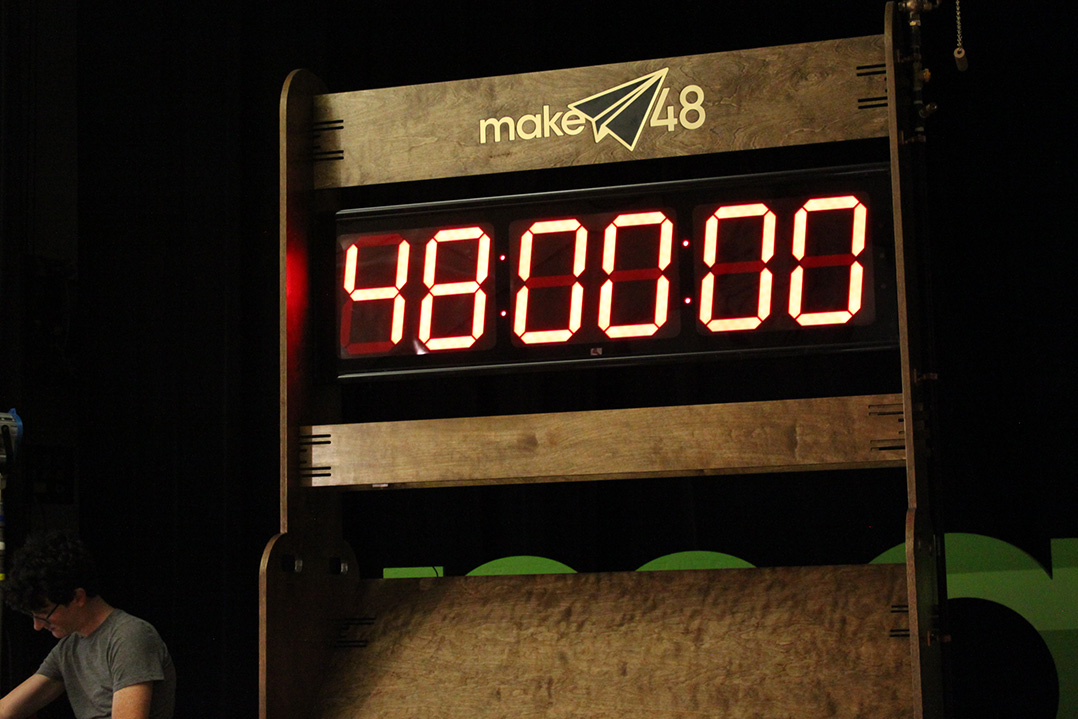 Competitors only have 48 hours to create a prototype, promotional video and pitch their idea to the judges.

The Make48 contest rules are simple — teams of two to four people will have 48 hours to create a prototype, promotional video, sales sheet and present their idea to a panel of judges.

Fishers Parks and Recreation Director Sarah Sandquist said that the concept of “making” is relatively new and she is excited to host the Make48 competition to shed some light on the emerging concept.

Last year, the “Make48” events expanded to four cities, including Indianapolis, and was held at the Machyne Makerspace at 16Tech. Fishers Maker Playground entered a team, which is how it got connected with Make48.

“Makers” are people who make things with their hands, be it more traditional ways of making things like woodworking or welding, newer methods from computer programming to 3D printing. Even the concept of “do it yourself” and repurposing old furniture and other materials is considered making, according to Sandquist.

“At the end of the day, it’s a playground of tools and technology and art. Our goal really is to just encourage more people to get creative and to make things with their hands and to experience the space that we have available to the entire community,” Sandquist said.

The unique thing about Make48 is that, unlike other making competitions, competitors don’t have to know how to operate tools or other equipment needed to bring their idea to life. Competitors range from age 7 to 70, Make48 co-founder/CEO Thomas Gray said.

The Make48 competition was created in 2015 when Gray and three of his friends, Rich Brull, Bob Coulsten and Curt McMillan, wanted to create a competition for everyday people. For example, Gray said that he had a background in product development, and his co-founders had backgrounds in inventing, so between them they could create anything. 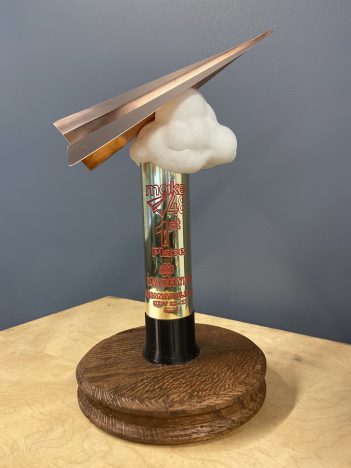 The Make48 trophy awarded to the winnning team.

“What we found was that most of the innovation is locked in people’s heads. And it’s really hard to prove your idea unless you have a prototype,” Gray said. “You need a physical prototype to prove what you’re thinking. So, the inspiration was, let’s get everyday people who can’t build together and get the ideas out of their heads and into their hands but use a group of people who can build it on their behalf.”

Every year, the concept or theme of the challenge changes, and the prompt is not fully announced until the competition begins.

This year, the Indiana competition is sponsored by Corteva Agriscience, an agricultural company based in Indianapolis. The theme is “Food Preservation and The Supply Chain — Food at the Right Place at the Right Time.” The sponsor of Make48 challenges gets to choose if (the product) will be self-serving or if it will help the community.

If the winning product gets marketed, Gray said it could help with food waste in the community.

“Our aim is to convert the food before it ends up in the landfill into a meal that’s ready to eat,” Gray said. “So, for someone who cannot ultimately afford a fresh meal or potentially doesn’t have the time, it’s a matter of trying to get the food waste converted into a proper meal and get it to the right person.” 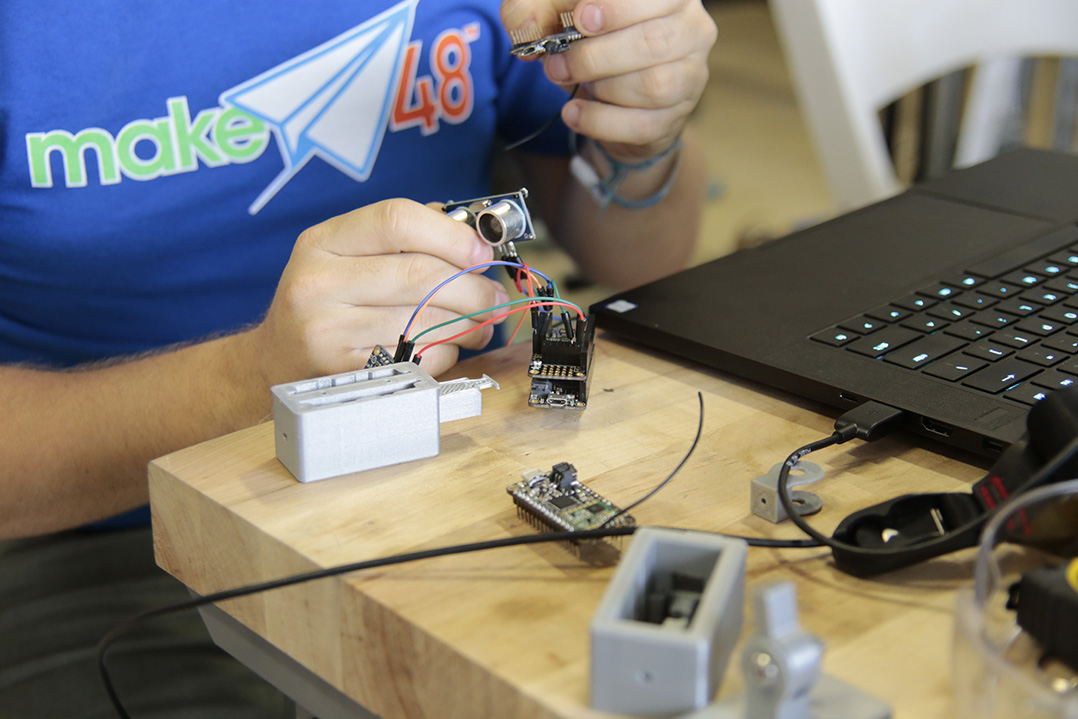 A “maker works on a project at last year’s Make 48 competition in Indianapolis. (Photos courtesy of Make48)

A commitment to diversity

Make48 also works to select diverse teams from around the area. It looks to find 50 percent women, 30 percent people of color and 30 percent of people from underserved communities. Make48 worked with United Way and Corteva to find nonprofit organizations that would be a good fit to invite to compete, Thomas Gray said.