You are at:Home»Current in Westfield»Westfield Cover Stories»Getting in step: Pride of Westfield marching band to perform “The Dark Horse”

The Pride of Westfield marching band is heading into its upcoming season with plenty of visuals, momentum and excitement that is expected to resonate with audience members.

The 110-member band plans to perform “The Dark Horse” this season, which has a focus of underdogs winning, said Rebecca Rust, a senior drum major who is leading this year’s group. The title is also a song by pop artist Katy Perry that many people should recognize as students perform, Rust said.

Students have put plenty of work refining and preparing for their performance as they practiced during band camp over the summer. Rust, who is in her fourth year with the marching band, also has plenty of responsibility on her shoulders in her leadership role this year.

“It’s really up to me to be able to coordinate both upper leadership and lower leadership, as well as being there for the students, because if they’re not at their best, then the band can’t be at their best,” Rust said. “So, it’s my job to make sure everything’s right for them and right in their way.”

Rust said she tries to help all marching band members be their best, noting that having a support system is critical to the band’s success.

“We try to instill a sense of family with them, and we want to make sure that support system is there and that’s what makes the band successful because of the family we’ve created,” Rust said.

The Pride of Westfield marching band was named the 2021 ISSMA Scholastic A state champion, and Rust said the band is looking to continue its success and hopes to establish itself as a group that deserves to win. 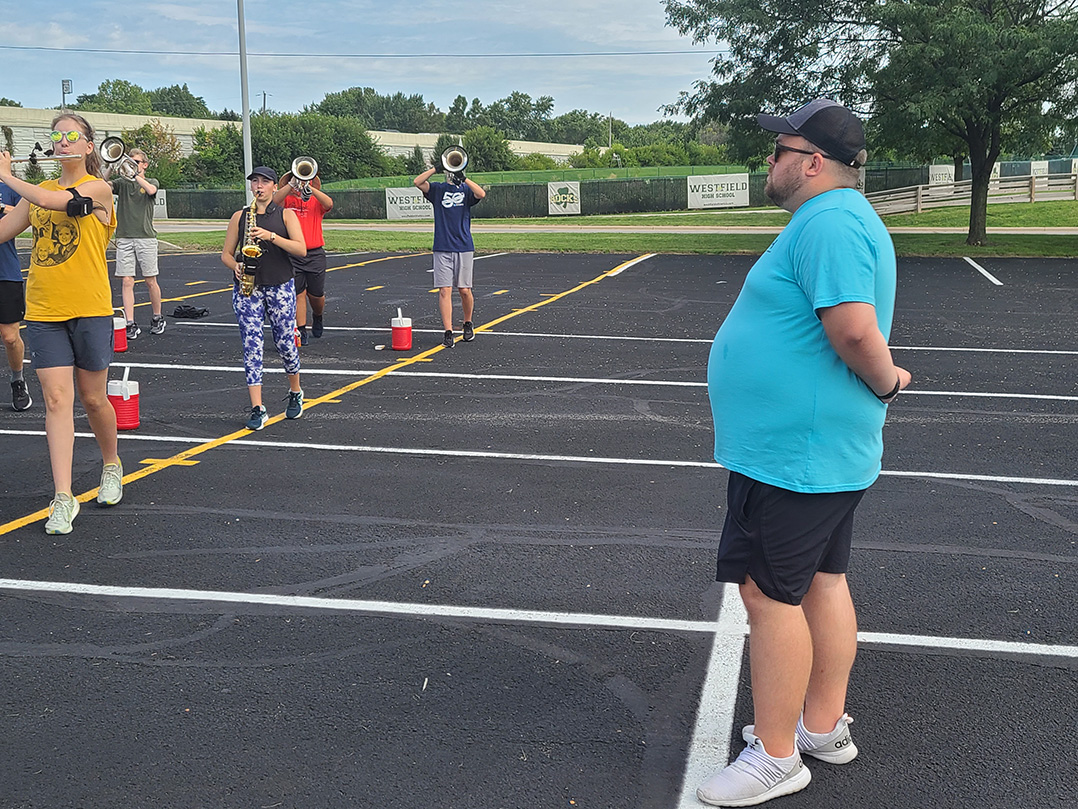 Students kept busy during the summer during band camp, which allowed them to learn different aspects of the show, said Andrew Muth, band director. Each new season allows the group to start from scratch, according to Muth, who said that it allows the group to be taught necessary fundamental skills.

“Our expectation for our program is always that we’re going to be the best version of ourselves, and each group that we have is unique and different than the group before,” Muth said.

Audience members can expect to see different visual elements of street art incorporated into the performance of “The Dark Horse” with flags, uniforms and props, according to Muth. In addition, individuals can also expect to see the word “Hero” printed in different languages during the show, which will also feature different colors.

Muth said the expectation is that the group works as hard as it can to be the best version of the Pride of Westfield.

Muth also said this year’s 110-member group is an increase from the prior season, which had 72 individuals who performed “A Million Different Faces.” This year, there are 50 students who have never marched before, but Muth said he is excited and looks forward to the year.

Muth also said he wants students to approach each practice as an actual performance.

Muth said “The Dark Horse” is based on the idea of being the underdog and that each individual has the potential to be a hero. He said he wants students to be leaders, not only inside the band program, but also off the field.

“We’re really proud that we have so many students who are exceptionally academically,” Muth said. “They’re leaders in other programs and we’re continuing to challenge them with the idea of the show that everyone can be a hero, everyone who has ever (been) an underdog can rise up and be that champion.”

Brianna Clark, a junior with the marching band, also helps lead the group on the field in her role.

“Our preparation has definitely come a long way and we’ve been able to go from doing basic techniques and applying that throughout our show and we spend a lot of time doing marching fundamentals,” Clark said.

“I think that this year is the year where we continue to establish a name for ourselves and that the community is going to see a next step in the band program that has not been seen in Westfield prior to when we started winning,” Rust said. “I think it’s going to be really special for years to come.” 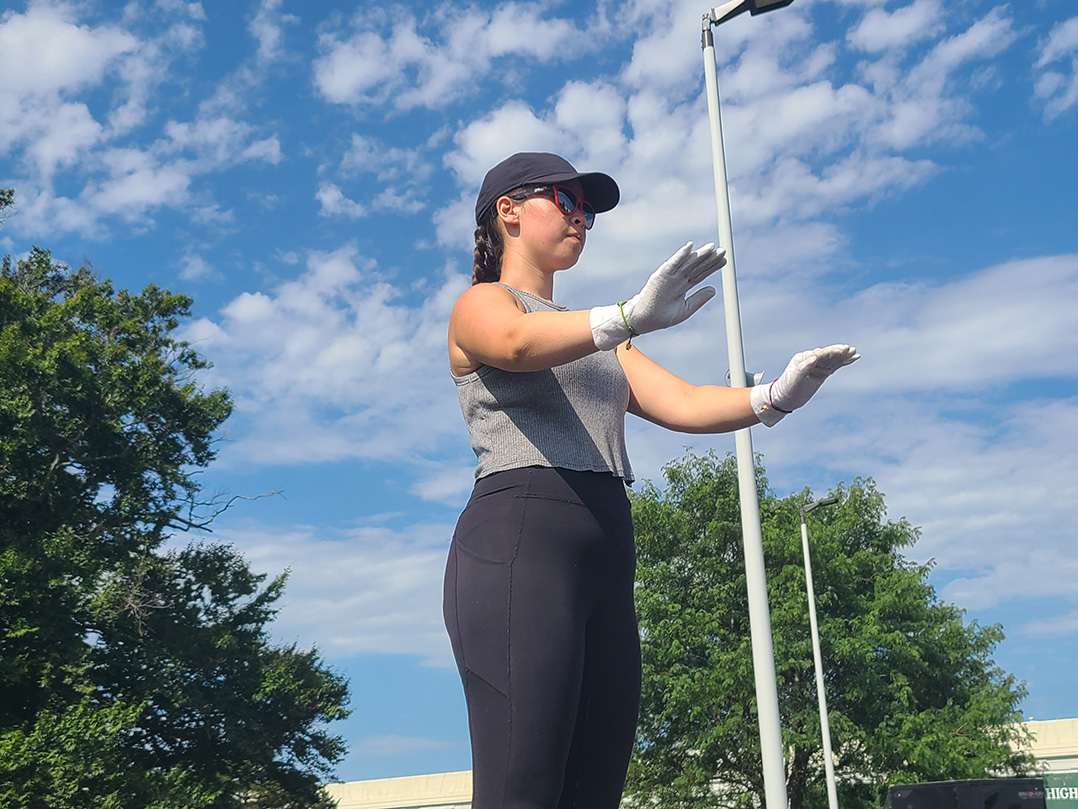