A pandemic-inspired rule prohibiting parents and other guests from visiting Carmel Clay Schools students in lunchrooms and at recess could soon become permanent.

The rule, first implemented in 2020, was initially intended to decrease the chances of COVID-19 being introduced or spread on school campuses. But as district administrators discussed how to handle remaining pandemic-related procedures, they agreed keeping visitors out of crowded, less-structured areas with limited resources to supervise guests would promote student safety.

The CCS school board discussed the matter at its Aug. 22 meeting as part of proposed updates to school handbooks. 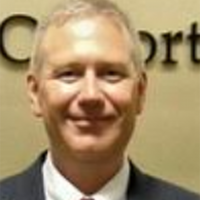 Woodward said most parent visits have been positive for all involved, but previous visits at lunch and recess have led to parents:

“These are not common instances, but they’re enough that our administrators overwhelmingly agreed that restricting lunch visitation creates a safer environment for our students,” Woodward said.

While parents are not permitted in the lunchroom, they are allowed to sign their child out for lunch and take them elsewhere to eat or have a meal together outside.

CCS Supt. Michael Beresford said that school districts have “wrestled with this issue for years” and that he knows it could be a difficult change, especially for students and parents with traditions that include eating lunch together at school. However, he believes the benefits are worth it.

“Percentage-wise, there probably won’t ever be a problem, but if there is a problem it’s going to be a really bad problem,” Beresford said. “It’s going to be something where we question ourselves and say, ‘Why didn’t we do all we could to restrict the access in that setting?’”

The school board will vote on the proposed changes to the handbook at a future meeting.