You are at:Home»Current in Carmel»Carmel Cover Stories»Not so plain and simple: Carmel retiree reflects on Amish childhood, defiant journey to become psychoanalyst

The evidence of Milo Yoder’s first memorable act of defiance against his parents smiles back at him from within a silver picture frame he displays in his Carmel apartment.

The youngest of nine children in his Amish family, Milo, now a retired psychoanalyst, used $2 he made wrangling chickens to pay for a fifth-grade school photo. 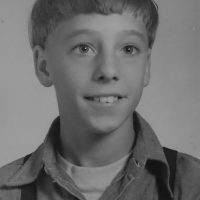 Milo Yoder in fifth grade. Having the picture taken was an act of rebellion against his parents, Milo said. (Photo courtesy of Milo Yoder)

Many Amish people consider photographs to promote vanity and be a form of a graven image, which is prohibited in the Ten Commandments; thus, they don’t allow pictures to be made of them.

For as long as he can remember, Milo, now 80, knew many of his beliefs didn’t align with those of his parents. His first act of rebellion on school picture day was only one of many. Most Amish children in his community quit going to school at age 16, but he continued his education and earned his high school diploma in 1960.

“I never wanted to be Amish, even when I was a little boy,” Milo said. “When I went to high school, I had a set of clothes for high school and had to come home and change into my Amish clothes to do chores so my mom wouldn’t be upset.”

After high school, Milo convinced his father to let him leave the family home a few months shy of his 21st birthday – another anomaly – to begin studying at Eastern Mennonite University in Virginia. The following year he transferred to Goshen College, where he earned an undergraduate degree in social work and sociology in 1965. 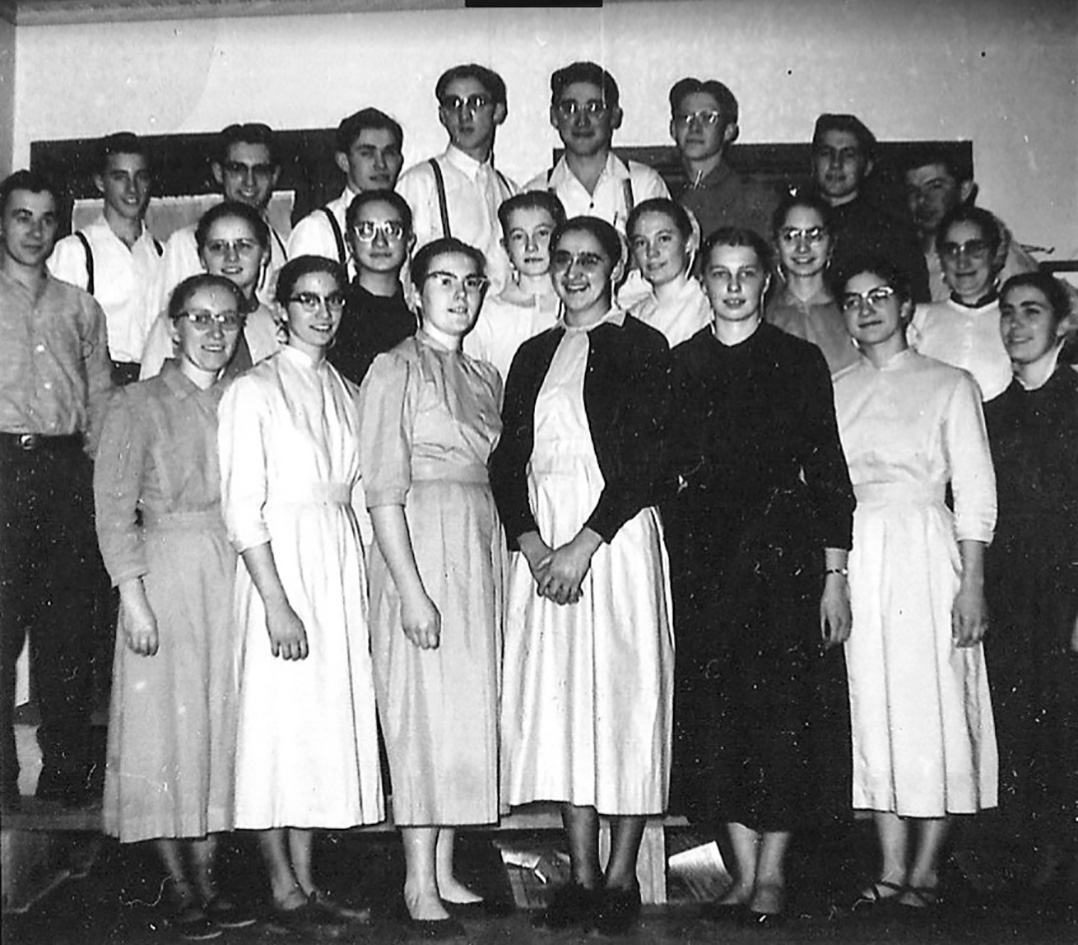 Back row, from left, brothers Christian Yoder and Milo Yoder pause for a rare photo with the Clinton Amish Chorus in December 1957. (Photo courtesy of Christian Yoder)

Milo wasn’t the first member of his immediate family to attend college; that distinction went to his older brother. Now retired in Ohio after a lengthy career as a college professor and composer, Christian Yoder, 84, described himself as the “black sheep” of the family who “broke the ice” for his siblings to extend their education, much to their parents’ dismay. He was the valedictorian of his high school, which earned him a scholarship to attend college.

Christian said he and Milo have always been close, as both boys knew from a young age that they eventually wanted to leave the Amish community and its traditions.

“We bonded pretty strongly,” Christian said. “Neither of us believed all the religious stuff, but we had to keep it to ourselves. We couldn’t let anybody else in the family know.”

Not to be outdone by his erudite older brother, Milo applied for graduate school at Columbia University in New York City and the University of Chicago.

“New York scared the hell out of me, so I ended up at the University of Chicago,” Milo said. “It was the first time I ever had a bus ride.” 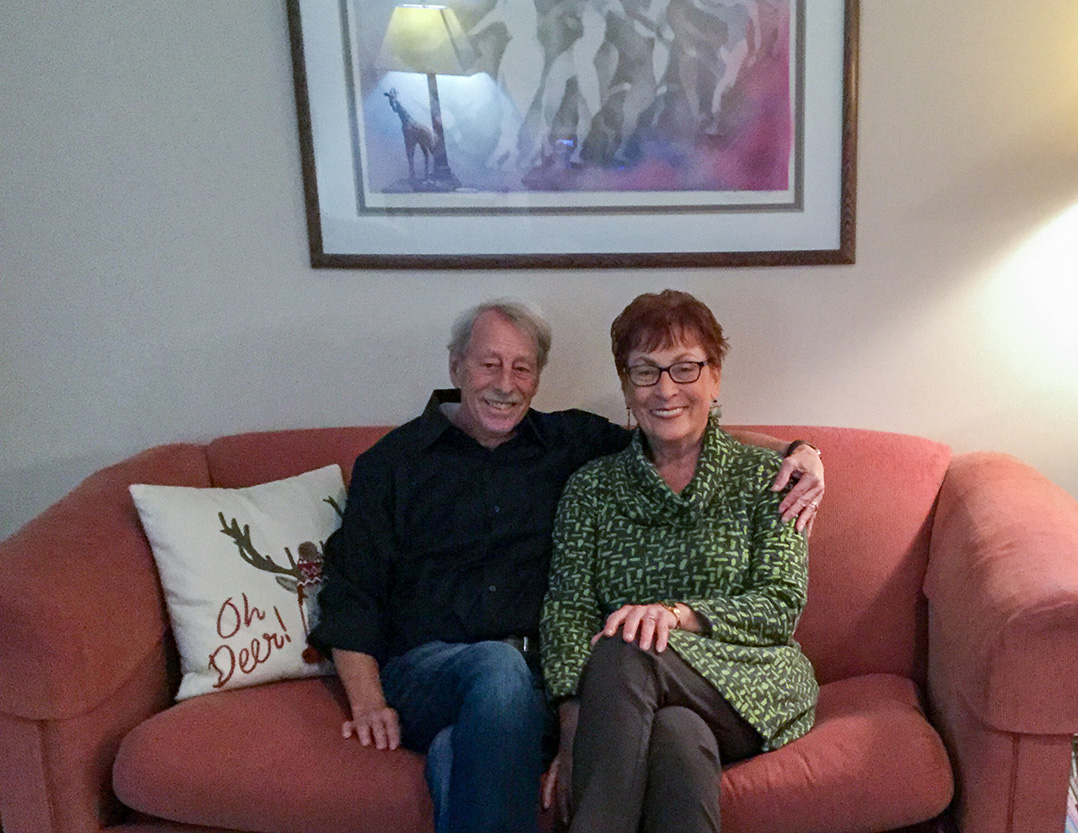 Milo and Judy Yoder have been married for 53 years. (Photo courtesy of Milo Yoder)

Life in Chicago was eye-opening for Milo, who moved to the city with his young Mennonite wife. They soon divorced, but after earning his doctorate degree in psychoanalysis, he met a woman named Judy, who would later become his second wife. The couple has been married for more than 53 years.

Milo practiced as a therapist in Chicago for 50 years before retiring and moving to Carmel to be near his son, daughter and three grandchildren, who all live within a few minutes of his home. He said he loves the ease of living in Carmel, with its lighter traffic and lower prices than Chicago. He’s also a fan of the many golf courses in the area.

Although he left the Amish community, Milo, who now describes his religious beliefs as agnostic, kept in touch with his parents, who eventually became Mennonites. His parents didn’t always agree with his choices, but they remained committed to family.

“It’s a funny thing, my mom and dad actually ended up proud of me,” Milo said. “But I was always against the grain the whole way.” 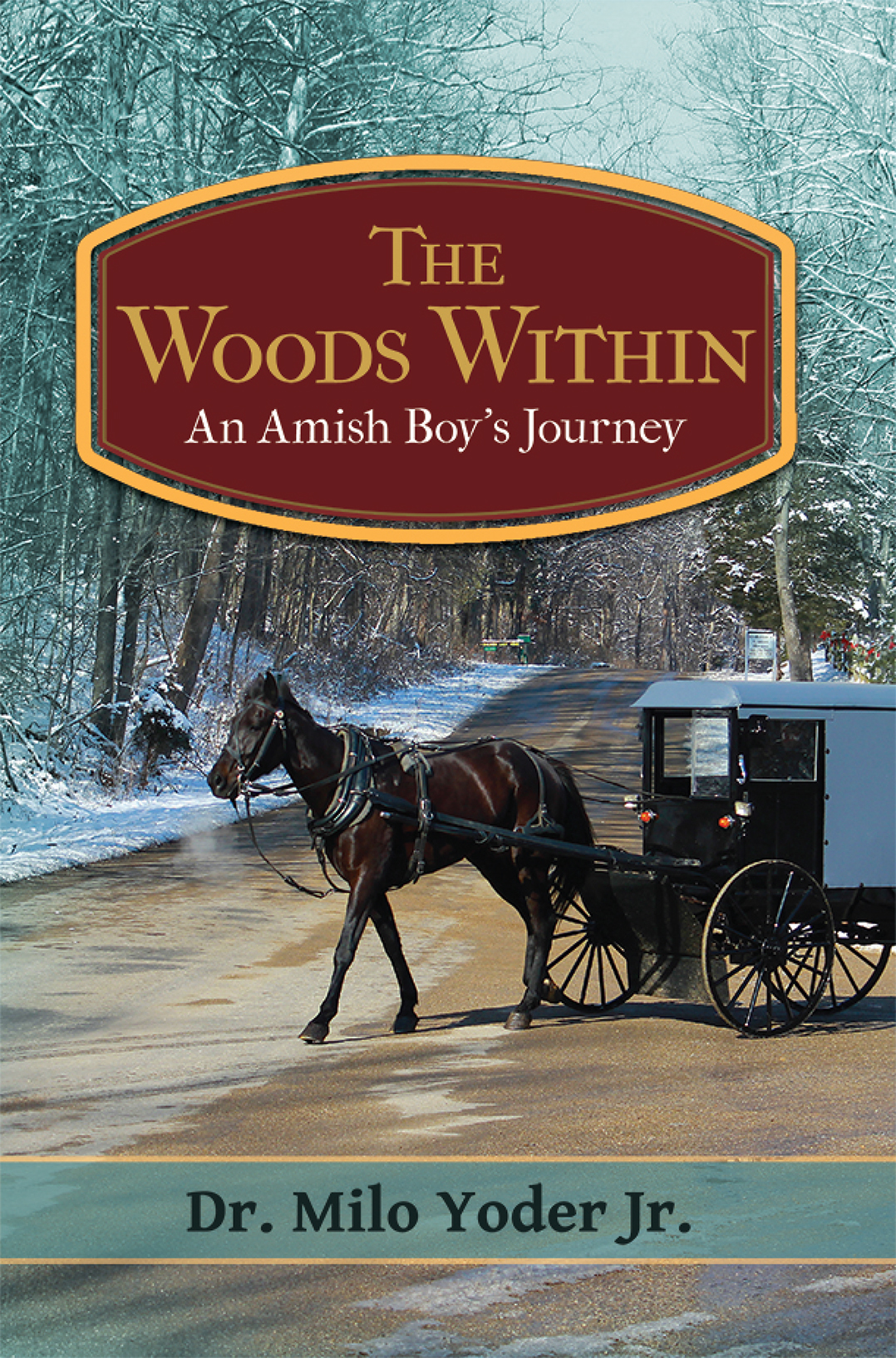 Book covers of “The Woods Within, An Amish Boy’s Journey” and “Jake’s Sequel.” (Photos courtesy of Dorrance Publishing) 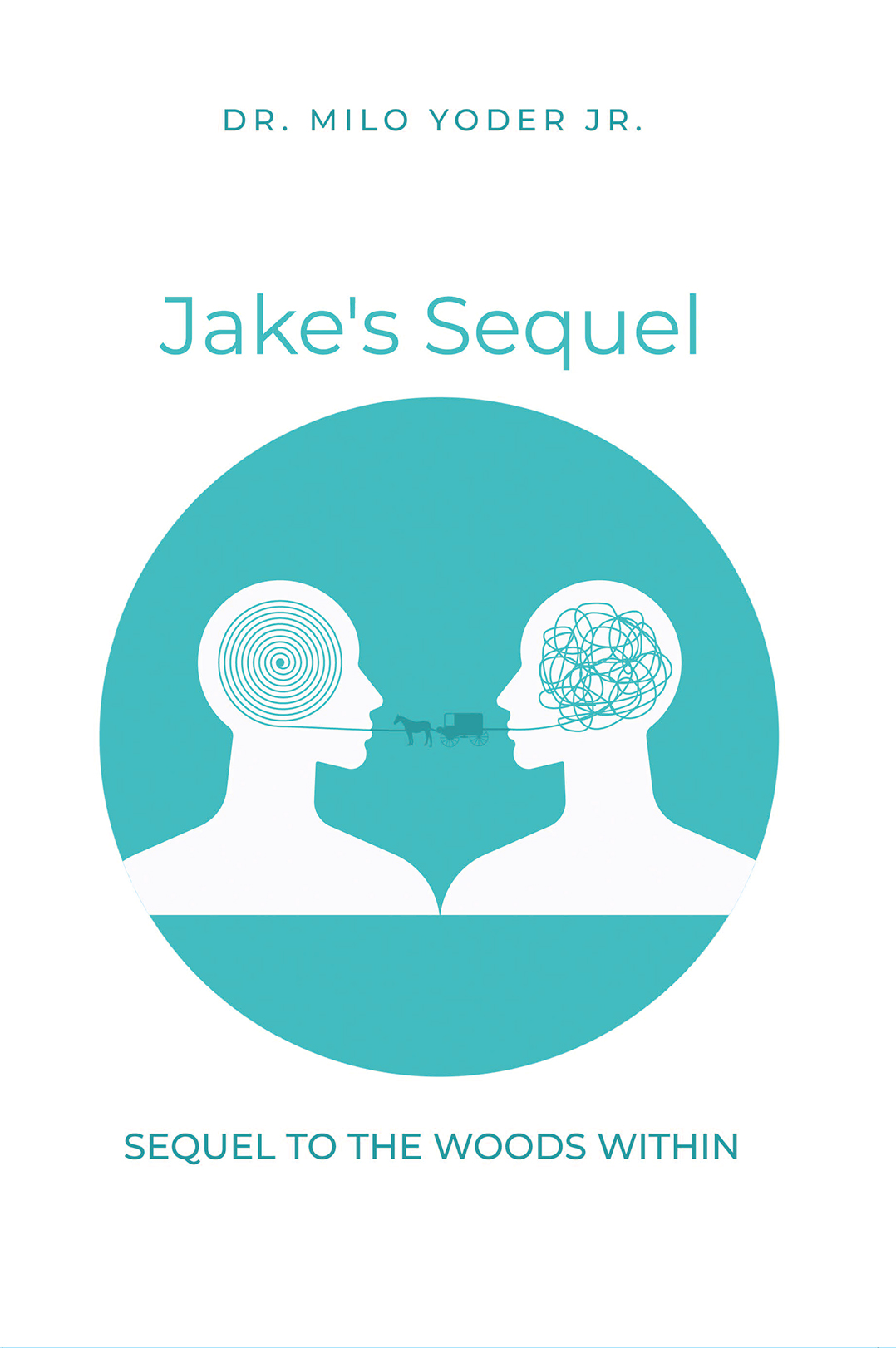 In the 1980s, Milo Yoder was featured in a documentary, “The Amish: Not to be Modern.” The interest in his background generated by the film inspired him to document his own story, although he didn’t publish his work for decades, until after his parents had died.

Published in 2021, “The Woods Within, an Amish Boy’s Journey” is a fictionalized memoir inspired by Milo’s childhood. “Jake’s Sequel,” which documents his college days and career, was released this year.

Both books are self-published through Pittsburgh-based Dorrance Publishing. Learn more at bookstore.dorrancepublishing.com.