Although it’s the second year the Zionsville chamber has received the Indiana Chamber of the Year designation, it is the first time the chamber is up for National Chamber of the Year honor. The chamber also won a national communications award for a video it created called “Why join the chamber?” The video explains what a chamber of commerce does and how it helps local businesses. It is pinned on top of the chamber’s Facebook feed for those who wish to watch it.

Besides being nominated for the National Chamber of the Year award, the Zionsville chamber also is in the running for best in show for communications.

“We are having really a banner year at the Zionsville Chamber,” Gutwein said.

The Zionsville Chamber submitted a video entry explaining projects it has been working on for the ICEA nomination. Projects include providing STEM-training for students in seventh to 12th grade, addressing issues such as workforce development and providing guidance and micro groups for its members.

The free STEM training allows students to learn about STEM jobs in the Zionsville area and also provides an opportunity to complete a project in which they use coding, CAD design, 3D printing and physics.

“Another piece is that we have been doing a lot of work in the space of not just workforce development as it pertains to STEM, but what are we doing in order to start looking a little bit longer term with the workforce development challenges we have,” Gutwein said. “We are providing educational resources through connecting with other members and seeing what those other members are able to do and allow peer-facilitated networking groups called micro groups.”

Williams said ICEA used a panel of chamber professionals in states other than Indiana to review the semi-finalists for Indiana Chamber of the Year. She said this was the first year all six judges chose the same chamber – Zionsville – for the highest score. There were nine semi-finalists.

The scoring sheets are returned to Williams prior to the National Chamber of the Year announcement, so she said there’s no correlation between an ICEA finalist being a finalist for the national award.

“That speaks very highly of the Zionsville Chamber team,” she said. “They are very innovative in what they’re doing, very entrepreneurial and a great organization to steal ideas from because in the chamber world, we do that.” 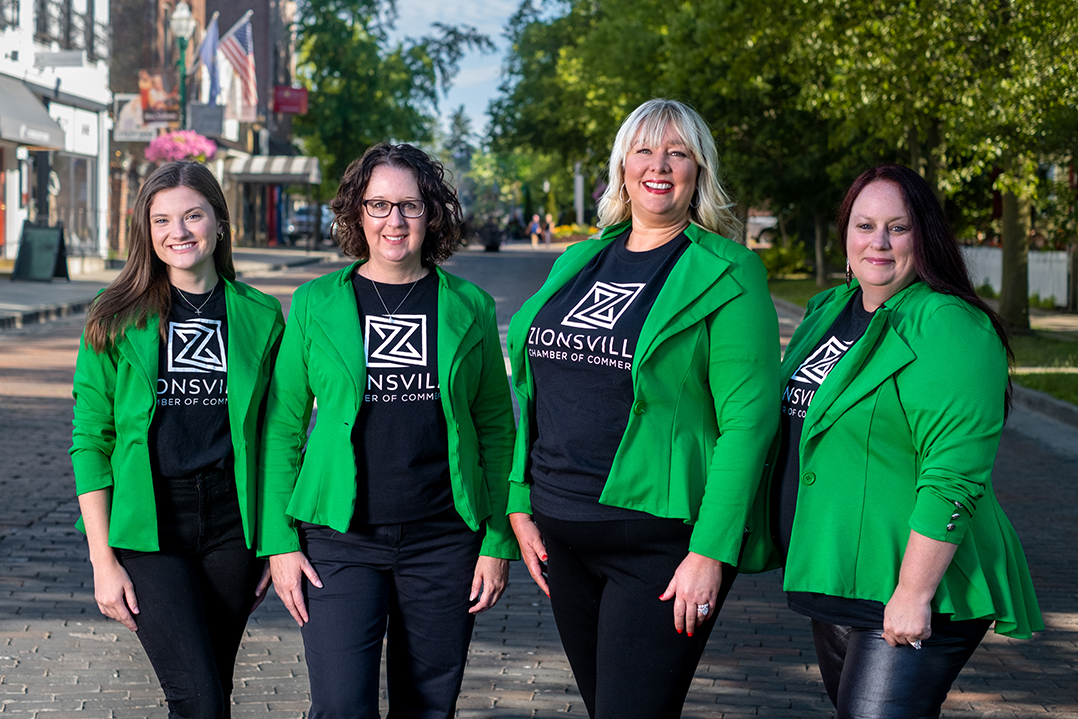 “I think Allyson’s leadership is dynamic. It brings a different thought process,” she said. “A lot of her effort goes into listening to what the needs are for her members and also telling the story of the organization. She’s bold. Zionsville is not one of our larger chambers, but that does not hold her back.”