Palmer Ault knows how fortunate he has been the last several months.

Prior to starting his college soccer career at Butler University, the 2022 Noblesville High School graduate has been able to maintain his amateur status while practicing and even seeing some limited game action with the Indy Eleven in the United Soccer League. Ault is not paid but is able to play through an NCAA rule change.

“It’s been a fantastic experience (and) being able to be in with a professional team, playing with a lot of guys that are a lot older than me, faster than me, stronger than me, has helped me,” Ault said. “I’m playing with some veteran players who have been playing longer than I’ve been alive. It’s helped me see the game in a different perspective that I haven’t before. It’s better preparing me for the next level.”

Ault, a forward who helped lead Noblesville to a Class 3A IHSAA state title in 2021, said he is grateful for the experience he is getting before reporting to Butler in early August.

Ault has even appeared in a few Indy Eleven games.

“My amateur contract allows me to be involved in all the first team activities,” he said. “I don’t get paid, so I get to keep my college eligibility.”

Kiki Wallace, Indy Eleven and Indy Fire Juniors academy director, said the USL rule allows players to sign an amateur contract with no compensation and the player is only having expenses paid.

“From a player’s perspective, we’re able to send people to college with one or two years’ experience playing with pros and being in a pro environment,” Wallace said. “The men’s coaches at Butler are ecstatic with the opportunity Palmer is getting because it’s helping him grow and adapt to playing against bigger, stronger and more athletic players. When you come in as a freshman, you are going up against seniors in college. To be playing against pros, he’s adapting athletically to the challenges he’s gong to face. The other thing for Palmer is his confidence will grow, because now he’s been competing at one of the highest levels in the country (and it) has to give you a lot of confidence now going into college as a freshman.”

Wallace said Indy Eleven benefits from having more bodies in training and extending their roster.

“These Academy contracts allows them to round out their roster and stay on budget,” he said.

Ault began training with Indy Eleven when he joined the Indiana Fire Academy in the summer of 2021. He signed his Indy Eleven Academy contract in late January.

The Indiana Fire Academy was linked with Indy Eleven and was called Indy Eleven Academy in one league.

Ault was a member of the Indy Eleven Academy team that won the 2021 USL Academy playoffs in December in Tampa and won the Academy Cup in the spring in Tampa.

“Being able to win two cups with the club has been a fantastic experience,” he said.

Ault technically graduated a semester early in December, which allowed him to play with the Indy Eleven. He was able to participate in graduation ceremonies in June with the rest of his classmates.

The Indy Eleven can only dress 18 players each game.

“When there were injuries or players on international leave, that’s where I had to step in and fill one of those 18 spots for home games and some away games,” he said.

Ault drew interest from several colleges, and Butler was one of the first.

“Once I got my offer from them, I committed pretty soon after that because I knew that’s where I wanted to go,” he said. “There was a little relief knowing that I’m going to the place where I want to be. I truly can’t wait until this fall and the next few years at Butler.”

Ault finished his career with the Millers with 67 goals and 39 assists.

“I’d love to see where my career goes after Butler. Hopefully, (I’ll) keep playing the sport I love,” said Ault, a three-time all-state first team selection who was named Indiana’s Mr. Soccer for 2021.

Noblesville High School boys soccer coach Ken Dollaske said he has kept in contact with Ault to see how the experience has been.

“He said every training session there is so much preparation for what comes next, whether it’s Butler or in the future, taking that professional step,” Dollaske said. “The experience he gained has been instrumental toward that ultimate goal.”

Dollaske noted that Jenna Chatterton, who helped the Noblesville girls win two consecutive Class 3A state titles in 2019 and ’20, played for the University of Tennessee in 2021 and then joined the Indy Eleven’s women’s team in April for the summer.

“It provides different avenues to continue to play at a higher level of soccer that haven’t existed in the past,” Dollaske said. 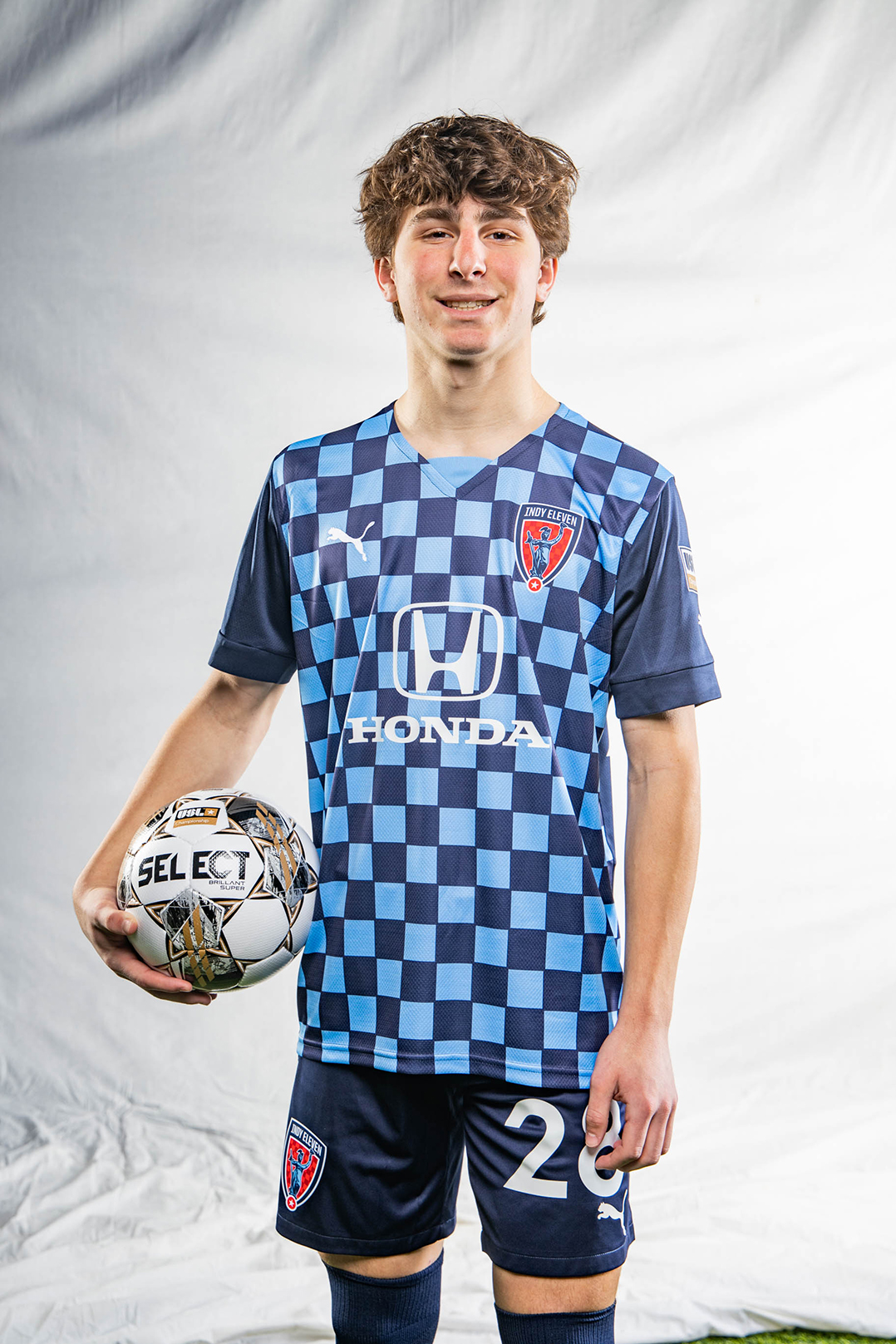 Palmer Ault, a 2022 Noblesville High School graduate, is practicing and playing games with Indy Eleven prior to starting his college soccer career at Butler University.