You are at:Home»Current in Carmel»Carmel Community»Carmel Police Dept. deputy chief removed from position after investigation of inappropriate behavior

A Carmel Police Dept. deputy chief has been removed from his position after the city received reports of inappropriate behavior with female employees. 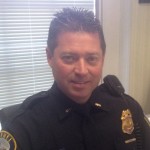 The city announced July 20 that CPD Chief Jeff Horner removed Joe Bickel from his role and has recommended to the Carmel Police Merit Board that Bickel be dismissed from the department. Bickel has worked for CPD since 1994.

According to the city, Bickel is accused of groping the breast of a female employee, attempting to forcibly kiss a different female employee and kissing the hand and neck of another female employee at a work-related event. The city also received allegations that Bickel attempted to use his position of authority to influence a CPD employee to violate a department standard operating procedure to benefit a family member.

The city ordered an external investigation of the allegations, during which Bickel was suspended.

“I am disappointed that one of the key leaders in our police department did not uphold the high standards of conduct expected of those in positions of authority. All levels of our law enforcement team should reflect the excellence of our nationally recognized and accredited police department, especially those who were chosen to set the example for all to follow,” Carmel Mayor Jim Brainard stated. “I fully support Chief Horner’s decision to recommend Bickel’s termination, because doing so is necessary to maintain the integrity and reputation of our Carmel Police Department.”

Per state law, Bickel may remain with CPD until the Carmel Police Merit Board takes action on the matter. A meeting date has not been publicly announced.

When Horner became CPD chief in January, he appointed Bickel to replace him as deputy chief of administration. Previously, he served on the CPD SWAT team and was a field training officer, CPD Explorer Advisor and public information officer.

Current has reached out to Bickel for comment but did not receive an immediate response.