The first Shakespeare at the Fort series kicks off July 21 and runs through July 24 at the amphitheater on the Fort Ben campus at 8929 Otis Ave. in Lawrence.

The play is “A Midsummer Night’s Dream,” which Jay Hemphill, artistic director for Arts for Lawrence, refers to as Shakespeare’s “rom-com.” The play has had many adaptations and this one is no different. Directed by Matthew Socey of WFYI, this rendition is set in Louisiana. 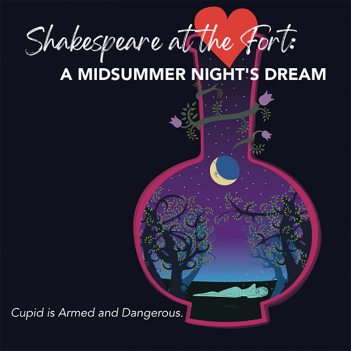 “We’re setting it in Louisiana because it’s sort of this magical place, anyway,” Hemphill said. “So, (we’re) playing on the mystery, the European style of Louisiana, and sort of the magical feel of New Orleans.”

The play starts at 7:30 p.m. and runs for about two hours. Prior to each performance, a Louisiana brass band, Pork and Beans, will set the mood starting at 6:30. There will also be food trucks and a craft opportunity for kids to make their own fairy wings.

The cast consists of local professional actors who perform in other companies throughout Indianapolis. They will perform on the grass, sidewalks and on the stage. They might also encourage the audience to dance along throughout the play, Hemphill said.

Hemphill also said this version of the play was written for a more modern audience.

“This was meant for the masses,” he said. “And so, you know, whether it’s the political intrigue of Julius Caesar, you know, or love like you have in a comedy in ‘A Midsummer Night’s Dream,’ all the topics are very relevant,” he said.